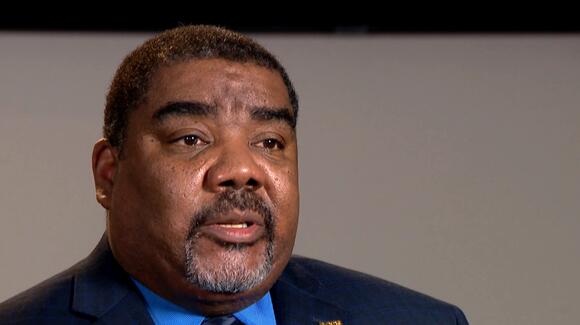 CHICAGO (CBS) -- There was a victory Wednesday for the head of the state's Department of Children and Family Services.

More than 10 times this year , a judge held DCFS Director Marc Smith in contempt of court for failing children. The rulings involved kids being left in hospitals longer than necessary.

In one case, a child was left in an "inappropriate placement" for a year.

An Illinois Appellate Court panel on Wednesday ruled that the judge abused his discretion with the contempt of court findings against Smith – and overturned 10 of them.

The higher court did say however, that the lower court judge – former Cook County Public Guardian Patrick Murphy - was trying to address a widespread problem and that Smith has fallen "woefully short."

The appellate court called DCFS failures with the kids referenced in the decisions "absolutely unacceptable."

CHICAGO (CBS) – An electrician for the Chicago Transit Authority was awarded $99,000 after he said he was harassed at work.In one instance, a noose was hung in a building where he was working.Lasona McKinney said it all started in October of 2018, when he spoke out about his foreman, whom he accused of racially discriminating against him.McKinney said the foreman and other co-workers harassed him for years as retaliation. A federal jury handed down the verdict awarding the $99,000 on Friday.
CHICAGO, IL・1 DAY AGO
CBS Chicago

Former CPD officer charged with cheating his way out of tickets

CHICAGO (CBS) -- A former Chicago Police officer stood charged with multiple felonies Tuesday on the grounds that he cheated his way out of parking tickets and moving violations with false statements and phony documents.Among other things, the former officer falsely claimed that his girlfriend had stolen his car and was the one driving it when it got busted by speed cameras – and he provided fake police reports to back up his claim, authorities alleged.Jeffrey Kriv, 56, of Chicago was charged Tuesday with four counts of perjury and five counts of forgery, according to the Chicago Office of the...
CHICAGO, IL・13 HOURS AGO
CBS Chicago

WHEATON, Ill. (CBS) -- DuPage County Sheriff James Mendrick has now had a change of heart when it comes to the new Illinois assault weapons ban. After a conversation with the DuPage County Board and State's Attorney, Mendrick now says he is "committed to enforcing state and local laws, including the Protect Illinois Communities Act." A full joint statement from Mendrick and two other officials said: "DuPage County Board Chair Deborah Conroy, Sheriff James Mendrick, and State's Attorney Robert Berlin engaged in a meaningful conversation during which they discussed their shared commitment to the safety of DuPage County residents. The...
DUPAGE COUNTY, IL・1 DAY AGO
CBS Chicago

Investigation into video of Chicago school employee's confrontation with student

CHICAGO (CBS) – A startling confrontation between a student and Chicago school employee was caught on camera. It happened at Roosevelt High School in Albany Park.The employee is under investigation and not allowed on school property.CBS 2 Investigator Megan Hickey learned parents were informed about the incident late Tuesday.The cellphone video shot at Roosevelt High School. The principal sent home a letter to parents informing them about the incident.The video starts in the cafeteria. An adult and student can be seen with arms locked behind their backs. The student eventually ended up on the ground.Students gathered around. The two wrestled...
CHICAGO, IL・18 HOURS AGO
CBS Chicago

CHICAGO (CBS) -- An Illinois Appellate Court panel's ruling on Tuesday will keep the state's new assault weapons ban on hold – at least for some specific gun owners.In a 2-1 decision, the Fifth District Appellate Court panel ruled because of some exemptions in the law, plaintiffs in a case out of downstate Effingham County had a reasonable argument that it violates their "equal protection rights."The temporary restraining order that was upheld only means the law cannot be enforced for those particular 866 people and gun businesses who were plaintiffs in the downstate lawsuit.Accuracy Firearms of Effingham was the lead...
ILLINOIS STATE・13 HOURS AGO
CBS Chicago

WHEATON, Ill. (CBS) -- Laura Morgan was only 3 years old in 1982 when her mother, Linda Morgan, bought a bottle of Tylenol from her local grocery store to ease the pain of an aching leg.Like several others, Linda didn't know the bottle she purchased contained pills poisoned with cyanide. But unlike the others, she survived. "Now that I'm old enough to understand – I have a child of my own – knowing that my life could have been forever altered without my mom or dad," Laura said. "I don't know why we were spared, but we were."Beginning on Sept....
CHICAGO, IL・2 DAYS AGO
CBS Chicago

CHICAGO (CBS) – Wage theft costs Americans more than any other type of theft. The figure nationwide is $50 billion. But, for each person impacted it can be hundreds or even thousands of much-needed dollars. Some people might not even realize they are missing money from their paychecks because sometimes it's just a few dollars here and there.A worker advocacy group, the Chicago Workers Collaborative helped Jose Neri, one Illinois worker whose employer didn't pay him what he was owed.He worked for one week at a home and office cleaning business. He spent that week tidying up a Target store....
AURORA, IL・2 DAYS AGO
CBS Chicago

HARVEY, Ill. (CBS) -- A south suburban school worker stood accused Monday night in a bizarre scheme involving more than $1 million worth of stolen chicken wings.Vera Liddell is the former director of food services at Harvey School District 152 in south suburban Harvey.The Cook County State's Attorney's office alleged Liddell launched an embezzlement scheme that resulted in the theft of more than $1.5 million in taxpayer money.The scheme began during the height of the COVID-19 pandemic, when schools were closed on state order and replaced by virtual learning. Despite the fact that children were learning remotely, the school district...
HARVEY, IL・1 DAY AGO