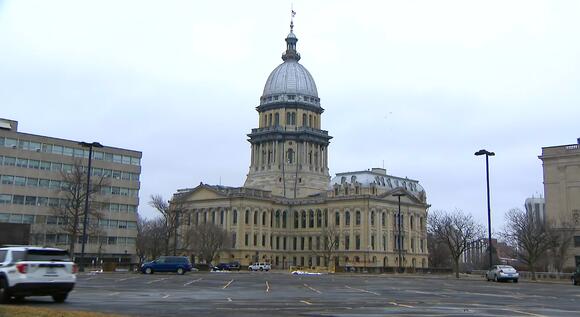 CHICAGO (CBS) -- Illinois lawmakers on Thursday approved changes to the SAFE-T Act – a piece of legislation passed last year that includes the end of cash bail.

The amendments passed both houses of the Illinois General Assembly Thursday and now go to Gov. JB Pritzker's desk.

"The SAFE-T Act must be repealed because it lets violent criminals and murderers out of jail before trial," Bailey said at a debate with Pritzker.

"If you want to reduce crime, you've got to solve crime," Pritzker said in the debate.

The topic is now once again coming to the forefront, following the 308-page amendment passed Thursday with tweaks filed by state Sen. Robert Peters (D-Chicago).

Attorney Tamara Walker said the tweaks are more about clarifying language than they are about changes.

"I think that there was a lot of propaganda, originally, with some of the politicians' ads – and it was highly politicized, and really divisive," Walker said.

Among the proposed amendments include:

--New language specifying that the new cash bail changes will apply to those charged after Jan. 1.

--Language specifying timelines by which defendants must appear for their hearings – which would depend on their charges.

--Expansion of the number of charges for which a judge can order pre-trial detention.

--Clarification that police can still arrest people in cases of trespassing, if they deem it to be a threat to safety.

Prosecutors must also prove why someone poses a threat to public safety.

"My understanding of the change is that it would require prosecutors to list specific reasons – not just a generalized statement," Walker said.

Walker said this amendment process is routine. But it is one that has been highlighted due to the nature of the criminal reform overhaul.

"With any legislation that is proposed, that is new legislation," Walker said. "It goes through an amendment process. Different changes get proposed, This is no different than what the ordinary process is."

CHICAGO (CBS) -- California attorney Thomas Girardi and two colleagues from his law firm are facing federal charges accusing them of stealing more than $3 million in settlement money from the families of victims of the 2018 crash of Lion Air Flight 610 in Indonesia.Girardi, the estranged husband of "Real Housewives of Beverly Hills" star Erika Jayne, has been indicted on eight counts of wire fraud and four counts of criminal contempt of court. David Lira, an attorney at Girardi's law firm, Girardi Keese; and Christopher Kamon, the former head of accounting at Girardi Keese, both also are charged with...
CALIFORNIA STATE・2 DAYS AGO
CBS Chicago

ST. JOHN, Indiana (CBS) – The St. John, Indiana police chief announced one of his officers is being criminally charged for shooting at another officer from a different town.CBS 2's Noel Brennan was in St. John to break down the story.Two months ago, we heard different versions of the same story from two different police departments in Northwest Indiana.On Wednesday, we learned the St. John Police Department has an officer facing felony charges. The mayor of nearby Hammond was glad to see it.The chief of the St. John Police Department read a statement but didn't take questions about the new...
HAMMOND, IN・1 DAY AGO
CBS Chicago

CHICAGO (CBS) -- Dramatic video shows the moment an Illinois state trooper was thrown from the top of a stolen car near the Dan Ryan Expressway late on Tuesday afternoon.At least one of the thieves was still on the run a day later.CBS 2's Sabrina Franza spoke Wednesday with the owner of the stolen car - a rideshare driver who was carjacked at gunpoint by their own passengers.Again, at least one of those passengers is still out there, and thus, the driver did not want to speak with us on camera.The shocking video was taken right off the Dan Ryan,...
CHICAGO, IL・2 DAYS AGO
CBS Chicago

The Defense Department is "confident" a balloon spotted over Montana is a surveillance balloon from China, a senior defense official said Thursday. Joint Chiefs of Staff chairman General Mark Milley and vice chairman Gen. Christopher Grady recommended against taking "kinetic action" because of possible danger from falling debris, the defense official said. President Joe Biden has been briefed on the situation. This is a breaking story. It will be updated.
MONTANA STATE・1 DAY AGO
CBS Chicago

CHICAGO (CBS) -- It's never too late to have a second honeymoon. Just look at Vern and Donna Nelson. They enjoyed their honeymoon at the Palmer House hotel 70 years ago. They returned on Monday for a special anniversary celebration.The Nelsons got quite a welcome in the hotel's Empire Room. The Iowa couple had a special lunch while being serenaded.So, what's the secret to a long marriage? The simple advice is the best. "Never go to bed angry or upset. Get that all taken care of before you go to bed. And we do that," Donna said.The head of Hilton, which owns the Palmer House, said he'd host anyone who honeymooned there more than 50 years ago. So the Nelsons' kids emailed, and the hotel set the whole thing up.   The Nelsons have three children, four grandchildren, and two great grandchildren.
IOWA STATE・3 DAYS AGO
CBS Chicago

CHICAGO (CBS) – Romance is in the air this season, for coyotes.It's mating season for the animals, and the Forest Preserve of DuPage County is warning people to watch out for them wandering around homes.Make sure to keep dogs on a leash, and cats indoors.If you do encounter a coyote, don't run. Try to appear large to scare them.CBS 2 spoke with an ecologist back in October about being careful with coyotes in our area."What you have are juvenile coyotes and essentially they are leaving mom and dad's territory, and they're striking out on their own trying to find their town territory," said Dan Thompson. "But if you can imagine the Chicago region, it's pretty well established with coyote pairs. So these guys are really nomadic right now."The coyote mating season typically runs through May.
CHICAGO, IL・1 DAY AGO