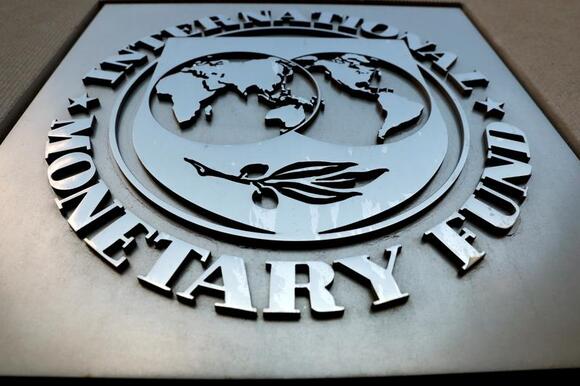 WASHINGTON (Reuters) -International Monetary Fund strategy chief Ceyla Pazarbasioglu said she will travel to China next week for high-level meetings, part of efforts to press the world’s largest sovereign creditor for quicker progress on debt restructurings for countries in need.

Pazarbasioglu welcomed China’s participation in a debt treatment package for Chad, the first country to complete the process under the Common Framework set up in late 2020 by the Group of 20 major economies.

All eyes are on Zambia now, whose creditors are still hammering out a debt treatment solution, Pazarbasioglu told reporters on Wednesday. She described Zambia’s larger and more complicated debt restructuring as the real test case for the Common Framework.

Zambia’s finance minister told the Reuters NEXT conference on Wednesday that his country was pushing to complete the restructuring of nearly $15 billion of external debt in the first quarter of 2023 and was engaging actively with its largest bilateral creditor China.

Pazarbasioglu said it was critical to move forward and that “outreach to China next week is very important, at the highest levels.” She noted that President Xi Jinping was the only leader to mention the framework in remarks at the G20 summit in Indonesia.

U.S. Treasury Secretary Janet Yellen and other officials from the Group of Seven advanced economies have accused China of delaying efforts to restructure the debts of heavily indebted countries.

China has argued that multilateral development banks should also participate in debt restructurings and that private creditors should be more engaged from the start of such processes.

About a quarter of emerging market economies - and 60% of low-income countries - are at or near debt distress, the IMF has said, and it is urging countries to seek help early rather than wait until they were in full-blown crisis.

Pazarbasioglu said China was hosting a meeting of the “Premiere Plus,” including international financial institutions and officials from China Development Bank and the Export-Import Bank of China. Such meetings used to take place regularly, but were cancelled during the height of the COVID-19 pandemic.

“It’s moving - very slowly, but it’s moving,” Pazarbasioglu said, noting that the participation of mining company Glencore Plc in the Chad treatment was also “a very good sign” that “even the most difficult private sector participants” were participating.

She said the Paris Club of official bilateral creditors had taken years to hammer out their debt relief processes, and China was learning, although she noted that the debt issues facing borrowing countries now were acute.

“The problem we have is that we don’t have that time right now because these countries are very fragile and dealing with debt vulnerabilities,” she said. “What we need is speed.”

Pazarbasioglu said the IMF would continue to press for changes to the Common Framework, including a freeze in debt payments when countries apply for a debt treatment, as well as clearer procedures and timelines for action, and ensuring comparable treatment for private creditors.

One key issue was that large creditors needed to work out internal institutional mechanisms to deal with the unviable debts and prepare for haircuts.

WASHINGTON, Jan 24 (Reuters) - After U.S. Treasury Secretary Janet Yellen called China a "barrier" to debt reform in Africa this week, Chinese officials in Zambia had a pointed response - get your own house in order.
WASHINGTON STATE・3 DAYS AGO
Reuters

WASHINGTON, Jan 24 (Reuters) - The United States has determined that some Chinese companies are providing non-lethal assistance to Russia for use in the Ukraine war and officials are noting their concern to the Chinese government, a source familiar with the matter said on Tuesday.
WASHINGTON STATE・2 DAYS AGO
Reuters

Jan 25 (Reuters) - Brazilian President Luiz Inacio Lula da Silva said on Wednesday that he favored an agreement between Mercosur and China in a plan to modernize and open the South American trade bloc to other regions.
1 DAY AGO
Reuters

AMSTERDAM, Jan 27 (Reuters) - The Netherlands' Prime Minister Mark Rutte said on Friday that it is not clear whether his government will disclose the result of ongoing talks with the U.S. over new export restrictions for the semiconductor industry.
1 HOUR AGO
Business Insider

Trump, who referred to Putin as a "genius" the week Russia invaded Ukraine, was once impeached over his dealings with Kyiv.
17 HOURS AGO
Reuters

OTTAWA, Jan 24 (Reuters) - Canada is disappointed the United States plans to maintain tariffs on Canadian softwood lumber imports, Ottawa said on Tuesday, arguing that a negotiated solution to the longstanding dispute was in the best interests of both countries.
2 DAYS AGO
Reuters

WASHINGTON, Jan 26 (Reuters) - President Joe Biden cast Republicans as representing the party of "chaos and catastrophe" on Thursday and sharply criticized their refusal to approve an increase in the U.S. debt ceiling unless they get a deal on spending cuts.
GEORGIA STATE・18 HOURS AGO
Reuters

Jan 24 (Reuters) - The U.S. Justice Department sued Alphabet's Google (GOOGL.O) on Tuesday, marking the third antitrust lawsuit filed against a tech giant since the Trump administration kicked off investigations of the platforms and the Biden administration pledged to press on with the probes.
TEXAS STATE・2 DAYS AGO
Reuters

GENEVA, Jan 24 (Reuters) - A Swiss parliamentary body proposed on Tuesday waiving a re-export ban that prevents ammunition it manufactures from being re-exported from another country to Ukraine.
2 DAYS AGO
The US Sun

A RUSSIAN warship armed with “unstoppable” hypersonic missiles is sailing towards the US coast in a show of strength, reports claim. The guided missile frigate Admiral Gorshkov has been closely monitored by Nato navies on its maiden voyage armed with 6,670mph Zircon weapons. An unconfirmed Russian Telegram channel...
3 DAYS AGO
Reuters

The U.S. announced Wednesday that it would be sending 31 Abrams tanks to Ukraine one day after Germany said it would send its Leopard 2 tanks.
1 DAY AGO
Reuters

LIMA, Jan 25 (Reuters) - A group of Peruvian lawmakers on Wednesday submitted a motion seeking to impeach President Dina Boluarte after a little over a month in power citing "permanent moral incapacity".
1 DAY AGO
Reuters

Turkey says it is "meaningless" to restore NATO dialogue with Sweden, Finland

ANKARA, Jan 26 (Reuters) - Turkish Foreign Minister Mevlut Cavusoglu said on Thursday it was "meaningless" to hold a trilateral meeting with Sweden and Finland to discuss their NATO bids after protests this month in Stockholm.
1 DAY AGO
Reuters

BENGALURU, Jan 27 (Reuters) - U.S. Treasury yields a year from now are forecast to trade sharply lower than the level expected by bond strategists polled by Reuters just one month ago, underscoring how much financial markets have diverged this year from the central bank's view.
6 HOURS AGO
Reuters

WARSAW, Jan 27 (Reuters) - Poland will send an additional 60 tanks to Ukraine on top of the 14 German-made Leopard 2 tanks it has already pledged, the Polish prime minister said in an interview with Canadian television on Thursday.
4 HOURS AGO
Reuters

Jan 25 (Reuters) - Russian President Vladimir Putin avoided commenting on Germany's landmark decision on Wednesday to supply tanks to Ukraine during a visit to Moscow State University, instead dispensing career advice to students and fielding questions on other topics.
2 DAYS AGO