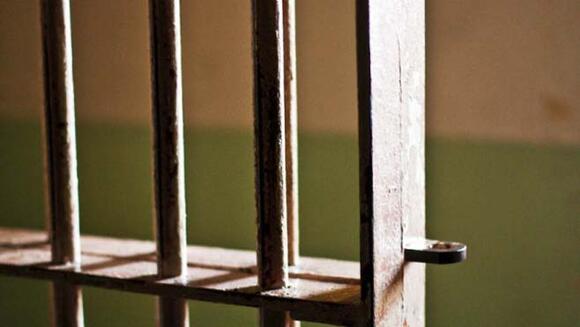 Florence Randle of Gibson, Louisiana pleaded guilty to one count of conspiracy to commit mail fraud.

In exchange for her guilty plea the U.S. Attorney’s office dismissed her prior four counts of mail Fraud.

Randle faces a maximum penalty of five years’ imprisonment, supervised release of up to three years and a fine up to $250,000.00.

Federal investigators say Randle served as an intermediary who recruited and directed passengers to participate in staged automobile collisions with tractor-trailers on May 17, 2017 and June 6, 2017.

The passengers filed fraudulent lawsuits that falsely claimed that the tractor-trailers were at fault, and coordinated with others to arrange the staged collisions.

Morgan City man pleads guilty to 2nd degree murder, “I’m just doing what I feel is the right thing to do”

Suspects wanted for questioning in shooting on Chef Hwy

The NOPD is asking for the public’s assistance in locating two male suspects in connection to a shooting incident that occurred Monday (Jan. 30) in New Orleans East.
NEW ORLEANS, LA・18 HOURS AGO
WGNO

A Louisiana charter captain has been arrested after allegedly issuing worthless checks, and taking payment for trips and not following through, according to the Louisiana Department of Wildlife and Fisheries (LDWF).
LOUISIANA STATE・1 DAY AGO
WGNO

According to the NOPD, the incident happened early Thursday morning in the 5600 block of Tchoupitoulas Street.
NEW ORLEANS, LA・3 HOURS AGO
WGNO

Michael LeBlanc, Sr., 74, of Baton Rouge was sentenced to 24 months in prison, a $50,000 fine and two years of supervised release under probation.
BATON ROUGE, LA・2 DAYS AGO
WGNO

NEW ORLEANS (WGNO) — The NOPD is asking for the public’s assistance in locating a male suspect in connection to a auto theft that occurred Sunday (Jan. 15) near the Fairgrounds. According to the NOPD, around 10:40 p.m. a male suspect loaded a 2004 Lexus RX300 onto a truck flatbed in the 1900 block of Gentilly […]
NEW ORLEANS, LA・18 HOURS AGO
WGNO

Shooting investigation leads to four arrested with 13 charges in total

A search warrant issued for the address led to the discovery of illegal drugs and evidence in the shooting.
SLIDELL, LA・2 DAYS AGO
WGNO

After Brooks is laid to rest the family plans to launch a foundation in her honor. Mills says the foundation will focus on bringing awareness and providing funding for safety features for young women on college campuses.
BATON ROUGE, LA・1 DAY AGO
WGNO

At about 1:50 a.m. on March 20, 2022, an accident happened near the corner of North Robertson and Lesseps Streets involving 25-year-old Judah Brophy.
NEW ORLEANS, LA・1 DAY AGO
WGNO

An alleged armed robbery suspect is wanted by the New Orleans Police Department for an incident in the Algiers area.
NEW ORLEANS, LA・1 DAY AGO
WGNO

A 13-year-old is in custody after St. John Parish detectives say he brought a gun to school this week, causing campus to lock down.
LAPLACE, LA・1 HOUR AGO
WGNO

Suspect attempts to steal car in Uptown, returns the next day to try again

The NOPD is asking for the public’s assistance in locating a man who may be connected to an attempted carjacking in the Uptown area.
NEW ORLEANS, LA・17 HOURS AGO
WGNO

A Louisiana sheriff has been named as president of the National Sheriff's Association.
SAINT CHARLES PARISH, LA・2 DAYS AGO
WGNO

According to deputies, 26-year-old Robert Lee Hampton of bay City, Texas, was last seen by family in Ascension Parish on Jan. 19.
CONVENT, LA・1 DAY AGO
WGNO

New Orleans law enforcement is tackling the topic of crime fighting in the city.
NEW ORLEANS, LA・2 HOURS AGO
WGNO

A teenager has died from injuries sustained in a shooting on Thursday, January 26.
BATON ROUGE, LA・1 DAY AGO
WGNO

According to the NOPD, just before 5:30 p.m., officers responded to the 6000 block of Chef Menteur Highway.
NEW ORLEANS, LA・2 DAYS AGO