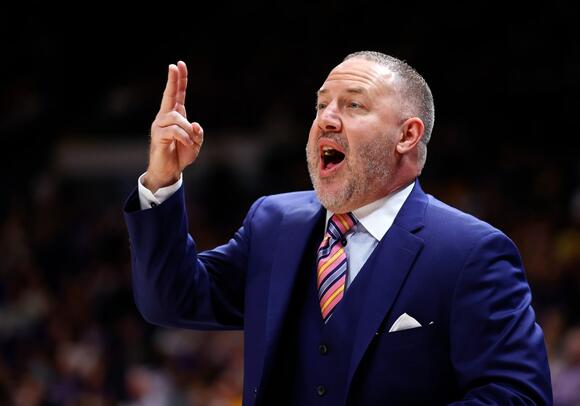 After a couple of tough losses, Buzz Williams and the Texas A&M Aggies Men's basketball team hit the reset button over the last two games, with good wins over Loyola Chicago and DePaul on the road.

And on Wednesday night, they made it three in a row, blowing their old Southwest Conference rival SMU Mustangs at Reed Arena in College Statio n 83-64, and moving to 5-2 on the season.

The Aggies were led by an explosive offensive outburst from junior forward Henry Coleman III, who finished with a team-high 23 points, to go along with five rebounds.

The Aggies also had two other players finish in double figures, with junior Julius Marble scoring 10 points, and sophomore Wade Taylor IV scoring 13 points to go along with nine assists and four rebounds.

Guard Tyrece Radford also had nine points and hit 4 of 6 shots from the field.

Following the win, the Aggies (5-2) will now turn their attention to the Boise State Broncos (5-2) on Saturday night at Reed Arena.

Hey 12th Man! Want to see the Aggies in action? Get your Texas A&M game tickets from SI Tickets here!

Want the latest in breaking news and insider information on the Aggies? Click Here to Subscribe to the All Aggies Newsletter

After breaking Auburn's 28-game home win streak, the Aggies continue to prove their status among the SEC greats in 2023.
COLLEGE STATION, TX・1 DAY AGO
All Aggies

The Aggies are looking to return to the College World Series and repeat their successful 2022 season.
COLLEGE STATION, TX・2 DAYS AGO
All Aggies

Everything was working for the Aggies Wednesday night, as they outperformed one of the SEC's best squads on the road, coming away with a 79-63 win for their second ranked win of the season.
COLLEGE STATION, TX・2 DAYS AGO
All Aggies

The Aggies will have a late tipoff against a familiar SEC West opponent, and will look for their second AP top-25 win of the season on the road.
AUBURN, AL・2 DAYS AGO
All Aggies

Texas A&M Aggies Recruiting Tracker: Check back often as we keep you up-to-date on Texas A&M looking to improve on an already impressive class
COLLEGE STATION, TX・1 DAY AGO