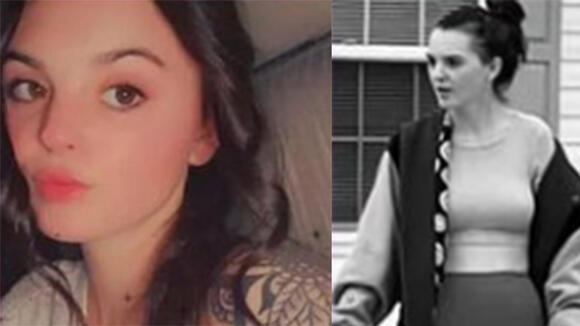 Nolensville Police Chief Roddy Parker confirmed his agency arrested 22-year-old Jason Chen on Tuesday, Nov. 29 and took him to jail in Franklin after Hamilton County authorities reached out over the weekend about a missing woman.

Then, on Wednesday, Nov. 30, the Hamilton County District Attorney’s Office and the Chattanooga Police Department held a joint news conference about the arrest.

According to Hamilton County District Attorney Coty Wamp, the missing persons case for Jasmine Pace transitioned into a homicide investigation on Sunday, Nov. 27 based on evidence that came to the Chattanooga Police Department’s attention.

Since then, Chattanooga authorities have reportedly worked around the clock to gather information leading to Pace’s location, which Wamp described as a priority going forward.

Wamp said evidence was discovered at Chen’s apartment that led to police deeming him a legitimate suspect in the investigation. New evidence surfaced that allowed law enforcement to develop probable cause in the case of a homicide.

Chen was found at his home — described by authorities as his family residence — in Williamson County Tuesday night and taken into custody.

Wamp announced Hamilton County has taken out charges for criminal homicide against Chen while the state of Tennessee is pursuing first-degree murder charges. Meanwhile, Chen is set to be transported to Hamilton County by Thursday, Dec. 1 to face charges in court.

A detective at Wednesday’s news conference said Pace and Chen had a relationship for a few months, adding that Pace’s last known location was at Chen’s apartment — his primary residence — in the Northshore area of Chattanooga.

The Dade County Sheriff’s Office shared a flyer on social media that said 22-year-old Pace was last seen by her family on Nov. 22.

According to an affidavit from the General Sessions Court of Hamilton County, on Saturday, Nov. 26, police responded to a missing person report after Pace’s mother tracked the young woman’s vehicle — a 2021 Chevrolet Equinox — using an app to the 900 block of Mountain Creek Road in Chattanooga.

The court document stated that officers met Pace’s family on Sunday morning and learned that Pace shared her location via a text message pin drop at approximately 2:15 a.m. on Nov. 23, less than three hours after she left their home. Pace’s mother and her husband went to that location in the 100 block of Tremont Street, spoke with residents in the building and learned that Pace’s boyfriend, Chen, lived in one of the apartments.

When they entered, Pace’s mother reportedly found her daughter’s driver’s license and credit cards, but not Pace or Chen. She also tried to contact Pace numerous times, none of which were successful.

In addition, a neighbor told Pace’s mother they heard a loud disturbance around the same time Pace sent the message with her location, the affidavit said. Officers responded to the scene, but did not make contact with Pace or Chen.

“Evidence on the scene showed a violent physical altercation occurred within the apartment,” the affidavit stated.

Then, on Monday, Nov. 28, detectives carried out the following actions, the court document said:

When Chen was found at a home in the 1900 block of Ashburn Court in Nolensville on Tuesday, authorities said they carried out a search warrant on the residence and Chen himself, who had lacerations on his right hand and feet that were indicative of him being in a fight.

While Pace has yet to be found, the affidavit said “evidence shows the victim had been murdered during an altercation that occurred” inside Chen’s apartment, adding that the evidence also shows Pace had been “transported away from the crime scene location.”

According to officials, the investigation into Pace’s disappearance is still ongoing, so community members are urged to reach out to the Chattanooga Police Department if they have any information about her whereabouts.

Nurse Caitlyn Kaufman was on her way to work as an ICU nurse at Ascension Saint Thomas West when she was shot and killed on Interstate 440.
NASHVILLE, TN・1 DAY AGO
WJHL

‘They could have killed me’: Nashville woman warning others after carjacking leads to shootout with teens

A 29-year-old woman is behind bars after police say she robbed a Dollar General after being denied access to the bathroom.
NASHVILLE, TN・2 DAYS AGO
WJHL

Lilo, a big, fluffy bear of a dog, was abandoned by her owner and ended up at the McKamey Animal Center in Chattanooga.
CHATTANOOGA, TN・1 DAY AGO