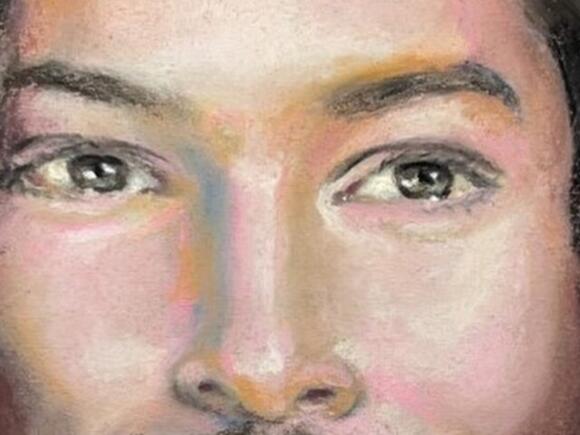 Friends and acquaintances are remembering a Wisconsin man, missing for decades, whose remains were identified this week in the Red Lodge area.

The Carbon County Sherriff's Office announced on Tuesday the human remains found near Highway 212 in Red Lodge in 2004 belonged to Roger Lee Ellis of Wisconsin Rapids, Wisconsin. He had left town in 1976 and was never heard from again.

A high school friend of Ellis's, Jay Nordstrum, told MTN News Wednesday many figured Ellis had left to start a new life in Chicago after he ran into trouble with law enforcement.

Nordstrum explains he worked for the city of Wisconsin Rapids and knew where everybody lived.

"One day, his mother was outside and I spoke with her about Roger, asking her where he was and what he was up to. And at that time, I don’t recall the year, he had left town because he had gotten into some problems," Nordstrum says. "But I understood her to say he went to Chicago, and I had always thought maybe he had run into a problem after I had heard about the John Wayne Gacy incidents down there."

Nordstrum described Ellis as someone who kept to himself but was very kind. He also says Ellis was a "wizard at electronics," a comment echoed in online obituary posts .

Others who knew Ellis have differing memories on who he was and where he ended up. Tracy Lewis helped Ellis rebuild a van in 1974, and provided MTN News with a written comment on Ellis.

"He had accumulated a good deal of cash (rumor) and he left in 1976 for what he said was CA. Never heard from him again. Never heard he was hitchhiking anywhere, and never any mention of Montana, but he was a very paranoid type that kept to himself," Lewis explains. "Most of us that did know him figured he had met with an untimely death as he carried what he hinted was a good deal of cash. He was very frugal and mostly rode his Schwinn 10-speed bicycle for transportation and rarely spent money. He had a very caustic insulting personality so not many considered him a 'friend'."

Others have posted online stating they are just thankful to have answers.

Ellis's mother died over a decade ago without ever learning what actually happened to Roger, according to Nordstrum.

But Nordstrum says he was shocked to learn that Ellis ended up in Montana.

"The news about him being in Montana was rather surprising to me. I never had any idea, and I don’t really know what his mother knew," Nordstrum explains. "Of course, she told me when he left, they never heard from him again. And I just thought that was kind of sad. I felt sorry for his mother."

The news was a shock, but Nordstrum says once he saw the artist's rendition of what Ellis might have looked like, he knew it was his long-lost friend.

“Seeing the artists rendering of what they figured he looked like, I mean it just threw me. It looked just like him, basically," Nordstrum explains. "Me not having a picture of Roger, not quite the smile I remember, but that was definitely him."

The investigation is ongoing. The Carbon County Sherriff's Office asks anyone with information regarding the case to contact Det. Ben Mahoney at (406) 445-7284 or email bmahoney@co.carbon.mt.us .

“After all these years of wondering about Roge, what a disappointing outcome," Nordstrum says. “I’m glad that his family has answers now, but it’s too bad that his mother didn’t survive to find out that answer."

“All of sudden it was this big explosion in the sky and all this debris started slowly coming down like it was big smoke," she said.
BILLINGS, MT・21 HOURS AGO
Q2 News

The Montana Women’s Run began in 1982 with 200 registrants and celebrated last year with over 4,600 women participating virtually around the world.
BILLINGS, MT・2 DAYS AGO
Q2 News

Tony Seitz started crafting unique beehive boxes after taking up beekeeping with his son. He has been retired since 2009 and enjoys creating the colorful boxes as a hobby.
BILLINGS, MT・3 DAYS AGO
Q2 News

While the wind has backed off near the mountains to the west, it will continue to gust for a few days. Eastern Montana gets cold Thursday.
BILLINGS, MT・2 DAYS AGO
Q2 News

“I had posted a couple of photos just to social media, just joking, like I thought I saw a UFO,” Doak said.
BILLINGS, MT・23 HOURS AGO
Q2 News

Details of the harrowing crime were released Thursday in court records charging a 32-year-old man with not only shooting two people but then attempting to rape one of the victims.
BILLINGS, MT・2 DAYS AGO
Q2 News

A man accused of a Jan. 8 crime spree in Billings that left one man dead, another man seriously injured and numerous vehicles damaged or destroyed was arraigned Friday.
BILLINGS, MT・1 DAY AGO
Q2 News

Dozens of crashes were reported before the shutdown, including an overturned tanker carrying asphalt oil.
LIVINGSTON, MT・3 DAYS AGO
Q2 News

Scott attributes the growth to the COVID-19 pandemic, when people had fewer options as to where to vacation.
BILLINGS, MT・4 DAYS AGO
Q2 News

It is Groundhog day, and Punxsutawney Phil said six more weeks of winter weather. But for the next week, mild weather is the story in our area.
BILLINGS, MT・2 DAYS AGO
Q2 News

Yet another Billings hospital puts Montana on the map for stroke care, as Billings Clinic receives a prestigious designation for its stroke center.
BILLINGS, MT・2 DAYS AGO
Q2 News

I-90 closed from Livingston to Big Timber for bad weather

Very windy conditions will continue in the Upper Yellowstone Valley and along the Rocky Mountain Front through Saturday. Mild temperatures will prevail through the period.
BILLINGS, MT・1 DAY AGO
Q2 News

Parents in west Billings and south of Billings are looking into the possibility of building a new high school.
BILLINGS, MT・2 DAYS AGO