A Judge Declared A Mistrial For Actor Danny Masterson, Who Was Accused Of Violently Raping Three Women 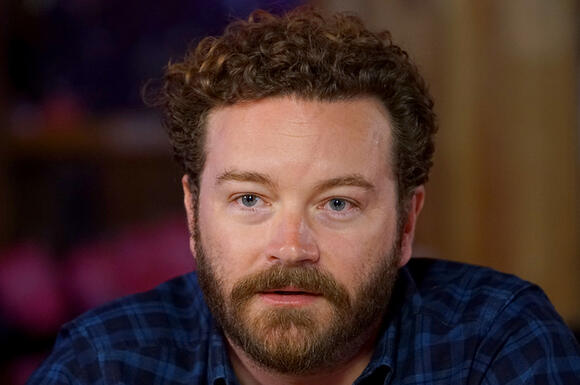 A judge declared a mistrial on Wednesday in the rape trial of That ‘70s Show actor Danny Masterson after the jury said it had deadlocked on the charges, the Associated Press reported.

Masterson, 46, had faced three counts of rape by force or fear for allegedly sexually assaulting three women at his Hollywood Hills home in 2001 and 2003. Each of the women said that Masterson supplied them with alcohol and that when they became disoriented, he took them upstairs to his bedroom and violently raped them.

Masterson, who is best known for playing Steven Hyde on That '70s Show , had pleaded not guilty to the charges and claimed that he only had consensual sex with the women. He could have faced a maximum sentence of 45 years to life in prison if found guilty.

The judge has set a March date for a retrial.

The mistrial comes after two jurors tested positive for COVID-19 earlier this week and were replaced by two alternates, prompting deliberations to restart from scratch. The original jury had announced that they were deadlocked on Nov. 18 after three days of deliberations, but at that point, the judge ordered them to keep working to reach a unanimous decision.

The weekslong trial featured graphic testimony from the three women Masterson was charged with raping and a fourth woman who also accused him of sexual assault, as well as extensive discussion about the Church of Scientology .

Despite attempts by Masterson, a prominent Scientologist, to keep the church out of the trial, the institution and its practices took center stage as the three women, who are all former Scientologists, testified about how church officials allegedly tried to shield the actor from accountability.

One woman, identified during her testimony as J.B., told jurors that she thought Masterson was going to kill her as she described how the actor allegedly smothered her with a pillow and strangled her as he was sexually assaulting her in April 2003. It wasn’t until over a year later that she first reported the incident to the police.

She testified that she didn't go to the police sooner because in the church community "you cannot report another Scientologist in good standing," as she understood Masterson was, to the authorities.

She said she “immediately would be guilty of a high crime” and expelled from the church, meaning that no members could speak or have any contact with her. For J.B., that meant being cut off from her parents, who were also Scientologists and whom she lived with and worked for, and all of her friends.

"My life would be over," she testified.

During closing arguments , Masterson’s attorney Philip Cohen picked apart the women’s statements, highlighting inconsistencies in what they told law enforcement, their family and friends, and their testimony at trial. Cohen suggested that discrepancies raised enough reasonable doubt that what they were telling jurors was not true.

“[Prosecutors] want to win this case so badly that they have ignored right up until that closing argument,” Cohen said. “They have ignored the blatant, obvious, overwhelming contradictions and fabrications that each Jane Doe has given you.”

Meanwhile, Los Angeles County Deputy District Attorney Reinhold Mueller argued that such differences in the women's statements were only natural given the time that has passed, the immense trauma they experienced, and the fact that they had to talk about it on separate occasions with different investigators asking different questions. He also noted that the major details in the women’s stories remained consistent over the years.

"Each time, they got to unearth what's inside of them to bring that trauma out," Mueller said. "They did the best they can to answer the questions we asked them here in court."

Jason Lewis, a DC Parks and Recreation employee, is facing one count of second-degree murder in connection with the Jan. 7 killing of 13-year-old Karon Blake.
WASHINGTON, DC・4 DAYS AGO
RadarOnline

The ex-wife of disgraced police officer Derek Chauvin broke her three-year silence this week to back her ex-husband’s bid to overturn his murder conviction, RadarOnline.com has learned.Kellie Chauvin, who divorced Derek in February 2021, last spoke out publicly in May 2020 shortly after her now ex-husband murdered 46-year-old George Floyd by kneeling on his neck for nearly nine minutes in Minneapolis, Minnesota.According to Daily Mail, Chauvin’s 48-year-old ex-wife has since changed her name and fled Minnesota.She had not been seen or heard from until agreeing to an interview with the outlet on Monday.“Have I been in contact with him, no,”...
MINNEAPOLIS, MN・8 HOURS AGO
BuzzFeed News

A Woman Used A Poisoned Cheesecake To Try To Kill A Friend Who Looked Like Her And Steal Her Identity, Prosecutors Said

Viktoria Nasyrova allegedly targeted a friend who looked like her to avoid returning to Russia, where she faced another criminal investigation.
NEW YORK CITY, NY・6 DAYS AGO
BuzzFeed News

Prosecutors have argued Alex Murdaugh killed his wife and son to buy himself time and sympathy as his colleagues began to discover his extensive financial crimes.
COLLETON COUNTY, SC・4 DAYS AGO
BuzzFeed News

The last video Paul Murdaugh recorded, filmed just minutes before he was killed, shows a chocolate Labrador retriever wagging its tail. In the background, there are three voices — including one that Paul’s friends say belongs to Alex Murdaugh.
WALTERBORO, SC・4 DAYS AGO
BuzzFeed News

Alex Murdaugh’s Lawyers Inadvertently “Opened The Door” To Evidence About His Other Alleged Crimes, A Judge Ruled

Prosecutors want to convince the jury that Alex Murdaugh killed his wife and son to distract from his alleged financial crimes.
COLLETON COUNTY, SC・4 DAYS AGO
BuzzFeed News

Alec Baldwin Ignored Film Industry Safety Standards And Should Have Known Better Than To Point A Gun At Anyone, Prosecutors Said As They Charged Him With Involuntary Manslaughter

Prosecutors formally filed charges against Alec Baldwin and the film's armorer on Tuesday, saying they failed to follow gun safety standards that could have prevented the deadly "Rust" shooting.
6 DAYS AGO
BuzzFeed News

A Driver Allegedly Hit A Cyclist Before Stabbing Him To Death

He could serve up to 20 years in prison if convicted.
CALIFORNIA STATE・5 DAYS AGO