Suspects sought after Buddhist monk attacked at temple in Nashville 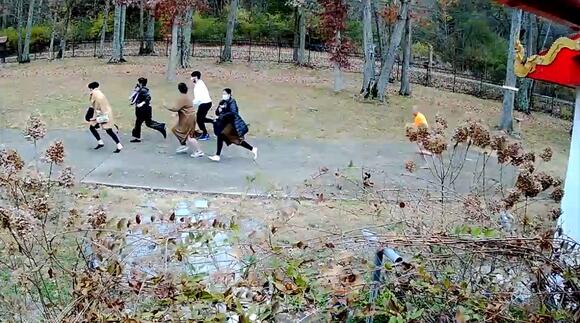 NASHVILLE, Tenn. (WKRN) — Metro police are asking for the public’s assistance in locating five people who attacked a Buddhist monk at a temple in South Nashville.

Metro police reported the victim, who lives at the temple, heard a knock at the door, and when he cracked it open, the robbers forced their way inside and knocked the monk to the ground. The suspects appeared to be a man and four women, one of which was holding a small child.

Officials said the group held the monk inside while two of the women went through the temple for several minutes taking cash.

As the group began to leave, the monk attempted to grab a satchel from one of the women in an attempt to prevent her from leaving.

Investigators believe that’s when video footage captured the group attacking the monk until the woman broke free. The suspects fled the scene in a silver Toyota van.

Metro police said the robbery was reported to officials on Tuesday afternoon. Anyone who recognizes the robbers is asked to contact Crime Stoppers at 615-742-7463 .

Nurse Caitlyn Kaufman was on her way to work as an ICU nurse at Ascension Saint Thomas West when she was shot and killed on Interstate 440.
NASHVILLE, TN・1 DAY AGO