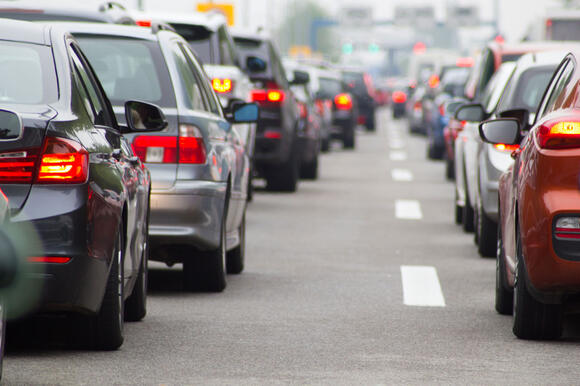 NASHVILLE, Tenn. (WKRN) — Carson Yates is one of many Tennessee drivers frustrated with traffic.

“Traffic is unbelievably bad for the population,” he said. “I’ve lived in Boston, I’ve lived in D.C. It seems like traffic here is managed less efficiently than even these larger cities.”

But soon, that congestion could change. The Tennessee Department of Transportation released its ‘ Build With Us ’ plan—a complete overhaul of how it operates.

“It basically boils down to congestion, to delivery, and to workforce,” TDOT Commissioner Butch Eley said.

It’s one piece of a larger infrastructure plan that Gov. Bill Lee (R-Tennessee) has endorsed as part of his re-election. With Tennessee’s rapid growth comes the need to accommodate for it.

“When Ford decided to come here, for example, a new interchange is needed on the interstate to make sure the traffic can get to that massive development,” Lee said. “That’s happening in multiple places across the state.”

The plan has one specific piece that all Tennesseans might be interested in. TDOT wants to potentially create a choice lane for interstates, though it’s still a long way out.

“All we’re doing right now is asking for the ability for this to be an option,” Eley said. “Right now, we can’t do this in Tennessee. So, what we’re doing is seeking the ability to do what other states are doing.”

That choice lane wouldn’t be free though—it would cost a few bucks and act as an express lane for drivers, though Eley said the department hadn’t done research on exactly what it would cost.

Wednesday’s announcement was simply a precursor to legislation that could come in next year’s General Assembly, not anything too specific on numbers. Eley said the department will begin asking for new possibilities to even exist—like choice lanes.

Just the thought of the lanes in the future leaves drivers, like Yates, a bit relieved.

Read the latest from the TN State Capitol Newsroom

“I think the express lane could be good, especially if it has the potential to divert through traffic around the more local traffic,” Yates said. “So, I think it’d be really encouraging if we could get, especially the traffic that’s not going to be pulling off anyway into a separate lane and de-clog some of the interstates.”

With another round of winter weather in the forecast, multiple Middle Tennessee school districts have announced closings for Wednesday, Feb. 1.
TENNESSEE STATE・4 HOURS AGO
WKRN News 2

Power companies warn of outages ahead of icy weather

Power companies bracing for impact, but say it won't be a repeat of the power grid fail in December.
TENNESSEE STATE・23 HOURS AGO
WKRN News 2

The package would re-legalize abortion in the state of Tennessee.
TENNESSEE STATE・23 HOURS AGO
WKRN News 2

A large boulder smashed into a Hawaii family’s home and nearly hit one of the owners. Community members are raising concerns about a nearby development in Palolo that excavated the mountain.
HAWAII STATE・1 DAY AGO
WKRN News 2

A riverside city in West Virginia, a wildlife refuge in Georgia, and a Utah national park hotspot have made it onto Forbes' list of "Best Places to Travel In 2023."
TENNESSEE STATE・2 DAYS AGO
WKRN News 2

After an active January to kick off 2023, February has the potential to start icy for some parts of Middle Tennessee and Southern Kentucky. We are tracking three chances of winter weather in our region.
TENNESSEE STATE・3 DAYS AGO
WKRN News 2

Second round of freezing rain expected across Middle Tennessee

Another round of freezing rain, sleet and some snow is possible across Middle Tennessee Tuesday into Wednesday.
TENNESSEE STATE・10 HOURS AGO
WKRN News 2

As the craft beer industry continues to grow, breweries like Southern Grist are hoping to gain more customers as they participate in the Tennessee Ale Trail.
TENNESSEE STATE・2 DAYS AGO
WKRN News 2

A convicted felon is back behind bars thanks to a new finger printing device being used by the La Vergne Police Department.
LA VERGNE, TN・7 HOURS AGO
WKRN News 2

One of the twin infants rescued during a statewide Amber Alert search in Ohio last month has died, police said.
COLUMBUS, OH・2 DAYS AGO
WKRN News 2

What is ‘thundersnow’? Weather phenomenon explained

The occurrence is “something unusual,” according to the National Weather Service.
JOHNSON COUNTY, IN・2 DAYS AGO
WKRN News 2

"...the Founding Fathers, the people that made America based on their opinions, these people owned slaves," said SC State Rep. Jermaine L. Johnson.
TENNESSEE STATE・3 DAYS AGO
WKRN News 2