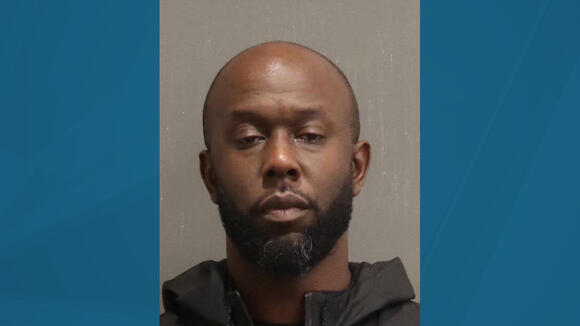 A 21-year-old Nashville man told News 2 he was picking up his brother at the Two Rivers Dog Park when suddenly an irate motorist pulled beside him, accused the 21-year-old of cutting him off, and then, things turned violent quickly.

The victim, Myles, prefers to use his first name only.

He showed News 2 the front rim of his vehicle, which was scraped after driving on a flat tire and driving over curbs.

“I was pushing it as fast as I could.”

According to the Hermitage man, the incident still weighs heavily on him.

“It was crazy. Every emotion went through my mind at once. Fear, then just wanting to get out of there.”

According to Myles, there were no cars around him when the man, identified as James Wilkerson, drove right up to him.

Andy Cordan : “Do you think you cut him off?”

Myles : “No, I had never seen this car before.”

Myles said the man began shouting at him angrily, accusing him of cutting him off.

“He jumps out, asks if I have a problem with him. I don’t say anything. Right, I didn’t engage him.”

According to Myles, the 41-year-old Wilkerson produced a six-inch hunting knife and violently stabbed his car’s driver-side tire.

Myles says he was shocked and drove away, circling back to get his 23-year-old brother who quickly got on the phone with 911.

“I had to jump a curb to get him off me for a second to get my brother in the car, got on the main road, put on my flashers, and honked my horn a lot to let people know something crazy was going on.”

With his front tire rapidly losing air and his brother on the phone with Metro dispatch, Myles pulled into a MAPCO on McGavock Pike where Wilkerson approached them.

“Next thing I know, I am looking for him and he is beside my car, my brother with my back to him. He’s still yelling his crazy stuff, and next thing I know, he has his knife out again and he goes to slashing my brother. Yeah, it was that close, and my brother, it clipped his jacket but didn’t get him.”

Myles and his brother locked themselves inside the MAPCO bathroom where they say Wilkerson attempted to get them to exit.

“Two minutes later, he is knocking on the door saying he is a cop. A few minutes later the actual cops show up. Yes, I didn’t know who he was, never seen him before, but he had an episode I guess, and he chose my car, so.”

Myles says he is relieved that neither he nor his brother was injured in this harrowing ordeal.

“I am thinking that I am very fortunate.”

James Wilkerson is charged with two counts of aggravated assault with a deadly weapon and vandalism.

According to the Metro Nashville Jail website, Wilkerson’s bail is $26,000, but he is being held for mental health reasons.

A man was arrested for his role in a crime spree that happened Saturday, Jan. 7, resulting in a woman being shot on Gibson Drive.
NASHVILLE, TN・6 HOURS AGO
WKRN News 2

A man was arrested Thursday afternoon after stealing liquor from a hotel in downtown Nashville.
NASHVILLE, TN・1 HOUR AGO
WKRN News 2

A Jackson, Tennessee man has been charged with drag racing in Kingston Springs.
KINGSTON SPRINGS, TN・3 HOURS AGO
WKRN News 2

The woman was shot at least three times near the intersection of Trimble Road and Esteswood Drive just after 11:30 p.m. Monday.
NASHVILLE, TN・9 HOURS AGO
WKRN News 2

After weeks on the run, an alleged shooter has been taken into custody in Davidson County.
NASHVILLE, TN・1 DAY AGO
WKRN News 2

One person has been taken to the hospital following a shooting in Clarksville.
CLARKSVILLE, TN・4 HOURS AGO
WKRN News 2

One teen caught, another on the run after escaping juvenile facility on Stewarts Ferry Pike

Metro police have captured one teen and are still searching for another teen who both escaped from a youth facility center Tuesday night.
NASHVILLE, TN・1 DAY AGO
WKRN News 2

The father of a 26-year-old woman shot while walking in her Green Hills neighborhood is praising her "fighting spirit."
NASHVILLE, TN・1 HOUR AGO
WKRN News 2

One dead, one in critical condition following Crowe Drive shooting

Detectives are reportedly looking into a potential drug motive behind a shooting at an abandoned Crowe Drive home on Tuesday, which killed one man and injured another.
NASHVILLE, TN・1 DAY AGO
WKRN News 2

An icy ramp in Spring Hill was the Wednesday morning site of three crashed cars and one serious injury.
SPRING HILL, TN・1 DAY AGO
WKRN News 2

Several days after Jamal Moore -- an author, entrepreneur, and lover of life -- was found dead in East Nashville, News 2 spoke with his friends about how they'll remember him.
NASHVILLE, TN・1 DAY AGO
WKRN News 2

A convicted felon is back behind bars thanks to a new finger printing device being used by the La Vergne Police Department.
LA VERGNE, TN・2 DAYS AGO
WKRN News 2

An autopsy report revealed new details behind the death of an Alabama mother, whose body was discovered one day before her husband and kids died in an apparent murder-suicide in Middle Tennessee.
HAZEL GREEN, AL・4 HOURS AGO
WKRN News 2

The device helps control traffic and signal drivers when pedestrians are trying to cross the street safely.
NASHVILLE, TN・22 HOURS AGO
WKRN News 2

The NAACP said the man could have been causing a public safety issue by waving a gun and threatening people, but the department needs to consider mental health as a contributing factor.
NASHVILLE, TN・2 DAYS AGO
WKRN News 2

Three people wanted for crimes that are "violent in nature" were added to Nashville's "Top 10 Most Wanted" list this week, including a man accused of murdering his roommate.
NASHVILLE, TN・1 DAY AGO