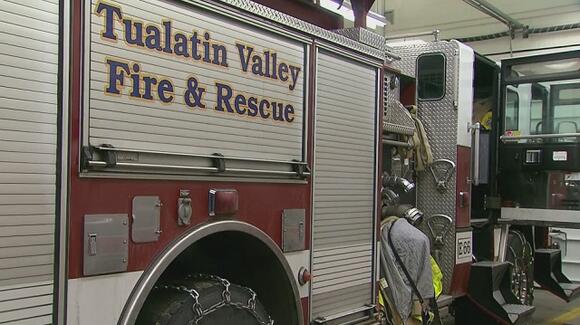 PORTLAND, Ore. ( KOIN ) – A man was seriously injured Sunday evening after officials say he fell from the wing of an airplane that had been converted into a residence in Oregon.

The man was taking a tour of the Boeing 727, located in the city of Hillsboro, just west of Portland, when he slipped and fell 30 feet to the ground, according to Tualatin Valley Fire & Rescue. Officials said wet conditions may have contributed to the incident.

Life Flight was called to the scene, but officials said the man was ultimately taken by ambulance to a trauma hospital.

No other information was immediately available.

The “Airplane Home” has been gaining attention since the late 1990s when electrical engineer Bruce Campbell moved it to his Hillsboro property.

“I didn’t want to carry a mortgage for most of my life, so I wanted to put myself in a position where I could simply cash out on a home,” Campbell told Nexstar’s KOIN in 2016. “When that time came, I reached a point in my life where I viewed an ordinary, a provincial home as a very boring means of securing that dream.”

At the time, Campbell was hoping to procure another aircraft in order to make a second home in Japan.

Campbell is currently listed as the official contact at the Airplane Home’s website, which was last updated in September. The site adds that any guests to the property must visit “at their own risk.”

“This is an unconventional construction site with significant and unusual safety hazards,” reads the site.