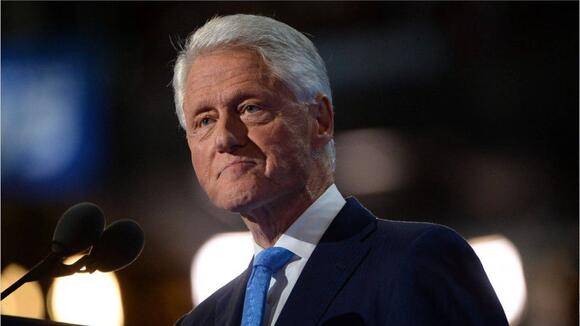 Former President Bill Clinton announced on Wednesday that he had tested positive for COVID-19.

Clinton, who served as governor of Arkansas from 1979 to 1981 and from 1983 to 1992, said he was fully vaccinated and had received booster shots, adding that the vaccinations had “kept my case mild.”

The announcement came as Hillary Clinton and the couple’s daughter, Chelsea Clinton, were preparing to speak at the Crystal Bridges Museum of American Art in Bentonville, according to the television station. The two are hosting an international women’s rights summit in Little Rock beginning Thursday.

In his tweet, Bill Clinton urged people to get vaccinated “especially as we move into the winter months.”

A group of 20 Republican attorneys general has sent letters to CVS and Walgreens warning the drugstore chains against mailing abortion pills to patients.
MISSOURI STATE・1 DAY AGO
WFTV Channel 9 Orlando

Pentagon: Chinese balloon over center of the US, Latin America

Pentagon officials on Friday reiterated that the Chinese balloon being tracked over the U.S. is “a surveillance balloon” after Chinese officials called it a “civilian airship” used for research.
MISSOURI STATE・13 HOURS AGO