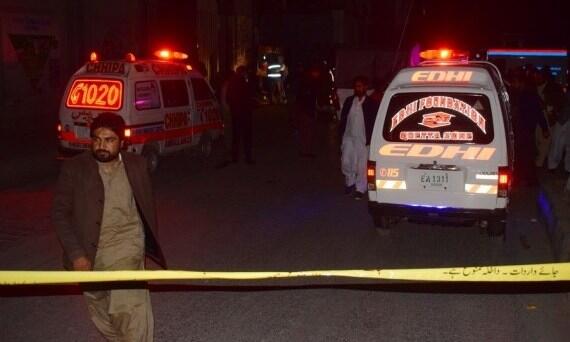 Islamabad, Dec 1 (SocialNews.XYZ) Four people including a policeman were killed and 26 others injured in a suicide attack in Quetta, capital of Pakistan's southwest Balochistan province, the provincial health department has said.

The other deceased including two kids and their mother, and the injured people were shifted to Civil Hospital Quetta, the media coordinator of the department of health, Waseem Baig was quoted by Xinhua news agency as saying.

Earlier in a conversation with the news agency, Deputy Inspector General (DIG) of Quetta police Ghulam......