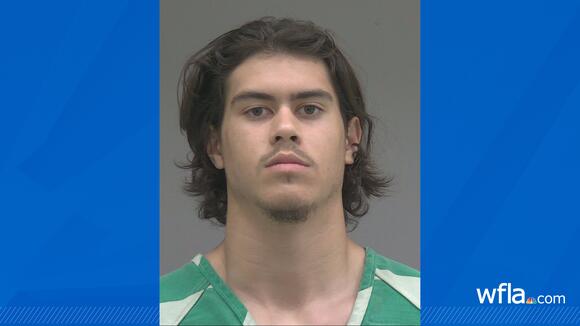 According to a release from the Gainesville Police Department, Jalen Kitna, 19, was arrested Wednesday after the agency received a tip from the National Center for Missing and Exploited Children. The tip was regarding a Discord user sharing child sexual abuse material through the platform.

Police said they identified Kitna as the account owner and the images were allegedly shared from his apartment in Gainesville. The quarterback reportedly told police he remembered sharing the images, but believed they were “legal” because he found them online.

Kitna’s Discord account was deactivated for violating the platform’s terms of service. Police said he told them he should not have shared the images, based on another user’s negative reaction.

Gainesville police executed a search warrant at Kitna’s apartment and took his electronic devices, which they said allegedly had three additional child pornography photos on them. The quarterback was arrested and charged with two counts of distribution and three counts of possession of child pornography.

Kitna has been with the Gators for two seasons and is currently the backup for star QB Anthony Richardson. As a result of his arrest, University Athletic Association announced Kitna is suspended from the university’s football program indefinitely.

“We are shocked and saddened to hear of the news involving Jalen Kitna,” The UAA wrote in a statment. “These are extremely serious charges and the University of Florida and the UAA have zero tolerance for such behavior. Jalen has been suspended indefinitely from the football program.”

CITRUS COUNTY, Fla. (WFLA) — Two Citrus County brothers were sentenced in federal court On Wednesday for a hate crime they committed in 2021, the sheriff’s office said. On November 17, 2021, Roy Lashley, 56, and Robert Lashley, 52, attacked a Black man with an axe handle. Deputies said they immediately responded and took the […]
CITRUS COUNTY, FL・1 DAY AGO