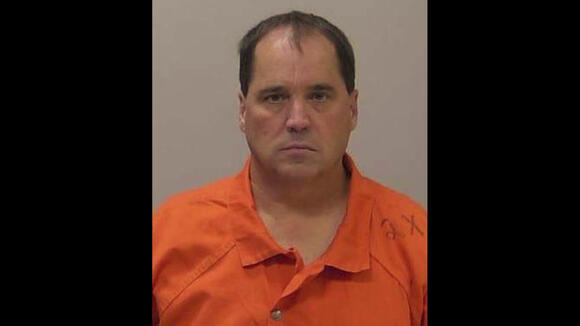 KALAMAZOO, Mich. (WOOD) — The former Fabius Township supervisor has been ordered to stand trial for a 2010 sexual assault.

Prosecutors say the assault happened in August 2010 when Linn brought a woman, then 22, back to her Portage home following a golf outing. They say the woman was extremely intoxicated and not capable of consent. A rape kit was collected, but it took years for samples to be tested. At one point, the woman told police she did not want to go forward with charges. Then the Sexual Assault Kit Initiative, which was formed to test old rape kits and pursue the cases, took up the case. Linn, now 57, was charged with four counts of first-degree criminal sexual conduct in October of this year.

The woman named as the victim in the case testified at Linn’s preliminary hearing this week. The judge also heard from a witness who was with her before the assault. The judge ultimately decided Linn should have known that the victim could not consent and that the victim sustained physical injury and mental anguish as a result of the assault, the Wednesday release said, and sent the case on to circuit court for trial.

Linn was still the supervisor for Fabius Township — west of Three Rivers — when he was charged. The Three Rivers Commercial-News reports he resigned in early November.

COLDWATER, Mich. (WOOD) — A Coldwater woman has been charged with assault for shooting her daughter in the abdomen, prosecutors say. Kathleen Rowe, of Coldwater, was charged Friday with discharging a firearm inside a building causing serious impairment, assault with intent to do great bodily harm less than murder, felonious assault, and a weapons charge. […]
COLDWATER, MI・4 HOURS AGO
WOOD TV8

Grand Rapids police dog back at work after stabbing

A Grand Rapids police dog who was stabbed during an hourslong standoff in November has returned to work.
GRAND RAPIDS, MI・2 HOURS AGO
WOOD TV8

Police are investigating a murder-suicide that happened near Decatur Friday.
DECATUR, MI・1 DAY AGO
WOOD TV8

A man is in custody following a domestic assault that led to a standoff on Friday near Marshall.
MARSHALL, MI・2 DAYS AGO
WOOD TV8

A 71-year-old man was killed in a fire at an apartment north of Grand Rapids Sunday night.
GRAND RAPIDS, MI・13 HOURS AGO
WOOD TV8

A 19-year-old was killed in an early Sunday morning crash in Milton Township.
CASS COUNTY, MI・1 DAY AGO
WOOD TV8

A Battle Creek man was arrested by Lowell police for allegedly fleeing the scene of a crash Friday morning.
LOWELL, MI・3 DAYS AGO
WOOD TV8

Two of the people involved in a shootout after a graduation ceremony at East Kentwood High School last year have pleaded guilty.
GRAND RAPIDS, MI・3 DAYS AGO
WOOD TV8

Authorities say a 91-year-old man died after being pulled for a burning building near Three Rivers.
THREE RIVERS, MI・9 HOURS AGO
WOOD TV8

A man was killed in a crash that involved three vehicles west of Hastings Friday afternoon, according to sheriff’s deputies.
BARRY COUNTY, MI・3 DAYS AGO
WOOD TV8

On a cool December morning, two Kentwood police officers and an Ionia County couple trooped into a granite warehouse off Broadmoor Avenue on an unusual mission.
IONIA COUNTY, MI・3 DAYS AGO
WOOD TV8

Plastics company will pay for PFAS cleanup under settlement

A plastics company will pay to clean up PFAS contamination around its former facility in southeastern Michigan under a settlement with the state.
MICHIGAN STATE・5 HOURS AGO
WOOD TV8

Driver killed in crash with semi-truck near Buchanan

A driver was killed in a crash near Buchanan on Thursday.
BUCHANAN, MI・3 DAYS AGO
WOOD TV8

The Otsego City Commission voted to put a proposal for a new higher millage on the May ballot that the city manager said would help fund 24/7 public safety operations.
OTSEGO, MI・3 DAYS AGO
WOOD TV8

Eastbound I-96 near Portland reopens after crash

The eastbound lanes of I-96 are closed near Portland due to a crash.
PORTLAND, MI・11 HOURS AGO
WOOD TV8

If you love running, this is the event for you. The city of Kentwood's Valentine's Dash 5K is set to get underway next month.
KENTWOOD, MI・3 DAYS AGO