Inside Lacrosse Tabs Connor Shellenberger as No. 1 Player for 2023 Lacrosse Season 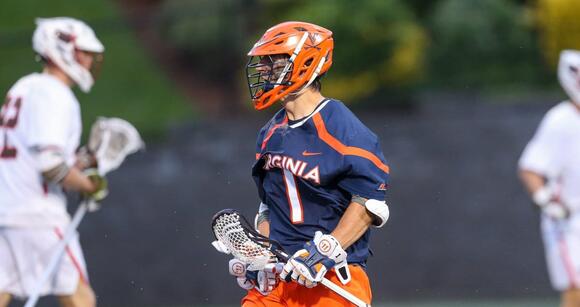 Inside Lacrosse released its annual Top 50 Players for the 2023 college lacrosse season this week and four Virginia men's lacrosse players cracked the top 50, led by Connor Shellenberger, who was tabbed as the No. 1 player in the nation for the 2023 season by Inside Lacrosse.

Personally, we would have had a few more Cavaliers in the top 50 - Payton Cormier, Xander Dickson, Griffin Schutz, Grayson Sallade, and Matthew Nunes to name a few - but four in the top 50 is still pretty good.

Here's what Inside Lacrosse had to say about each player:

"A star from Day One (and last year’s top-ranked men's player in last year's Top 50 list), Shellenberger hasn’t rested on his laurels. A student of the game and tireless worker, he formed a two-headed monster with Matt Moore at attack. Now, the U.S. National Team hopeful will run the show alongside fellow No. 1 recruit Griffin Schutz, Payton Cormier and others for a scary-talented offense in Charlottesville."

"Compared to a dinosaur after the 2021 NCAA Tournament because of his rangy 6-7 frame, Kastner has turned from intriguing project to bona fide star; his ceiling is as high as any player in the country. The IL second-team All-American was Virginia’s first ACC Defensive Player of the Year since 2002. He caused 32 turnovers and picked up 29 groundballs in 15 starts."

"The Cavaliers’ big transfer portal piece was on the sidelines in the fall after being injured in the U-21 gold-medal game. He took over with huge games during his career at Vermont; the lefty No. 1 NLL draft pick had 172 points as a Catamount before joining the Cavs for a grad year."

"Don’t call him a FOGO. He’s a monster in the weight room, and a technician at the X, but it’s his stickhandling and decision-making after he wins the ball that sets him apart. He’s rewritten Virginia’s groundball record book and craves the biggest moments. He had eight goals, two assists and won 59.7% of his draws in 2022."

The Virginia women's lacrosse team also had three players listed in the Inside Lacrosse Top 50 for the 2023 women's lacrosse season - graduate attack Ashlyn McGovern (No. 27), sophomore attack Rachel Clark (No. 31), and junior midfielder Aubrey Williams (No. 42).

Here's Inside Lacrosse's comments on each of the three Cavaliers who made the top 50:

"McGovern has been a mainstay on the ‘Hoos attack line for several years. Her point production has increased significantly year over year, finishing 2022 with a career high 71 points (63G, 8A) and earning First Team All-ACC."

"A freshman phenom for Virginia exploded early last spring as one Virginia’s future greats. Earning ACC Freshman of the Year, Clark led her team in goals (64) and points (75)."

Tony Elliott provided a few injury updates on players that will be out or limited for spring practice
CHARLOTTESVILLE, VA・2 DAYS AGO