Report: SF Giants "do not expect" to re-sign Carlos Rodón 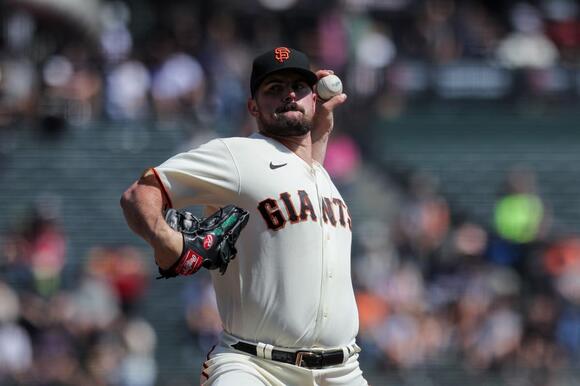 The SF Giants "do not expect" to re-sign ace Carlos Rodón, per a report by Alex Pavlovic. Recent rumors had suggested a split was likely.

It appears to be nearly a foregone conclusion that Carlos Rodón will not be re-signing with the SF Giants this offseason. Several ESPN experts predicted Rodón will sign with a different team this winter and a report by NBC Sports Bay Area Giants beat writer Alex Pavlovic on Wednesday revealed that the front office does not expect a reunion. Rodón is ranked the eighth-best free agent in Giants Baseball Insider's rankings .

"[Giants president of baseball operations Farhan] Zaidi has said multiple times this offseason that there's mutual interest in a reunion," Pavlovic wrote about Rodón. "But the Giants would have to go well out of their comfort zone to even be in the running, and they do not expect Rodón to return."

Rodón was one of the bright spots on the Giants in 2022. The lefty emerged as the team's ace in a record-setting campaign . He recorded 237 strikeouts in 188 innings pitched with a 2.88 ERA over the course of the year. He received an All-Star selection for the second consecutive season and finished sixth in National League Cy Young voting. Coming off the best season of his career, the lefty opted out of his contract for 2023 and is expected to receive a nine-figure deal in free agency.

The Giants made Rodón a qualifying offer , which means they will receive draft pick compensation if he signs elsewhere before next season's draft. They would add a competitive round B (slots between rounds two and three) selection in the 2023 MLB Draft.

With Rodón's tenure with the Giants seemingly over, Zaidi has said he still will add at least one starting pitcher this offseason. Given that the team recently hosted Kodai Senga at Oracle Park , it seems like the Japanese star could be the SF Giants top target to replace Carlos Rodón.

Scouting reports on the SF Giants prospects that missed the list

After releasing their SF Giants top prospect rankings earlier in the day, we detail some other notable players who missed the list.
SAN JOSE, CA・1 DAY AGO
Giants Baseball Insider

After releasing our SF Giants prospect rankings on Monday, Wrenzie breaks down the strengths and weaknesses of the org's prospects.
SAN FRANCISCO, CA・7 HOURS AGO
The Spun