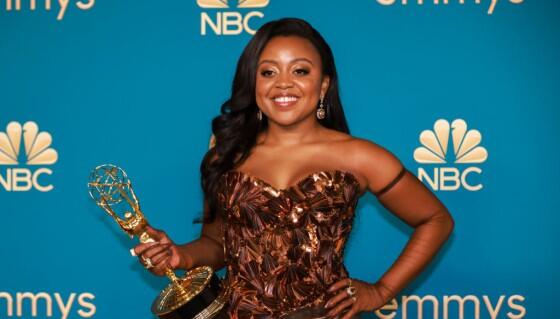 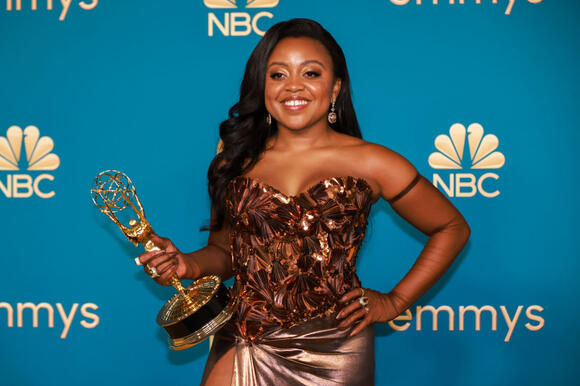 Quinta Brunson has been honored as one of PEOPLE’s 2022 People of the Year. View this post on Instagram

From Rags to Riches

Quinta Brunson’s 2022 People of the Year honor comes on the heels of her successful television series, Abbott Elementary . The actress and writer has been soaring ever since she created the popular show, which won many accolades, causing Brunson to make history as the first Black woman to receive three Emmy Nominations.

In an exclusive interview with People , Brunson discussed her grind before Abbot Elementary . The Philadelphia native credits Instagram for providing her with a platform that allowed her to be seen by millions. “I was doing improv around L.A. and broke. Very, very, very broke. A hearty meal was a banana and a Cup Noodles. If I could get both or get two bananas in one day, I was doing well. I was working at [an] Apple [Store], but I still loved comedy so much. At the time, SNL was kind of a goal. Then Instagram added video. I loved making my friends laugh, and then it took off, and that kind of changed my life,” remarked Brunson.

While she may be shorter than most people around her, Brunson’s confidence is as tall as a skyscraper. When asked where her assurance stemmed from, Brunson acknowledged her childhood rearing. “I think it’s always been there. I was a very confident kid. My parents always taught me to look at people and situations like everything’s equal. Nothing seems too intimidating to not be confident,” quipped Brunson.

“King of Pop” Michael Jackson’s family has been all over the news lately. The late pop star’s ex-wife Lisa Marie Presley passed away on Jan. 12. His daughter, Paris Jackson, attended the Los Angeles premiere of the documentary Pamela, a love story on Monday, Jan. 30. And that same day, Michael’s son Prince Jackson congratulated cousin Jaafar Jackson on his role as the “Thriller” singer in the upcoming biopic Michael. But what about Michael’s other son? Where is Blanket Jackson now?
LOS ANGELES, CA・2 DAYS AGO
The Vivid Faces of the Vanished

"He Wanted To Be A Star." He Was Found In The California Desert With All Of His Organs Missing

Ryan Singleton was a model from Atlanta, Georgia. Since he was young, he "wanted to be a star," his mother, Iris Flowers, remembers, reports WUSA 9. When Ryan was 21 years old, he left Atlanta and went to New York to pursue his dream.
ATLANTA, GA・17 HOURS AGO
Majic 94.5

The people gave some rather hilarious answers to some of D.L.'s questions and some you have to see and hear to believe.
LOS ANGELES, CA・7 HOURS AGO
Majic 94.5

Ma$e Honored With Proclamation And His Own Day In Harlem

The 47-year-old star was honored for his “outstanding achievements and enduring contributions” across entertainment and hip-hop culture. The post Ma$e Honored With Proclamation And His Own Day In Harlem appeared first on NewsOne.
NEW YORK CITY, NY・6 DAYS AGO