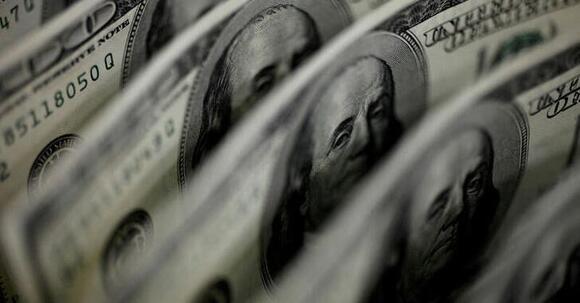 NEW YORK, Nov 30 (Reuters) - Prosecutors on Wednesday moved to confiscate $5.4 million from a U.S. bank account belonging to Russian businessman Konstantin Malofeyev, who Washington has accused of financing separatists in eastern Ukraine and Crimea and imposed sanctions on him.

Federal prosecutors in New York said in court papers they were entitled to the money because Malofeyev sought to transfer it to a business partner, in violation of U.S. sanctions.

The civil forfeiture complaint marks the latest push by the U.S. government to seize control of wealthy Russians' assets, as it pressures Moscow to halt its invasion of Ukraine.

It also illustrates the tactics that U.S. authorities say individuals sometimes use to try to move funds out of reach.

Malofeyev could not be reached for comment, and is believed to be at large in Russia. He has denied funding separatists. Moscow calls its activities in Ukraine a "special military operation."

According to Wednesday's complaint, Malofeyev in March 2014 used a Seychelles shell company to invest $10 million in shares in a Texas bank, Strategic Growth Bancorp.

Prosecutors said he sold the shell company the next year for $1 to an unnamed Greek business partner but that the sale agreement was backdated to July 2014, before sanctions were imposed.

According to the complaint, the Texas bank continued to recognize Malofeyev as the owner of the shares and flagged the attempted transfer to the U.S. Treasury Department.

Prosecutors said Malofeyev's shares were converted into cash and deposited into a blocked account when Strategic merged with Denver-based Sunflower Bank in 2016.

Sunflower Bank said in a June statement related to the case that it is "proud to partner with law enforcement." Neither Strategic Growth Bancorp nor Sunflower Bank have been accused of wrongdoing.

Since launching its KleptoCapture task force in March, the U.S. Department of Justice has won warrants to seize yachts and planes owned by people it suspects of enabling Russian President Vladimir Putin's invasion.

Malofeyev himself was charged in March with evading sanctions and using co-conspirators to secretly acquire media organizations across Europe.

Reports on the New York federal courts. Previously worked as a correspondent in Venezuela and Argentina.

Inflatable tanks are a staple of Russia's deception doctrine known as maskirovka, or masking, meant to boost stealth tactics and sow confusion.
19 HOURS AGO
Benzinga

The Russia-Ukraine War, which began almost a year ago in February 2022, continues unabated. In the fall of last year, a noted American investor shared his views on the economic repercussions of the conflict, and the likely outcome for Russian President Vladimir Putin. Billionaire hedge fund manager Paul Tudor Jones...
8 HOURS AGO
Newsweek

Vladimir Putin, who is believed to be about 5 feet 7 inches, was photographed with students of Lomonosov Moscow State University on Students' Day on Wednesday.
1 DAY AGO
Newsweek

The Mil Mi-8 helicopter hit the ground at Vnukovo airport with its blades and tail, Russian media reported.
7 HOURS AGO
The Veracity Report

Over a dozen letters exchanged between former U.S. President Donald Trump and North Korean leader Kim Jong Un have been published by the Korean-American Club. What Happened: Trump’s self-described 'love letters' from Kim were retrieved by the authorities from his Mar-a-Lago residence in Florida. In the letter, Kim reportedly expressed his willingness to discuss his isolated country’s denuclearization with Trump while sidelining then-South Korean President Moon Jae In, reported Star And Stripes.
FLORIDA STATE・8 HOURS AGO
Reuters

Jan 27 (Reuters) - Russian foreign ministry spokeswoman Maria Zakharova said on Friday that any attempt to squeeze Moscow out of international sport because of what it calls its special military operation in Ukraine was "doomed to fail."
1 DAY AGO
Reuters

MOSCOW, Jan 27 (Reuters) - President Vladimir Putin held talks on Friday with top security officials about the status of Russia's efforts to legally expand the outer boundaries of its continental shelf in the Arctic Ocean.
1 DAY AGO
Reuters

Jan 27 (Reuters) - Former Vice President Mike Pence said on Friday he had not been aware that classified documents were at his Indiana home and said he takes "full responsibility" for the security breach.
INDIANA STATE・1 DAY AGO
Reuters

MADRID, Jan 27 (Reuters) - The new president of Venezuela's opposition legislature is confident the United States will back the body by continuing to protect foreign assets like oil refiner Citgo Petroleum from creditors, she said on Friday.
1 DAY AGO
Reuters

Jan 26 (Reuters) - Ukrainian government officials who shirk their duties during wartime will be quickly removed, a top aide to President Volodymyr Zelenskiy said on Thursday amid a crack down on corruption.
2 DAYS AGO
Reuters

BRUSSELS, Jan 27 (Reuters) - Plans by the European Commission to create new European Union funding for the green industry are facing mounting opposition in the 27-nation bloc, as seven EU countries openly rejected the idea in a letter to the EU executive.
1 DAY AGO
Reuters

EU president says Ukraine has unconditional support ahead of summit

FRANKFURT, Jan 28 (Reuters) - European Commission President Ursula von der Leyen said ahead of an EU-Ukraine summit next week that Ukraine had unconditional support from the bloc and that the country needed to prevail against Russian attacks to defend European values.
10 HOURS AGO
Reuters

WASHINGTON, Jan 26 (Reuters) - Senator Debbie Stabenow thwarted a bid on Thursday by fellow Democrat Joe Manchin to pass a measure that would block some electric vehicles from receiving a $7,500 tax credit.
WASHINGTON STATE・1 DAY AGO
Reuters

WARSAW, Jan 27 (Reuters) - The director of the Auschwitz Memorial on Friday compared the deaths of people in Ukraine to the suffering in World War Two during commemorations marking the 78th anniversary of the liberation of the Nazi German death camp by Soviet troops.
1 DAY AGO
Reuters

Ukraine intensifies effort to bar Russian athletes from Olympics in 2024

KYIV, Jan 28 (Reuters) - Ukrainian President Volodymyr Zelenskiy on Saturday redoubled his efforts to stop Russian athletes from participating the 2024 Olympics, saying they would try to justify the war against Ukraine if allowed to compete.
12 HOURS AGO
Reuters