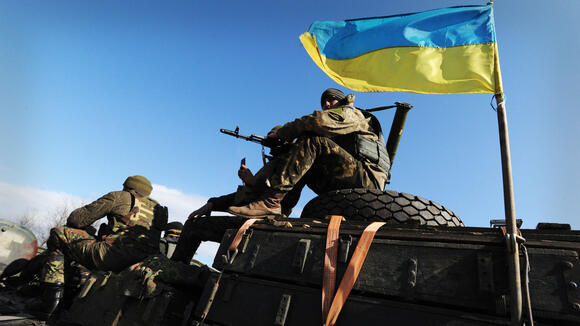 The peace plan proposed by Elon Musk to end the war between Russia and Ukraine after the Feb. 24 unprovoked Russian invasion still does not pass among the Ukrainians.

Under the terms, the Ukrainians would have ceded Crimea to Russia, which was annexed by the Russians in 2014. Ukraine also would've had to renounce becoming a member of NATO and the European Union, two organizations that Russian President Vladimir Putin considers threats to his country's sovereignty.

The Ukrainians saw it as a proposed capitulation. The plan gave the impression that Musk was pro-Russian, as it mirrored Russia's demands for a dialogue with Ukraine.

The peace plan was unsurprisingly rejected by the Ukrainians.

"Which @elonmusk do you like more?" the Ukrainian President Volodymyr Zelensky asked in a poll-like tweet. A direct criticism of the form used by Musk to evoke his peace plan.

The Ukrainian ambassador to Germany had gone so far as to use an expletive.

Musk appeared taken aback by the heavy criticism of his initiative. He seemed surprised that the Ukrainians, whom he'd supported from the beginning of the conflict in words and actions, turned against him.

The billionaire had tried without convincing to explain that his proposal was due to the fact that he feared that the conflict would turn into a Third World War with the potential use of nuclear weapons.

The initiative left a sour taste for Ukrainians who considered Musk their hero. This is what President Zelensky has just suggested during a Zoom interview at the New York Times Deal Book summit on Nov. 30.

Zelensky invited Musk to visit Ukraine to see first-hand the damage Russian bombings have done to the country.

"If you want to understand what Russia has done here, come to Ukraine and you will see this with your own eyes,” the Ukrainian president said referring to Musk. "After that, you will tell us how to end this war, who started and when we can end it.”

He then rejected the idea that Russia would use nuclear weapons if it found itself in a position to lose this conflict which has lasted for many months and has caused many deaths and displaced millions of others.

"I don’t think he will use nuclear weapons,” Zelensky said. "This is my opinion.”

He added that Musk and the West should be more concerned that Putin might expand his expansionist ambitions to other countries if he were to defeat Ukraine.

Musk has yet to respond to the invitation as of this writing.

The tech tycoon burst into geopolitical affairs in March by throwing its support behind Ukraine. He provided, through his aerospace company SpaceX, Starlink to Ukraine.

Starlink is a secure and independent satellite internet access service. It is used particularly by civilians in areas under attack by Russia and in areas where infrastructure has been destroyed.

Faced with Russian attacks against Ukrainian infrastructure, Starlink has become the only means of communication for the Ukrainian armed forces on the front.

"Starlink is the primary communications system of the Ukrainian army on the war front. If anyone else wants this job, please be my guest..." Musk posted on Twitter on Oct. 14.

A controversy over Starlink funding, however, erupted after revelations that Musk and SpaceX had asked the U.S. government through the Department of Defense to provide some funding for Starlink. The United States supports Ukraine militarily and logically via NATO.

Musk and SpaceX felt that since Starlink had become an essential "military" tool in this war, it was up to the government to fund the portion of the service provided to Ukraine. They therefore threatened to cut the service if the Pentagon refused.

At the end, Musk made an about-face: He agreed to provide Starlink for free to Ukraine, even if the service causes financial loss to SpaceX.

"The hell with it … even though Starlink is still losing money & other companies are getting billions of taxpayer $, we’ll just keep funding Ukraine govt for free," Musk announced on Twitter on Oct. 15.

The billionaire is a vocal supporter of Ukraine in the war, but his support also earns him fierce criticism from both sides.
2 DAYS AGO
TheStreet

If the Biden administration and Congress can’t agree to lift the debt ceiling in coming months, default may ensue.
1 DAY AGO