Why Does the Fed Pay Interest to Banks?

The Federal Reserve is the central banking system in the United States. There are 12 Reserve banks that offer services to commercial banks, including lending and distributing currency. The Federal Reserve also pays interest on funds those commercial banks keep on deposit. But why does the Fed pay interest to banks? Controlling monetary policy is a large part of the answer.

For help managing your own money, consider working with a financial advisor.

The Federal Reserve requires commercial banks, credit unions and savings institutions to keep a certain amount of money in reserve. The reserve is how much money a bank must have on hand at the close of each day. The exact amount is determined by the total dollar amount of the bank's deposits.

Why does the Federal Reserve require banks to meet reserve requirements? Simply because if banks did not have to keep something in reserve, they could theoretically lend out all of their deposits.

Making loans is one of the core functions of banks and they generate revenue by charging interest and fees on those loans. However, if a bank is lending out all of the deposit funds that could put it at risk if borrowers default on payments.

Banks can meet reserve requirements by keeping cash in an on-premises vault or at a Federal Reserve bank location. If a bank doesn't have enough funds to meet its reserve requirement, it can borrow the difference from another financial institution. The lending bank can charge interest for the loan.

Does the Fed Pay Interest to Banks? 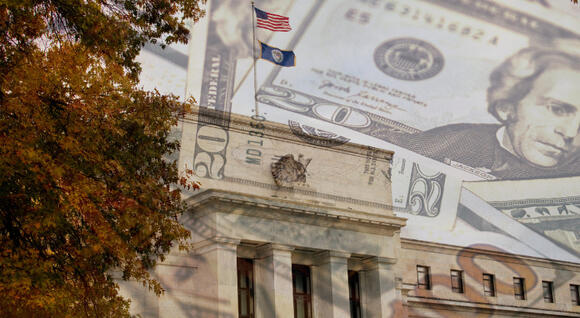 Yes, banks earn interest on deposits they maintain with the Federal Reserve. They earn interest on both their minimum required reserve balances, as well as balances in excess of the minimum.

Up until 2008, the Federal Reserve did not pay interest to banks for keeping funds on deposit. However, that changed with the passage of the Emergency Economic Stabilization Act . The Act was passed in response to the subprime mortgage crisis which helped to contribute to instability in the housing market and the subsequent Great Recession.

Why Does the Fed Pay Interest to Banks?

The Federal Reserve pays interest to banks as a means of controlling monetary policy in the U.S. The Federal Reserve Board of Governors sets the rate, which is referred to as the interest rate on reserve balances (IORB). That rate extends to both required and excess reserves. Prior to March 2020, the Fed applied one rate to required reserve balances and another rate to excess balances.

That means the IORB rate falls as well. Conversely, when the Federal Reserve wants to tighten monetary policy, it can do so by instituting interest rate hikes . As the federal funds rate increases, the Fed pays out more in interest to banks by raising the IORB.

What Interest Rate Does the Fed Pay?

The interest rate the Federal Reserve pays to banks is not fixed. The Board of Governors calculates interest as an amount that's equal to the IORB rate for a given day, multiplied by the balances maintained on that same day.

The Federal Reserve began implementing a series of rate hikes in March 2022. When you compare the IORB and the federal funds rate side by side throughout each rate increase, it's easy to see how they move in tandem.

Where Does the Fed Get Money to Pay Interest to Banks? 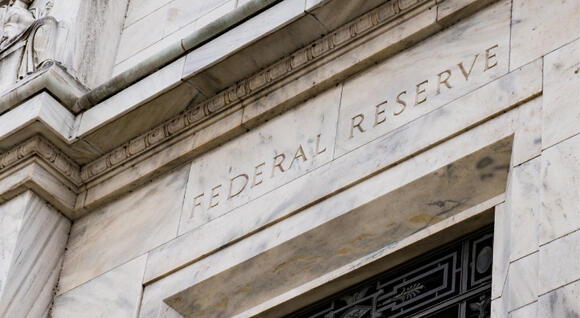 A central part of what the Federal Reserve does involves acquiring securities through open market operations. Specifically, that means government securities such as bonds and Treasurys. The Fed uses the interest generated from those securities, along with other sources of income, to pay interest to banks on deposits.

In addition to government securities, the Federal Reserve also receives income from:

The Fed uses part of its income to pay interest and cover its operating expenses. Any remaining income is forwarded to the U.S. Department of the Treasury. The Treasury uses money received from the Fed and from taxes to fund the government budget.

The Federal Reserve plays an important part in managing monetary policy and helping to cool off an overheating economy or stimulate a lagging one. Paying interest to banks for keeping funds on deposit is one way the Fed is able to do that. The upside for consumers is that when the federal funds rate goes up and banks earn a higher IORB, they pay it forward to customers by offering higher rates for deposit accounts.

The post Why Does the Fed Pay Interest to Banks? appeared first on SmartAsset Blog .

Inflation has reduced the value of social security benefits to recipients. But there will be further cuts in the long run. Experts say the increasing needs of seniors are burdening small benefit reserves. Americans are living longer because of lower lifestyle risks. Life expectancy was 47 years in 1900 and it was 76 in 2021.
2 DAYS AGO
Eden Reports

On Tuesday, President Joe Biden displayed another instance of questionable behavior. A reporter asked him a question about the end of the U.S. state of emergency, which is set for May 11th.
20 HOURS AGO
Eden Reports

On Sunday, Maria Bartiromo reported during a Fox News Sunday Morning Futures segment that there are 1,850 boxes filled with classified documents that President Joe Biden donated to his home state's university.
NEWARK, DE・2 DAYS AGO
SmartAsset

Vanguard has released its January 2023 investment and economic forecasts, and there are some interesting projections that all investors should consider. The forecast predicts faster economic growth in China than in the U.S. or Europe. When looking at investments, Vanguard … Continue reading → The post Vanguard Sees Non-U.S. Equities, Emerging Market Bonds as Top Sectors in 2023 appeared first on SmartAsset Blog.
6 DAYS AGO
SmartAsset

BlackRock Says Bonds Should Be Hot in 2023

For bond investors, 2022 was a year to forget - interest rates skyrocketed and the general rule is that for every 1% increase in interest rates, the bond's price moves 1% in the other direction for every year of its … Continue reading → The post BlackRock Says Bonds Should Be Hot in 2023 appeared first on SmartAsset Blog.
21 HOURS AGO