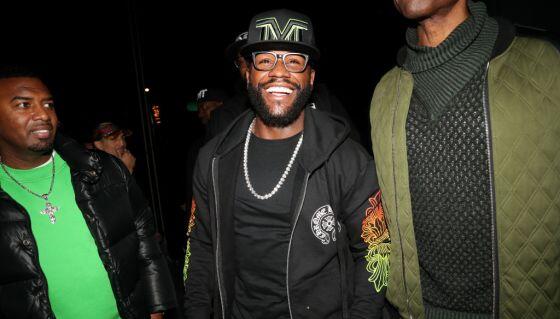 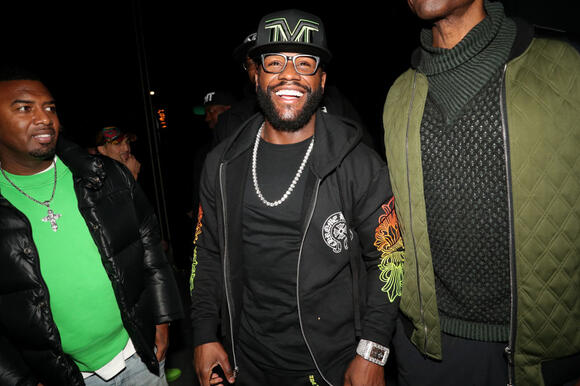 We know art can get expensive, but Floyd Mayweather just showed out how about a dozen pieces of work can cost over $3 million.

The former boxing champ hit up Art Basel in Miami with his billionaire friend Robert Smith for some new decor, with the two of them shelving out some major cash. Smith is also an investor in Floyd’s “The GOAT” docuseries.

Reports say Floyd purchased ten pieces from the festival and may be returning again this week to pick up more.

The infamous South Florida art show routinely brings in major entertainers and athletes from around the world, with TMZ reporting “stars like Leonardo DiCaprio , Martha Stewart , Amar’e Stoudemire and Sylvester Stallone were in the building.”

We’re sure it’s probably a lot less than this, but what’s the most money you’ve ever spent on art or something for your house? READ MORE STORIES ON BLACKAMERICAWEB.COM :

Private Jimmy Butler lugged a bulky radio across a foggy battlefield as enemy machine guns roared and mortar shells thudded. It wasn’t a scene from one of his Hollywood movies. The former child star had entered the thick of combat as a U.S. soldier. ...
AKRON, OH・27 MINUTES AGO
Majic 94.5

Ma$e Honored With Proclamation And His Own Day In Harlem

The 47-year-old star was honored for his “outstanding achievements and enduring contributions” across entertainment and hip-hop culture. The post Ma$e Honored With Proclamation And His Own Day In Harlem appeared first on NewsOne.
NEW YORK CITY, NY・2 DAYS AGO