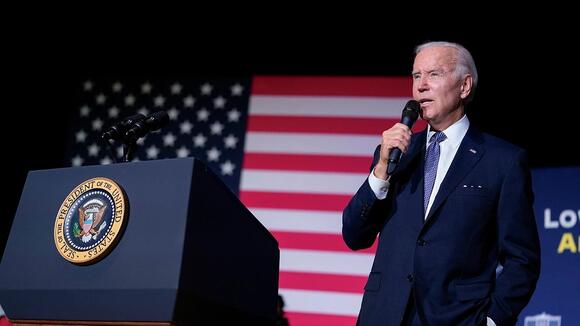 WASHINGTON, D.C. (Nexstar) — Texas wants anyone who comes into the state illegally to be deported. This case made its way to the U.S. Supreme Court on Tuesday. Texas is asking the court to expand who is targeted for deportation.

Those new guidelines said dangerous criminals such as terrorists or those who recently crossed into the U.S. should be prioritized for deportation.

“The law the Biden Administration is trying to ignore is crystal clear: certain illegal aliens that have committed crimes must be detained and cannot be allowed to roam freely in our communities,” Texas Attorney General Ken Paxton said in a written statement. “We look forward to making our case before the U.S. Supreme Court and protecting the rule of law. Keeping our citizens safe is one of the most fundamental duties of government, perhaps even the most fundamental. The Biden Administration has tried to ignore that duty, but we’re fighting every single day to remind them.”

University of Texas at Austin law professor Stephen Vladeck filed an amicus brief in this case. He has a different take on what this case going to the Supreme Court means.

According to his brief, Texas has a history of filing lawsuits that support the Republican party’s interests with conservative judges who are likely to appeal to its side. Vladeck alleges issues being brought to the Supreme Court have more to do with politics.

“Texas has abused the federal courts by intentionally, repeatedly, and solely filing its Texas-based lawsuits against the federal government in district court divisions staffed entirely, or almost entirely, by judges appointed during presidencies of the Texas Governor’s and Attorney General’s party. In many of these cases, Texas has had a 95% (or greater) chance of drawing a specific judge,” Vladeck’s brief stated. “Those courts have repeatedly issued nationwide injunctions against a growing array of actions and initiatives undertaken by the Biden Administration.”

Policy Director of the American Immigration Council Aaron Reichlin-Melinck said this caused a lot of uncertainty for families who have immigrated to the states.

“For those who are already here, they want some idea of certainty about whether or not the federal government is going to go after them,” Reichlin-Melinck said.

Director of Litigation for the Texas Public Policy Foundation Chance Weldon said he doesn’t think Texas will have a difficult time winning this case that went up to the highest court on Tuesday.

“Whenever an agency exceeds a federal statute … the state should have the right to come in and be able to sue,” Weldon said.

In the Supreme Court on Tuesday, there was a lot of talk about the language of the current law, which said illegal immigrants “shall” be taken into custody and whether the federal government is overstepping its power.

“It’s our job to say what the law is, and I don’t think we should change that responsibility because Congress and the executive can’t agree on something that’s possible,” Chief Justice John Roberts said.

Congress has no set funds currently to deport all illegal immigrants in the country. Texas’ lawyer told Supreme Court justices the state would prioritize working with limited funds.

“The reality is we live in a world of limited resources, ICE is never going to be able to arrest every undocumented immigrant in the country,” Reichlin-Melinck said.

In July, the Supreme Court voted 5-4 to leave the immigration policy frozen nationwide but also decided to hear arguments in the case in November.

A decision in the case is expected by late June.

What is TikTok’s cyber-security ‘Project Texas’? Does it have anything to do with Texas?

ABILENE, Texas (KTAB/KRBC) – On January 1, revelers rang in the new year while Abilene police responded to the 3100 block of College Street in north Abilene. On arrival, officers found 35-year-old Ashley Rapp lying in the street. Rapp was said to be clinging to life with injuries consistent with being run over. She was […]
ABILENE, TX・5 HOURS AGO
BigCountryHomepage

ABILENE, Texas (KTAB/KRBC) – An Abilene man was arrested by a SWAT team after he allegedly threatened his wife with a rifle at her workplace. Shirley Sedberry was taken into custody and charged with Terroristic Threat of Family/Household in connection to the incident Monday, and now remains held in the Taylor County Jail on a […]
ABILENE, TX・3 DAYS AGO
BigCountryHomepage

Editor’s Note: The following arrest and incident reports were supplied by the Abilene Police Department. All information below comes from reports made by responding officers, and all suspects are considered not guilty unless determined otherwise in a court of law. Incidents 4500 block of S 1st Street – Credit Card or Debit Card AbuseA victim […]
ABILENE, TX・3 DAYS AGO
BigCountryHomepage

Editor’s Note: The following arrest and incident reports were supplied by the Abilene Police Department. All information below comes from reports made by responding officers, and all suspects are considered not guilty unless determined otherwise in a court of law. Incidents 800 block of Kirkwood Street – Theft of Motor VehicleA vehicle was involved in […]
ABILENE, TX・1 DAY AGO
BigCountryHomepage

Crime Reports: Woman bites Abilene officer as he calls for backup to arrest her

Editor’s Note: The following arrest and incident reports were supplied by the Abilene Police Department. All information below comes from reports made by responding officers, and all suspects are considered not guilty unless determined otherwise in a court of law. Incidents 1200 block of Cypress Street – Family Violence AssaultA victim reported that her common […]
ABILENE, TX・4 DAYS AGO
BigCountryHomepage

A stronger-than-expected jobs report has put the wind at President Biden’s back ahead of his State of the Union address next week, and it could provide additional momentum as he prepares a reelection announcement in the coming weeks. Biden on Friday hailed new data from the Labor Department that showed the economy added 517,000 jobs […]
17 HOURS AGO
BigCountryHomepage

The State Board of Education is changing its mind on "school choice" — voting Thursday to reverse its previous stance of asking Texas lawmakers to reject school vouchers or anything that gives public funding to private schools.
TEXAS STATE・6 HOURS AGO
BigCountryHomepage

B-1 Baby on Board: Dyess AFB pilot among first to fly while pregnant

SNYDER, Texas (KTAB/KRBC) – An explosion was reported at Kinder Morgan Plant in Snyder Tuesday morning. The Snyder Volunteer Fire Department says they believe an electrical transformer blew at the gas plant off FM 1611 around 7:00 a.m. Residents around town reported hearing the explosion, some even noticing windows and buildings shake. Right now, no […]
SNYDER, TX・3 DAYS AGO
BigCountryHomepage

ABILENE, Texas (KTAB/KRBC) – Navy Veteran, weather forecaster, Former Ben Richey Boys Ranch President. Charlie Jordan, by all accounts, was a character. Pouring his all into everything he did, Jordan left a legacy to learn from after his recent passing at the age of 86. Charlie Jordan’s impact on KTAB News: “I’ve been at KTAB […]
ABILENE, TX・13 HOURS AGO
BigCountryHomepage

HOUSTON (KIAH) In 2023, Netflix is trying to make sure no one is sharing account passwords. Do you share your Netflix passwords? In Texas, 53% of Texas Netflix subscribers said they do share their password, and watches and average of 760 hours of Netflix each year. That’s according to Techelate.com. The streaming giant sent a […]
TEXAS STATE・1 DAY AGO
BigCountryHomepage

Editor’s Note: The following arrest and incident reports were supplied by the Abilene Police Department. All information below comes from reports made by responding officers, and all suspects are considered not guilty unless determined otherwise in a court of law. Incidents 1600 block of S 14th Street – Burglary of BuildingPolice responded to a burglary […]
ABILENE, TX・2 DAYS AGO
BigCountryHomepage

MIDLAND, Texas (KMID/KPEJ) – The Midland Police Department (MPD) is still investigating and looking for the family of a young man with disabilities, found walking alone last weekend in West Midland. According to the MPD, attempts to locate the boy’s parent or guardian have, so far, been unsuccessful. The young man, believed to be between […]
MIDLAND, TX・2 DAYS AGO
BigCountryHomepage

ABILENE, Texas (KTAB/KRBC) – Several Abilene and other Big Country agencies have reported multiple vehicle crashes Monday morning due to icy driving conditions. Take a look at this wreckage just north of Ballinger: A KTAB/KRBC crew on-site gathered that, due to the slick road conditions, three vehicles and a boat were involved. This crash happened […]
ABILENE, TX・4 DAYS AGO