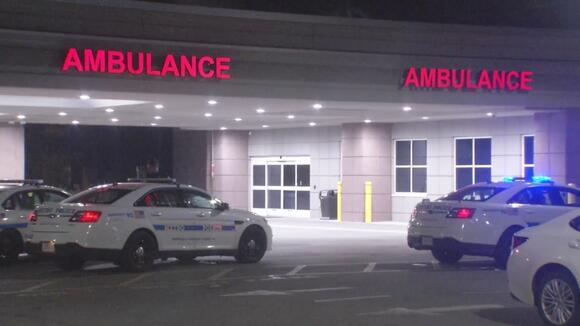 NASHVILLE, Tenn. (WKRN) – A man is facing felony charges after police say he brought guns and a large amount of drugs inside TriStar Centennial Medical Center earlier this week.

On Monday, Nov. 28, nurses alerted an officer to a suspicious bag that was giving off an odor. According to an affidavit, nurses say the patient, later identified as 23-year-old Allen Staes, refused to give up the bag to receive a CT scan.

Court records say that’s when an officer asked Staes if there were any drugs in the bag. Staes responded and said there was “a small bag of marijuana” inside the backpack.

During a search of the backpack, the officer found 11.6 grams of cocaine, 4 grams of heroin, 26 grams of meth, 289 grams of marijuana, 87 ecstasy pills, one scale and sandwich bags.

An affidavit states the officer also found four handguns in Staes’ possession, with one confirmed being stolen by records.

As the officer was searching the bag, Staes tried to flee the room. Court records state the officer struggled with Staes before eventually placing him into custody.

Officials say Staes is a convicted felon who has multiple felonies in Tennessee, Georgia and Louisiana.

Staes was charged with various charges including theft of a firearm, felon in possession of a firearm and multiple felony drug charges. He remains in the Metro jail.

This makes the second time in less than a week that Metro police has made an arrest for an incident involving a gun at a local hospital.

On Saturday, Nov. 26, Metro police arrested a 33-year-old man who fired multiple shots inside the stairwell of Saint Thomas Midtown Hospital. The man was found with a gun and multiple magazines at the scene.

NASHVILLE, Tenn. (AP) _ Tyrin Lawrence knocked down a 3-pointer from the right corner at the buzzer as the Vanderbilt Commodores snapped an 11-game skid against its in-state rival by upsetting sixth-ranked Tennessee 66-65 Wednesday night. Students rushed the court and joined the Commodores in celebrating easily the biggest win in coach Jerry Stackhouse’s fourth […]
NASHVILLE, TN・2 HOURS AGO