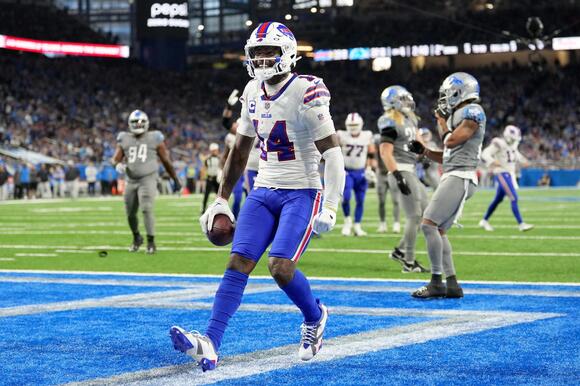 Buffalo, N.Y. (WGR 550) - While it was a matchup that ended up being too close for comfort, the Buffalo Bills come away with another win on Thanksgiving Day, and a second-consecutive win in Detroit.

For a moment during last Thursday's Turkey Day showdown with the Lions at Ford Field, it looked like the Bills had no answers to solve Detroit. Buffalo started the second half with another costly red zone interception from Josh Allen, and then ended up punting on the next three drives.

However, knowing the time was dwindling away in the contest, Buffalo's offense woke up with a 90-yard drive that chewed 6:19 off the clock, resulting in a Allen-to-Stefon Diggs touchdown with 2:40 to go. After a Tyler Bass missed extra point, the Bills only held a three-point lead, 25-22.

Detroit responded with a quick drive to get into field goal range for kicker Michael Badgley, who evened the score at 25-25 with just 23 seconds remaining.

As it turns out, 23 seconds was all that Buffalo needed to secure the win.

After a missile from Allen-to-Diggs for 36 yards to get the Bills into field goal range, a couple more runs from the Buffalo quarterback helped get Bass within reasonable striking distance to end the game. This time, from 45 yards out, the Bills kicker didn't miss, helping his team to a 28-25 win and an 8-3 record.

While Buffalo continues to remain tied with the Dolphins in the AFC East standings, Miami continues to hold the high ground with the tie-breaker. That means Buffalo holds the top spot in the AFC Wild Card standings with six games remaining on the schedule.

If the season had ended after the Week 12 schedule, Buffalo would end up opening the playoffs with a matchup against the Ravens at M&T Bank Stadium in Baltimore. The Bills played in Baltimore back in Week 4, and ended up coming back from a 20-3 deficit to earn a 23-20 win. 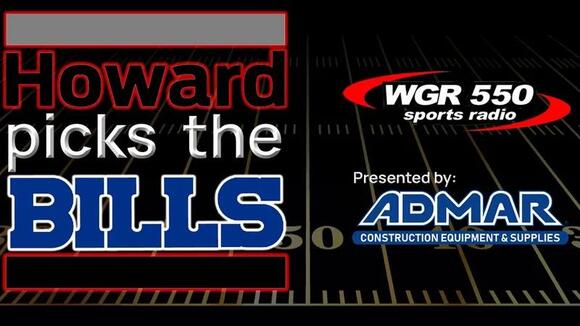 This next upcoming stretch for the Bills will be important, as they open up three-straight games against AFC East opponents on Thursday night in Foxborough, Massachusetts. The Bills will first match up with the 6-5 New England Patriots at Gillette Stadium, followed by a pair of home games against the 7-4 New York Jets and then the 8-3 Dolphins at Highmark Stadium.

The Patriots continue to remain within striking distance of their division rivals, despite currently sitting in last place. After a three-game winning streak with a pair of wins over the Jets and another victory over the Indianapolis Colts, New England came up just short of another win on Thanksgiving night in Minnesota against the Vikings.

Despite a relatively mediocre start to his sophomore campaign, Patriots quarterback Mac Jones put up a career performance in Thursday's loss to the Vikings with 382 yards through the air on 28-of-39 passing and two touchdowns.

However, Jones and the New England offense has been in the bottom half of the league in production this season, averaging just 325.9 yards per-game.

Where the Patriots are most potent is on defense, as the unit ranks fourth overall in the NFL giving up just 307.8 yards per-game. The New England defense is also second in the NFL this season with 37 sacks (Matthew Judon leading the league with 13), and is tied for fifth this year with 18 takeaways.

Over the past few years, Buffalo has had a great deal of success over the Patriots, including a 47-17 throttling of New England in the AFC Wild Card Round this past year in Orchard Park. At Gillette Stadium, the Bills have been dominant with wins in their past two trips, outscoring the Patriots, 71-30.

Howard Simon continues to believe in the Bills' recent strong play against the "Evil Empire" of football, as he is picking Buffalo to, once again, come away with a victory over head coach Bill Belichick and his squad on the road.

As for the rest of the 2022 schedule, Howard feels pretty good about the road ahead for the Bills, with the exception of their Week 15 home matchup with the Dolphins. The nightmares from Week 3 in Miami continue to haunt Howard, as he ends up with Buffalo finishing 13-4 on the season.

Be sure to follow along on Twitter for the latest picks from Howard by using the hashtag #HowardPicksTheBills . You can also track all of Howard's picks throughout the season with Brayton Wilson's picks tracker on Twitter: @BraytonJWilson .

You can listen to the latest edition of "Howard Picks the Bills" in the player, or watch the Week 13 edition below:

How does Howard Simon believe the final six games of the 2022 season will play out for the Buffalo Bills? It's time for...

Patrick Mahomes is done hearing about all this "Burrowhead" talk.  During his postgame interview on Sunday night, Mahomes took a shot at Joe Burrow and the Bengals.  The Chiefs quarterback made it clear it's called Arrowhead Stadium.  “We showed this place is Arrowhead, it’s not ...
CINCINNATI, OH・1 DAY AGO
WGR550

What Bills will be free agents in March?

The NFL has informed teams that the 2023 salary cap will be $224.8 million per club. What Bills will be unrestricted free agents as they navigate the cap this offseason?
21 HOURS AGO
Athlon Sports

Patrick Mahomes' wife, Brittany, wants all the smoke.  Brittany, who's never been afraid to speak her mind on social media, just posted a message for the Bengals.  Hint: It's not very friendly.  "Cancun on 3," she said on Twitter.  "Cancun on 3" has become a trendy phrase in the ...
CINCINNATI, OH・1 DAY AGO
WGR550

The Buffalo Sabres’ five-game winning streak came to an end on Saturday night, as they were defeated by the Minnesota Wild, 3-2, in shootout fashion inside Xcel Energy Center in St. Paul, Minnesota.
BUFFALO, NY・2 DAYS AGO
WGR550

The Buffalo Sabres were finally able to practice on Monday after wrapping up their grueling January schedule of games on Saturday. Paul Hamilton has more:
BUFFALO, NY・21 HOURS AGO
WGR550

The Buffalo Sabres take their five-game win streak (and perfect road trip) into Xcel Energy Center to battle the Minnesota Wild on Saturday night. Last time these teams got together, Victor Olofsson beat Minnesota 6-5 with an overtime-winner.
BUFFALO, NY・2 DAYS AGO