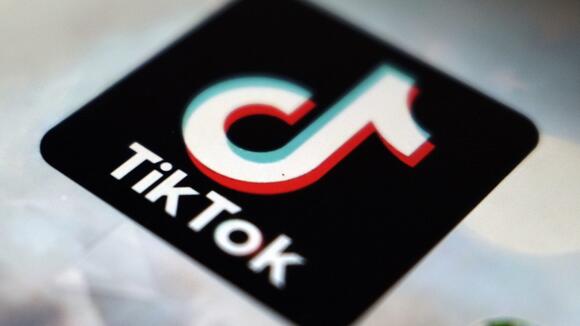 The governor signed an executive order Tuesday that bans the use of the app for state government agencies, employees and contractors on state devices. That means those using state-owned or licensed devices cannot download the TikTok app or visit the website.

Noem said the decision is a result of a “growing national security threat.”

“South Dakota will have no part in the intelligence-gathering operations of nations who hate us,” said Noem. “The Chinese Communist Party uses information that it gathers on TikTok to manipulate the American people, and they gather data off the devices that access the platform.”

TikTok is owned by ByteDance, a Chinese company that moved its headquarters to Singapore in 2020. It has been targeted by Republicans who say the Chinese government could access its user data such as browsing history and location. U.S. armed forces also have prohibited the app on military devices.

TikTok, which has exploded in popularity with a nearly addictive scroll of videos, has also struggled to detect ads that contain blatant misinformation about U.S. elections, according to a recent report from the nonprofit Global Witness and the Cybersecurity for Democracy team at New York University.

Noem isn’t the only South Dakota politician to speak out against the app. Last month, Congressman Dusty Johnson tweeted that “TikTok delivers garbage content to American students and educational content to Chinese students. We cannot trust this company.”

Sioux Falls Mayor Paul TenHaken also expressed concerns on Twitter about the potential national security threat posed by the app, saying that it’s “…not as harmless as many believe.”

Head of FBI: TikTok is a threat to national security

ByteDance did not immediately respond to a request for comment on Noem’s order and statement.

TikTok Chief Operating Officer Vanessa Pappas, based in Los Angeles, has previously said the company protects all data of American users and that Chinese government officials have no access to it.

Former President Donald Trump issued blanket-style orders against Chinese tech companies, but the White House under Joe Biden has replaced them with a narrower approach. U.S. officials and the company are now in talks over a possible agreement that would resolve American security concerns.

COLUMBIA, S.C. (AP) – A federal appeals court has denied South Carolina Republicans’ motion for a stay in the ongoing challenge over the state’s congressional district map. Leading GOP lawmakers will now take their case to the U.S. Supreme Court in attempt to avoid redrawing the map that a three-judge federal panel last month deemed […]
SOUTH CAROLINA STATE・3 HOURS AGO
WJBF

The epicenter of the earthquake was located 1.3 miles east northeast of West Seneca.
BUFFALO, NY・9 HOURS AGO
WJBF

(WJBF) – A warning has been issued by the FBI Columbia field office ahead of Valentine’s Day. The warning is about potential scams that will happen around the holiday. Scammers exploit individuals online who may be looking for companionship, or romance. According to recent data reported in the 2021 Internet Crime Complaint Center annual report, South […]
COLUMBIA, SC・5 HOURS AGO
WJBF

"Today I learned that it's only a Texas thing to sell pickles at the movie theater and I can't decide if Texans are genius or just weird."
TEXAS STATE・2 DAYS AGO
WJBF

ST. AUGUSTINE, Fla. (AP) – A Florida teenager faces a possible life sentence after he pleaded guilty to fatally stabbing a 13-year-old classmate 114 times and leaving her body in a wooded area near their homes in 2021. Sixteen-year-old Aiden Fucci entered the plea Monday morning just before jury selection was scheduled to begin in […]
FLORIDA STATE・2 HOURS AGO
WJBF

GEORGIA (WJBF) – Monday is the first day of severe weather preparedness week for the state of Georgia. Meteorologist Sherrie Shealy explains everything we need to know about thunderstorms. The ingredients needed for a thunderstorm are moisture, unstable air, and a lifting mechanism. A typical thunderstorm is 15 miles in diameter and lasts for 30 […]
GEORGIA STATE・9 HOURS AGO