The Best Looks From Porsha And Simon’s Star-Studded Wedding 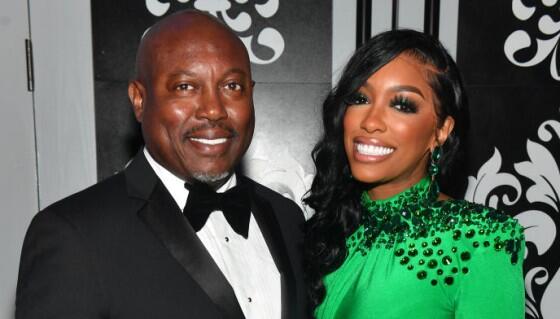 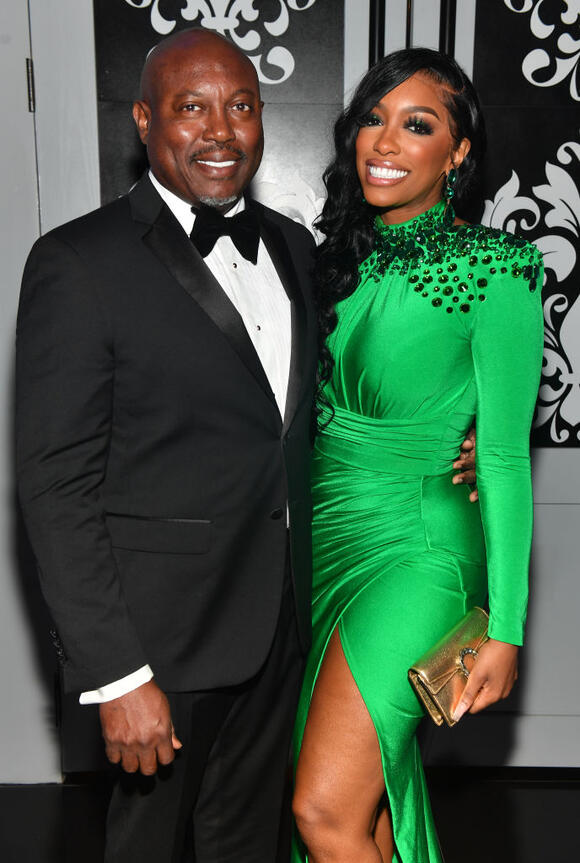 Porsha Williams finally tied the knot with Simon Guobadia over the weekend. The former Real Housewives of Atlanta star celebrated the big occasion with two star-studded wedding receptions filled with their close loved ones and family.

On Nov. 25, Williams, 41, and Guobadia, 57 kicked off their wedding extravaganza with a traditional Nigeran common law ceremony at the ritzy Four Season Hotel. One picture posted to Porsha’s Instagram account captured the star wearing a custom Edo wedding gown courtesy of African fashion designer Lakimmy, according to PEOPLE . The Pursuit of Porsha author completed her wedding look with traditional Benin coral beads and an elegant okuku headpiece. Guobadia opted for a white tunic which he paired with a long white skirt and traditional beads that looked similar to his wifey. Guobadia hails from Benin City, the Edo State of Nigeria.

Later, Williams changed into two gowns carefully crafted by designer Tabik. One was royal blue and the other was a rich gold color.

“Guests were also asked to follow suit by wearing traditional or formal Nigerian-inspired attire in the colors of the day: purple and teal,” according to the outlet.

Ahead of the nuptials, Williams said she was “ridiculously excited” to walk down the aisle with her husband.

“I am just so ready. I’m not even nervous,” she continued. “I mean, I know I’m marrying the love of my life, and it’s just going to solidify our relationship and our family bond. I’m calm and excited.”

Guobadia on the other hand was a bit “nervous” about the big day.

“When you say you’re a little nervous, and you’re about to walk down the aisle, people are thinking, ‘Uh-oh,’” he explained. “But my nervousness comes from the family members and friends who I haven’t seen in a long time coming into Atlanta!”

The fun didn’t stop there. On Nov. 26, Williams and her hubby kept the romance flowing with a second wedding ceremony, where a number of star-studded celebs were in attendance.  This time, the pair opted for a lavish white wedding ceremony.

Porsha shined in a beautiful ballroom wedding gown that featured floral detailing. She completed her stunning wedding ensemble with a gleaming white crown. Guobadia opted for a Black general suit.

Attendees put on their best attire in honor of the big occasion, too. Here are some of our favorite looks from Porsha and Simon’s stunning wedding ceremony.

Nene Leakes and her boyfriend Nyonisela Sioh showed up and showed out at Porsha and Simon’s wedding. Leakes dazzled in a shimmering steel chain gown that showed off her bodacious figure. Her boo Sioh opted for a sleek black suit.

Yandi Smith shined in a Matopeda Atelier gown that showed off her chiseled legs through a sexy frontal slit. Mendecees complimented his wifey’s look with a handsome suit courtesy of Eaden Myles.

Da Brat and her wife Jesseca Dupart arrived at Porsha and Simon’s wedding in style.

Jessica served up face and body in a black and white corset dress courtesy of Matopeda Atelier. The hair care guru completed the stunning look with shiny pearl earrings in a 70’s style updo. Da Brat kept things simple with a sleek tuxedo.

Fresh off her stunning Soul Train Award performance, Kandi Burruss left no crumbs in a waist-hugging Yousef Aljasmi Dress that she paired with Jimmy Choo shoes. The reality TV star jazzed the look up with statement jewelry courtesy of Deep Gurnani. Her hubby Todd opted for a simple look, sporting a black blazer and fitted slacks.

Toya Johnson served up face and body in an Albina Dyla dress. Her hubby Robert Rushing opted for a sleek suit designed by Connaisseur Paris.

Cynthia Bailey celebrated the nuptials of Porsha and Simon in a lacy Jovani Fashions dress. The Real Housewives of Atlanta star tied the look together with a slicked-back braided ponytail and black heels.

Gleam Beauty CEO Aminat Mcclure attended the wedding in a shiny Lint Boutique gown that showed off her busty upper half.