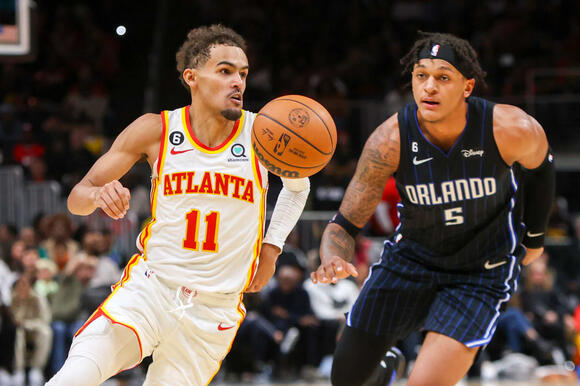 Preview, injury report, odds, and television options for the NBA game between the Atlanta Hawks and the Orlando Magic.

The Atlanta Hawks and Orlando Magic met in the second game of the 2022-23 NBA season. As expected, Orlando dropped the game and embarked on an 82-game tank for Victor Wembanyama rebuild.

Atlanta has regressed after getting off to a hot start. They have lost four of their last five games and appear lost on offense—the All-Star backcourt of Trae Young and Dejounte Murray have struggled with efficiency through the first quarter of the season.

The silver lining for Hawks fans is that defensive consistency always beats offense. Atlanta ranks 12th in defensive rating and does a solid job of limiting their opponents' looks at the basket, despite playing at a fast pace.

Tonight should be the perfect opportunity for Atlanta to break out of their slump. Not only is Orlando the lesser team, but they are battling injuries (more on that below). But then again, the memory of last week's Houston Rockets game still haunts Hawks fans.

Kenny Smith details just how miserable the culture of the Sacramento Kings was, having spent 3 years with them
SACRAMENTO, CA・3 HOURS AGO
Sportsnaut

Philadelphia 76ers general manager Daryl Morey believes the team will make a move heading of the NBA trade deadline, but
25 MINUTES AGO
Boston

"Joel Embiid completely hosed once again." In the weeks leading up to Thursday’s announcement for the 2023 NBA All-Star Game starters, it was known that one of Jayson Tatum, Kevin Durant, Giannis Antentokounpo, and Joel Embiid was going to be a tough snub. Embiid ended up being the odd...
BOSTON, MA・8 MINUTES AGO
The Big Lead

Tragic news has struck the world of professional wrestling with the word that one of wrestling's biggest stars has lost his life at the age of 38. Celebrity entertainment outlet TMZ, which is known for breaking the news of many deaths of famous people around the world, broke the news of the death of legendary wrestler Jay Briscoe, who has tragically died in a car crash at the age of 38.
21 HOURS AGO
All Hawks

Answering Atlanta Hawks fans questions about the second half of the regular season.
ATLANTA, GA・2 DAYS AGO
FastBreak on FanNation

According to NBA reporter Marc Stein, two-time NBA All-Star Andre Drummond is a player who could potentially get traded.
CHICAGO, IL・21 MINUTES AGO
NFLDraftBible

The Atlanta Hawks and State Farm Arena diverted over 2.5 million pounds of waste in 2022.
ATLANTA, GA・10 DAYS AGO