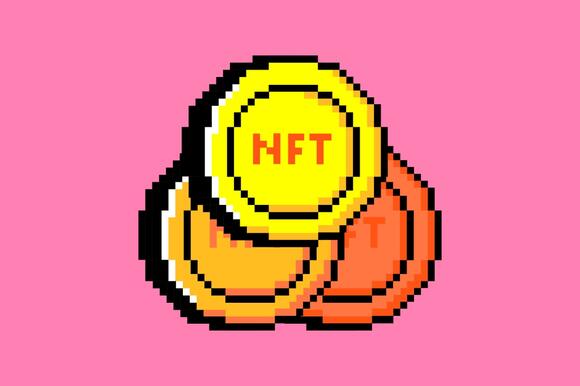 Though sales of non-fungible tokens, or NFTs, have dropped substantially amid the ongoing Crypto Winter, Uniswap Labs remains bullish on the future of the market.

The company, which backed the development of Uniswap, the largest decentralized exchange, today launched its own NFT aggregator platform after it shared in June that it had acquired Genie .

Unlike an individual NFT marketplace, the Uniswap aggregator allows users to view listings from OpenSea, LooksRare, NFTX, and others all at once. Users can then assess prices across the board and determine whether they want to buy or sell their own NFTs, either individually or in batches.

“It’s not competing with OpenSea. It’s not telling you to list your NFTs on Uniswap. It’s just giving you access to OpenSea and the other marketplaces,” Lader says. “The marketplaces have many other important functions. They have a lot of creator tools that help creators mint NFTs, and we’re not competing with that.”

Uniswap Labs noted that its aggregator will be the “the first major NFT platform” to open source its front-end code, and also mentioned that it will be more gas-efficient for users, meaning cheaper transaction fees.

Despite much of the criticism that follows NFTs and the current market slump, the company sees long-term promise in its aggregator.

“We believe that NFTs are in the very early stages of their development,” Lader said. “A non-fungible item can be used for lots of different things—well beyond what they're being used for today."

Recently, Uniswap Labs announced it raised a $165 million Series B funding round, valuing the company at $1.66 billion . In May, the decentralized exchange surpassed $1 trillion in lifetime trading volume , and it's previously dipped into the NFT realm with Unisocks, a token that was redeemable for a real pair of socks .

The American middle class is at the end of an era

Sick with a new Omicron variant? Be prepared for this symptom

A buzzy NFT startup from Decentraland’s founder was supposed to be the future of crypto gaming. His $20M gamble on Genesis could cost the company its future

How Big Time became one of the top creditors on the bankrupt lending platform.
2 DAYS AGO
Fortune

There’s a big skills gap at work right now. These are the top 10 skills employers are looking for

Ultra-rich Bryan Johnson sees a team of 30 doctors for regular, and sometimes invasive, tests to make him biologically younger.
1 DAY AGO
Fortune

With egg prices up 137% from a year ago, shoppers are trying to bring them in from Mexico.
2 DAYS AGO
Fortune

At the opening of Atlantis the Royal, Queen Bey reportedly slept in $100,000 a night accommodations.
3 DAYS AGO
Fortune

Bill Gates, seen here at the Australian Open on Thursday, considers China's rise a net positive. Bill Gates sees China’s rise as a “huge win for the world.” But he knows that not everyone shares his view. Speaking this week at the Lowy Institute, a think tank...
WISCONSIN STATE・1 DAY AGO
Fortune

Quiet quitting and remote work may be factors.
8 HOURS AGO
Fortune

Twitter claimed it fixed the problems in 2020.
2 DAYS AGO
Fortune

Chinese electric vehicle companies are racing ahead on every front, and they may be the biggest threat to Tesla's dominance.
1 DAY AGO
Fortune

Russia's war in Ukraine is piling on pressures that threaten a crisis in global food supply.
1 DAY AGO
Fortune

Experts weigh in on the latest GDP report. Was the fourth quarter the economy’s final hurrah?
1 DAY AGO
Fortune

Fully remote roles are taking a backseat to "remote-first" jobs.
2 DAYS AGO
Fortune

Immigrants will make up for the lag in new births in the U.S. in the coming decades, a recent government report predicts.
2 DAYS AGO
Fortune

Working from home saves employees 2 hours a week in commute time, and they’re spending it in ways CEOs don’t expect

Working from home saved people roughly two hours a week in commute time, according to the National Bureau of Economic Research. Something is typically considered to be a cliché only after being a long established, entrenched truism. Like if you’re at the office Keurig machine and say to a coworker, “Man, traffic was hell this morning.” Innocuous pleasantries about traffic as a conversation piece is a cliché—but only because it’s also fact.
3 DAYS AGO
Fortune

Shares of Adani Group companies plummeted after its founder was accused of “pulling the largest con in corporate history.”
2 DAYS AGO
Fortune

Half of the world’s population is under 30–but they have little say over the decisions that shape their future. It’s time for young people to be seen and heard in the halls of power

The public trusts young people to participate in decision-making–but they remain massively underrepresented in public life. Today, our world is home to the largest generation of young people in history. But what kind of world are these young people going to inherit? It’s time for all generations to unite–and together tackle some of the most pressing issues facing the world. And the first step is to make sure young people are meaningfully included in decision-making spaces around the world.
2 DAYS AGO
Fortune