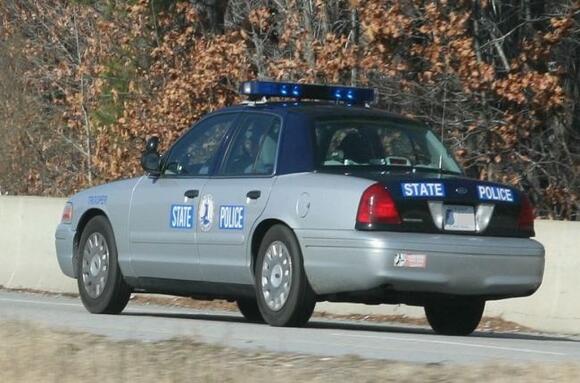 RICHMOND, Va. (WRIC) — A Richmond high school student was one of 14 people in Virginia to be tragically killed in car crashes throughout Thanksgiving weekend.

Josie Cox was a senior at Huguenot High School in Richmond when she was killed in a crash on Sunday, Nov. 27.

“It pains me to share the loss of another RPS student this past weekend, Josie Cox , a senior at Huguenot HS ,” Richmond Public School said in a statement. “Josie tragically died in a car crash on Sunday, leaving behind devastated family members and friends. Please join me in keeping Josie’s loved ones in your hearts tonight.”

Virginia State Police said all 14 victims died during the five-day period beginning at 12:01 a.m. on Nov. 23 and ending at midnight on Nov. 27. The fatal crashes occurred in the counties of Brunswick , Campbell, Chesterfield, Floyd, Greensville, Henrico , Loudoun , Powhatan, Prince William , Rockingham and Spotsylvania and the cities of Richmond, Roanoke and Virginia Beach.

Of the crashes, three involved pedestrians , one included a motorcycle and eight victims were not wearing seatbelts.

“Not sure how many times we can say this until folks start paying attention, but ‘Seatbelts save lives,'” said Colonel Gary T. Settle, Virginia State Police Superintendent. “We are now heading into the 2022 holiday season with 14 families grieving the loss of their loved ones due to these Thanksgiving holiday traffic crashes. For eight of those 14, the simple act of buckling up may well have prevented such tragic outcomes. Please buckle up everyone in your vehicle every time and on every ride.”

In an effort to prevent traffic deaths and injuries during the Thanksgiving holiday, Virginia State Police participated in Operation C.A.R.E., the Crash Awareness and Reduction Effort. This Thanksgiving, State Police said the operation resulted in troopers citing 4,413 drivers speeding, and 1,803 reckless drivers statewide. A total of 93 drivers were arrested for driving under the influence and 454 people were cited for seatbelt violations.

yeah your chances are significantly better wearing seat belts but there also been people killed in crashes and they were wearing their seatbelts. so seatbelts don't always save you

History is coming alive in Chesterfield County this month, thanks to a variety of programs offered by Virginia State University and the county during the 34th Black History Month Celebration.
CHESTERFIELD COUNTY, VA・10 HOURS AGO
WRIC - ABC 8News

A woman is in the hospital after she was hit by a car on VCU's campus on Thursday evening. This happened just one week after another pedestrian crash on campus resulted in a student's death.
RICHMOND, VA・7 HOURS AGO
WRIC - ABC 8News

There is no shortage of ways to celebrate Black History Month in Richmond thanks to a wide variety of offerings from Virginia Commonwealth University. Throughout February, the university will offer everything from a film screening and author talks to a discussion of heart health and a craft night for students and community members alike.
RICHMOND, VA・8 HOURS AGO
WRIC - ABC 8News

People across the Commonwealth remain in mourning after a car crash Thursday night claimed the lives of three James Madison University sophomores and sent two, including the driver, to the hospital in critical condition.
HARRISONBURG, VA・1 DAY AGO
WRIC - ABC 8News

One injured, 1 charged in domestic-related stabbing near Henrico High School

One person is in the hospital and another person has been charged in connection to a stabbing that took place in a neighborhood near Henrico High School.
HENRICO COUNTY, VA・20 HOURS AGO
WRIC - ABC 8News

‘I hope they catch him’: Richmond police continue efforts to catch the ‘neighborhood creep’

The Richmond Police Department is searching for a man who was caught peeping into a home on Wednesday. Officers suspect it is the very same man residents of the Museum District call the “neighborhood creep.”
RICHMOND, VA・1 DAY AGO
WRIC - ABC 8News

Two Chesterfield residents have been arrested in connection to an overnight homicide that took place in North Chesterfield on Thursday.
CHESTERFIELD COUNTY, VA・1 DAY AGO
WRIC - ABC 8News

The Henrico County Police Division is investigating a shooting that resulted in the injury of two men in the neighborhood of Highland Springs.
HENRICO COUNTY, VA・2 DAYS AGO
WRIC - ABC 8News

Another pedestrian hit by car on VCU campus, one week after student’s death

A pedestrian is in the hospital after being hit by a commercial vehicle on the VCU campus, just one week after another pedestrian crash on campus resulted in a student's death.
RICHMOND, VA・2 DAYS AGO
WRIC - ABC 8News

Effort to legalize fireworks in Virginia fizzles out

A proposal to legalize most consumer fireworks in the commonwealth died in committee Thursday, ensuring that Tennessee and West Virginia's state-line stands will continue to see thriving business.
VIRGINIA STATE・2 DAYS AGO
WRIC - ABC 8News

The FBI Richmond Teen Academy will be available this summer to Virginia teens with an interest in the FBI.
RICHMOND, VA・2 DAYS AGO
WRIC - ABC 8News

In June 2022, a man and a woman were shot to death inside a vehicle in Hopewell. Now, the woman's sister is making an urgent plea to see the killer brought to justice.
HOPEWELL, VA・2 DAYS AGO
WRIC - ABC 8News

Spot a stroke, stop a stroke, save a life. That is a motto the city of Richmond is following as it partners with groups like VCU Health in efforts to make the city a "Stroke Smart City."
RICHMOND, VA・2 DAYS AGO
WRIC - ABC 8News

Be bear aware at this time of year in Virginia

ROANOKE, Va. (WFXR) — This is bear den season, and the Virginia Department of Wildlife Resources (DWR) wants everyone to be aware of it. Bears generally do not hibernate in Virginia because it does not get cold enough for long periods of time. However, they do build dens, bed down, and restrict their movements through […]
VIRGINIA STATE・1 DAY AGO
WRIC - ABC 8News

The Chesterfield County Police Department is continuing to investigate a shooting that resulted in the death of a 24-year-old man.
CHESTERFIELD COUNTY, VA・3 DAYS AGO
WRIC - ABC 8News

A Goochland man is in the hospital after an officer-involved shooting Thursday evening.
GOOCHLAND COUNTY, VA・3 DAYS AGO
WRIC - ABC 8News

The Richmond Flying Squirrels have announced a $5,000 scholarship to commemorate the Richmond 34.
RICHMOND, VA・2 DAYS AGO