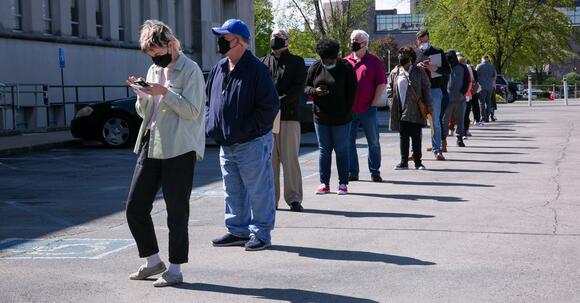 The ADP report, jointly developed with the Stanford Digital Economy Lab, was published ahead of the Labor Department's Bureau of Labor Statistics' more comprehensive and closely watched employment report for November on Friday.

The jury is still out on the ADP's reliability in predicting the private payrolls component in the BLS employment report.

Data on Wednesday is expected to show job openings remained elevated in October, according to a Reuters survey. There were 1.9 job openings for every unemployed worker in September.

The Fed has raised its policy rate by 375 basis points this year from near zero to a 3.75%-4.00% range in what has become the fastest rate-hiking cycle since the 1980s.

SEOUL, Jan 27 (Reuters) - South Korea's huge national pension fund is set to see its pool of money depleted by 2055, earlier than expected, because of a shrinking population amid low economic growth, an official estimate showed on Friday.
2 HOURS AGO
Reuters

Jan 26 (Reuters) - Visa Inc's (V.N) revenue growth continued to wind back to pre-pandemic levels in the first quarter as the post-lockdown travel craze ebbed and consumer spending slowed in a tough economy.
10 HOURS AGO
C. Heslop

Inflation has reduced the value of social security benefits to recipients. But there will be further cuts in the long run. Experts say the increasing needs of seniors are burdening small benefit reserves. Americans are living longer because of lower lifestyle risks. Life expectancy was 47 years in 1900 and it was 76 in 2021.
1 DAY AGO
Reuters

WASHINGTON, Jan 24 (Reuters) - After U.S. Treasury Secretary Janet Yellen called China a "barrier" to debt reform in Africa this week, Chinese officials in Zambia had a pointed response - get your own house in order.
WASHINGTON STATE・2 DAYS AGO
Reuters

OTTAWA, Jan 24 (Reuters) - Canada is disappointed the United States plans to maintain tariffs on Canadian softwood lumber imports, Ottawa said on Tuesday, arguing that a negotiated solution to the longstanding dispute was in the best interests of both countries.
2 DAYS AGO
Reuters

Jan 24 (Reuters) - The U.S. Justice Department sued Alphabet's Google (GOOGL.O) on Tuesday, marking the third antitrust lawsuit filed against a tech giant since the Trump administration kicked off investigations of the platforms and the Biden administration pledged to press on with the probes.
TEXAS STATE・2 DAYS AGO
Reuters

WASHINGTON, Jan 26 (Reuters) - President Joe Biden cast Republicans as representing the party of "chaos and catastrophe" on Thursday and sharply criticized their refusal to approve an increase in the U.S. debt ceiling unless they get a deal on spending cuts.
GEORGIA STATE・10 HOURS AGO
Reuters

BANGKOK, Jan 27 (Reuters) - Thailand's finance ministry on Friday maintained its economic growth outlook for 2023 at 3.8%, helped by a rebound in tourism and domestic demand, but an official said exports would slow down this year.
5 HOURS AGO
Reuters

WASHINGTON, Jan 26 (Reuters) - Senator Debbie Stabenow thwarted a bid on Thursday by fellow Democrat Joe Manchin to pass a measure that would block some electric vehicles from receiving a $7,500 tax credit.
WASHINGTON STATE・7 HOURS AGO
Reuters

Jan 26 (Reuters) - U.S. chip toolmaker KLA Corp (KLAC.O) on Thursday forecast its slowest growth in 16 quarters for the January-March period, saying it expects customers to whittle down existing stockpiles of chips as demand from end-users slows.
10 HOURS AGO
Reuters

Jan 27 (Reuters) - A look at the day ahead in Asian markets from Jamie McGeever. Spurred by a solid rally on Wall Street after upbeat U.S. economic growth data on Thursday, Asian stocks on Friday are set to continue their remarkable run and chalk up a fifth weekly rise in a row.
11 HOURS AGO
Reuters

Jan 26 (Reuters) - The U.S. health regulator has withdrawn emergency-use authorization for AstraZeneca's (AZN.L) COVID-19 antibody cocktail Evusheld as the treatment is not expected to neutralize the currently dominant XBB.1.5 subvariant of Omicron.
13 HOURS AGO
Reuters

STOCKHOLM, Jan 27 (Reuters) - Swedish steelmaker SSAB (SSABa.ST) expects to increase shipments in a more stable market in the first quarter, it said on Friday as it reported earnings in line with market expectations.
2 HOURS AGO
Reuters

TOKYO, Jan 27 (Reuters) - The Bank of Japan said on Friday it will extend five-year loans against collateral to financial institutions, the second time it has made such an offer after ramping up the funds-supply operation this month to defend its yield control policy.
3 HOURS AGO
Reuters

BENGALURU, Jan 27 (Reuters) - Shares of Tata Motors Ltd (TAMO.NS), India's No.3 carmaker by volume, rose as much as 8.2% to a more-than-four-month high on Friday after the company reported its first quarterly profit in two years.
3 HOURS AGO
Reuters

TOKYO, Jan 27 (Reuters) - Core consumer prices in Japan's capital, Tokyo, rose 4.3% in January from a year earlier, government data showed on Friday. The increase compared with a median market forecast for a 4.2% gain.
8 HOURS AGO
Reuters

Jan 27 (Reuters) - Private home prices in Hong Kong, one of the most unaffordable territories in the world, fell 15.6% in 2022 in the first annual drop since 2008, official data showed on Friday.
4 HOURS AGO