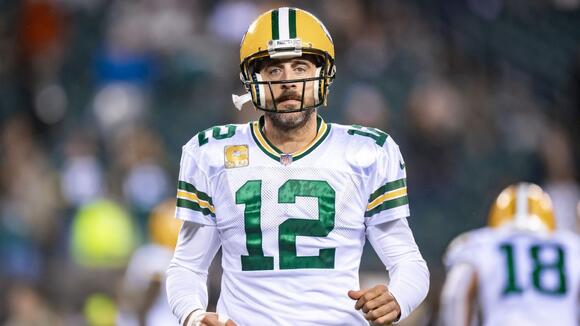 Read ESPN's fantasy football Daily Notes every weekday to stay caught up on the news you need to know and get a head start on the fantasy football content coming today and tomorrow to ESPN.com and the ESPN Fantasy App.

The news: Packers QB Aaron Rodgers expects to play Sunday against the Bears.

What it means in fantasy: Rodgers confirmed this on "The Pat McAfee Show" on Tuesday. His initial concern was that he might have a punctured lung. Rodgers had X-rays at Lincoln Financial Field following the Packers' Sunday night game against the Eagles. X-rays revealed he did not have fractured ribs, and it was reported he would have additional tests in Green Bay on Monday. Since Rodgers did not specify what the scans showed, it is assumed they did not reveal further damage. He is a low-end QB1 this week against the Bears. Rodgers has 19 fantasy points in each of the Packers' past two games.

The news: Tom Pelissero of the NFL Network reported that Raiders RB Josh Jacobs won't practice much this week and "hopes" to play against the Chargers on Sunday.

What it means in fantasy: Fantasy managers will closely monitor Jacobs' calf injury situation after his epic performance against the Seahawks in Week 12. He finished that game with 48.3 fantasy points, the second-most fantasy points this season behind Joe Mixon 's tally in Week 9. Jacobs' matchup this week is against a Chargers defense that allows the fourth-most fantasy points per game, so If active, Jacobs can be viewed as a high-end RB1. If he's ruled out, fantasy managers should pick up Zamir White or Ameer Abdullah as contingencies.< >

The news: Giants TE Daniel Bellinger is "trending in the right direction" for Week 13 against the Commanders according to head coach Brian Daboll.

What it means in fantasy: Bellinger suffered a fractured orbital bone in his left eye against the Jaguars back in Week 7. It was a unique injury, recovery, and rehab process for a football player. Bellinger returned to a full-pads practice on Tuesday with a visor attached to his helmet for extra protection. Bellinger would be a streaming option for fantasy managers In deeper formats if he were active.

Fantasy Takeaways: ESPN's Matt Bowen, Matt Miller and Jordan Reid did a fantastic job with this column, and one thing I took away was the number of wide receivers that were on the list and how that affects keeper and dynasty fantasy managers.

Justin Jefferson and Ja'Marr Chase ranked second and third, respectively. Since 2020, Jefferson has accumulated 4,248 receiving yards, averaging 19.3 fantasy points per game. While Chase has missed games this season, he has averaged 18.6 fantasy points with the Bengals during his career.

Stockpiling as many wide receivers as you can is a good best practice for fantasy managers in keeper or dynasty formats. There have been 204 wide receivers who scored 258 or more fantasy points between 2000 and 2021. Around 71% of wide receivers who met or exceeded that number were between 25 and 31 years old. This provides managers with some guidance on what receivers to prioritize in trades. In evaluating year-to-year stats for wide receivers, targets are the most predictable stats. Targets lead to receptions, receiving yards and touchdowns, which in turn translate into fantasy points. A receiver should be on your radar if he is or will be in a position to see an increase in targets in the near future.

Today on ESPN.com/Fantasy and in the ESPN Fantasy App

In Case You Missed It:

• Week 13 fantasy football rankings at every position (PPR and NPPR)

• "Fantasy Focus" podcast: Field Yates, Daniel Dopp and Stephania Bell recap a close MNF, talk some star players who could return this week and debate which borderline fantasy starters you can trust for the rest of the season. Plus, Eric Moody joins the show to discuss the players you have to add for Week 13. Listen | Watch

Michael Irvin will not fill his role as an NFL Network analyst ahead of Sunday's Super Bowl after a woman issued a complaint about his conduct during an encounter in Glendale, Arizona.
GLENDALE, AZ・10 HOURS AGO
ESPN

Fantasy basketball roundtable: Which players should you hold on to rather than send to waiver wire?

Our experts detail which players they are making a point to hold on to during this key time of the fantasy basketball season.
8 HOURS AGO
ESPN

NFL writers, analysts and reporters take their best guesses on the Super Bowl LVII matchup. Plus, who is their favorite for MVP -- Patrick Mahomes or Jalen Hurts?
KANSAS CITY, MO・15 HOURS AGO
ESPN

Myles Garrett 'all good' after dislocating toe at Pro Bowl

The Browns said X-rays on Myles Garrett's injured toe were negative and that they don't expect him to have any issues.
CLEVELAND, OH・1 DAY AGO
ESPN

Ron Rivera said Sam Howell will start the offseason as the Commanders' starting QB, appearing to take the team out of the running for a high-profile veteran.
WASHINGTON, DC・4 HOURS AGO
ESPN

Sources: Adrian Klemm to leave Oregon for job with Patriots

NFL commissioner Roger Goodell on Wednesday expressed support for the league's officials and the quality of their execution during his annual Super Bowl week news conference.
3 HOURS AGO
ESPN

They cost as much as $7 million. They've got to be good. Or, at least, interesting. Here's a roundup of some of the top Super Bowl commercials.
13 HOURS AGO
ESPN

Patrick Mahomes says he's "definitely in a better spot" this week when it comes to his ailing right ankle than he was for the AFC Championship Game.
KANSAS CITY, MO・6 HOURS AGO
ESPN

49ers quarterback Brock Purdy has decided to have elbow surgery on Feb. 22, a source confirmed to ESPN.
SANTA CLARA, CA・5 HOURS AGO
ESPN

Eagles' Sirianni: 'Chip' on shoulder after not being retained by Andy Reid

Eagles coach Nick Sirianni -- a former Kansas City assistant -- acknowledged that not being retained as a part of Andy Reid's staff with the Chiefs after the 2012 season has been a motivating force for him.
PHILADELPHIA, PA・2 DAYS AGO
ESPN

Chiefs OC Eric Bieniemy said Monday night it's "unfortunate that things haven't quite worked its way out" regarding a head-coaching opportunity, but was quick to add of his third Super Bowl trip in four years, "Who wouldn't want that?"
KANSAS CITY, MO・1 DAY AGO
ESPN

Wilson was supposed to be a cornerstone, but after getting benched twice last season he's trying to resurrect his career.
15 HOURS AGO
ESPN

NFL QB bargains: Ranking best to worst, exploring who gets paid next

It's no surprise two of the league's best values -- Patrick Mahomes and Jalen Hurts -- are playing for the title. Which QBs come next?
2 DAYS AGO