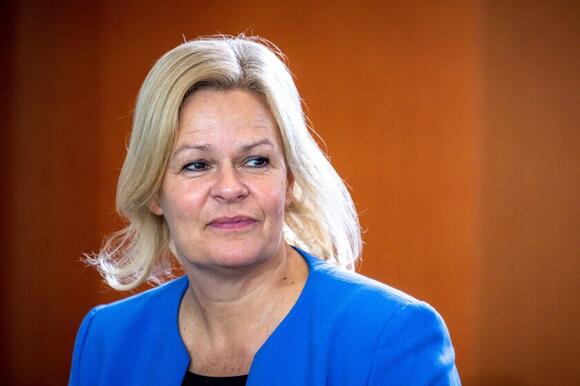 In the central state of Hesse, officers investigated three women and six men, ages 17 to 72, prosecutors said. The allegations against them include incitement to hatred, defamation and libel.

“We need to draw clear lines here and get the culprits out of their supposed anonymity,” she said.

Federal police say more than 2,000 politically motivated crimes committed online are recorded each year in Germany, but the actual figure is likely to be much higher because many illegal postings aren't reported to authorities or take place in closed groups.

A former Guatemalan police chief has been found guilty of lying on his U.S. immigration papers about a prior conviction for killing two political activists in his country
FONTANA, CA・2 DAYS AGO
San Diego Union-Tribune

Name it, act on it, sanction it
2 DAYS AGO
San Diego Union-Tribune

US charges 4 key suspects in killing of Haiti's president

Four key suspects in the killing of Haiti's president appear for the first time in U.S. federal court to face accusations that they plotted and participated in his assassination, a day after they were transferred to the United States for prosecution
5 HOURS AGO
San Diego Union-Tribune