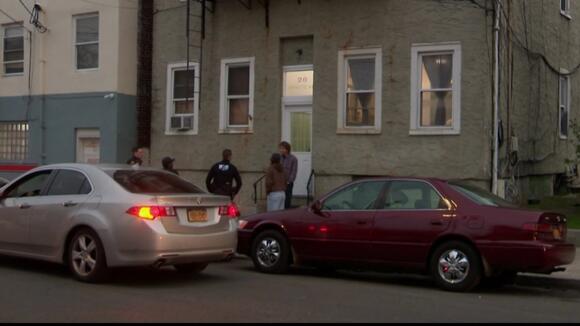 Police in New Rochelle have arrested a 19-year-old female in the stabbing of a pregnant woman Tuesday afternoon.

Officers say the pregnant woman was stabbed in the stomach twice at a home at 26 Lafayette Ave around 3:49 p.m.

The suspect, a female who was an acquaintance of the victim, had already fled the scene. Police say they found Naisangelly Sanchez, 19, of New Rochelle, at the end of Union Avenue near the intersection of Ninth Street, just a few blocks from the scene.

The victim was taken to Westchester Medical Center and has already been released.

Sanchez was taken into custody and charged with second-degree assault, a felony.

Investigators tell News 12 they are not searching for any other suspects.

A 15-year-old boy has been taken into custody after a shooting on Wednesday in Linden.
LINDEN, NJ・14 HOURS AGO
News 12

Authorities say just after a FedEx driver dropped off a package containing two iPhones at the victim’s house on Grant Street, a man walked to the front port and took it.
MASSAPEQUA PARK, NY・15 HOURS AGO
News 12

A Brooklyn mom of three is still reflecting on the traumatic experience when an Uber driver attacked her while she was on her way to pick up her kids from school. "This man picked me up like a rag doll and punched me, continually punched me," said Afrii, mother of three. "He had his hand in my mouth trying to pull my lip over my face."
BROOKLYN, NY・23 HOURS AGO
News 12

The prosecutor’s office says that police officers were called to the facility on Jan. 16 to help with a combative patient.
SOUTH PLAINFIELD, NJ・5 HOURS AGO
News 12

April Barron, of Bridgeport, says she will never forget the experience of seeing 27-year-old Lamar Nalley, of Hamden, being sentenced in court.
BRIDGEPORT, CT・4 HOURS AGO
News 12

A school bus crashed into a home in West Caldwell near Terrace Place and Passaic Avenue.
WEST CALDWELL, NJ・9 HOURS AGO
News 12

Here are some stories making headlines across the Hudson Valley.
WALLKILL, NY・15 HOURS AGO
News 12

An Elizabeth police officer was struck by a car while trying to stop suspects in a stolen vehicle, authorities say.
ELIZABETH, NJ・1 DAY AGO
News 12

Javier Medina, of Stony Point, was charged in the fatal shooting of 47-year-old Jason Cowell, of Garnerville.
STONY POINT, NY・1 HOUR AGO
News 12

White Plains police said they would have extra patrols out Friday night ahead of possible demonstrations.
MEMPHIS, TN・4 HOURS AGO
News 12

Here are some stories making headlines across the Hudson Valley.
POUGHKEEPSIE, NY・1 DAY AGO
News 12

The video was taken Wednesday morning at the corner of Ridge and Lake avenues in Yonkers in front of a closed bodega.
YONKERS, NY・2 DAYS AGO
News 12

The U.S. Attorney's Office says Dr. Marc Laruelle, 65, pleaded guilty to distributing oxycodone and other narcotics without a legitimate medical purpose between September 2016 to October 2021.
YONKERS, NY・9 HOURS AGO
News 12

Police say a man is wanted for forcibly touching a 20-year-old woman who was getting on a bus near Kings Highway and Avenue 8 in Brooklyn.
BROOKLYN, NY・1 DAY AGO
News 12

The 7-Eleven on Route 4 in Elmwood Park was the latest location to be hit. It happened Wednesday night.
ELMWOOD PARK, NJ・1 DAY AGO