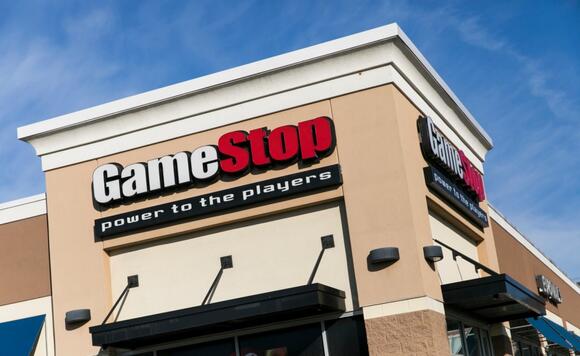 GameStop shareholders, save the date. On December 7, the video game retailer will report its fiscal third-quarter earnings. Here's what to expect.

We now have a date for GameStop 's ( GME ) - Get Free Report fiscal third-quarter (Q3) earnings. The video game retailer will report its results on December 7 after the closing bell.

Wall Street estimates that GameStop will report a non-GAAP (generally accepted accounting practices) loss per share of 28 cents, which would represent 20% year-over-year growth.

As for revenue, the video game retailer is estimated to report $1.35 billion, which would imply a growth of only 4% year over year.

As usual, GameStop is not expected to provide formal guidance for the next quarter, nor is it making room for questions and answers during its Q3 earnings call.

However, analysts are expecting management to comment on subjects such as the company's further dive into Web3 gaming.

On the Q2 earnings call, CEO Matt Furlong noted that, in Q3, the company would receive a better supply of next-generation gaming consoles from its key suppliers. This would be a positive.

In Q2, the gaming industry suffered from tough comps. Video game publishers, console makers, and chip makers reported a considerable drop in demand after the pandemic boom times. A return to demand would be a boon for the company.

And it's possible that GameStop has made significant strides in Q3 to transform from a legacy brick-and-mortar retailer into a technology-led organization. Initiatives such as revamped stores, e-commerce sales, and digital marketplaces may already reflect a more progressive quarter.

Could GameStop Have Reached Profitability in Q3?

Until a few months ago, management had been following a turnaround plan focused on strengthening the company's tech capabilities.

Now the narrative is different. As GameStop's management made clear last quarter, the current focus has shifted to achieving short-term profitability and drastically cutting costs.

This change in focus is due mainly to the Federal Reserve's drastic changes in interest rates and the impact this has had on capital allocation. As mentioned by GameStop Chairman Ryan Cohen, in the current high-interest rate scenario, the value of short-term cash flows is much higher than that of long-term cash flows.

Also, as pointed out during the second-quarter earnings call, profitability will come through additional revenue growth and also through continued drastic cost-cutting.

"We continue to evolve our e-commerce and digital asset offerings, storage will remain a critical piece of the company's value proposition. Taken together, we believe the aforementioned steps can help us attain profitability in the coming quarters and produce additional revenue growth over the long term," said GameStop’s CEO on the Q2 earnings call.

Besides having reported a strong reduction in SG&A (selling, general and administrative expenses) from Q1 to Q2 in July, GameStop made dramatic cuts to its staff — including the resignation of its former CFO, Mike Recupero. Between late 2021 and mid-2022, the video game retailer had hired more than 600 employees.

Therefore, it is more likely that profitability will depend on how much costs GameStop managed to reduce in fiscal Q3 rather than extra revenue generated. And based on the loss per share forecast of 28 cents by Wall Street, it still won't happen this quarter.

Even though historically the third quarter is usually not profitable, it is encouraging that in Q2 there was a reduction in quarterly cash burn. GameStop reported a net loss of $109 million, a decline of 14.3% compared to Q1 that could be partially attributed to cost-adjustment initiatives through rightsizing corporate expenditures and headcount.

Even though profitability expectations in Q3 are still not the highest, there are hopes that further SG&A costs will be reduced. This may reflect a shrinking earnings-per-share (EPS) loss and paint a clearer picture that profitability will come soon.

What GameStop's Shareholders Are Actually Excited About

GameStop's stock certainly does not behave like regular stock.

Even though expectations regarding the company's financial and operational performance are key to movements in the stock, other data will be revealed in fiscal Q3 that GameStop shareholders are paying attention to.

Over the past few quarters, GameStop investors have been adopting a strategy of registering their shares directly through their transfer agent.

Using the Direct Registration System (DRS) allows shareholders to hold the stock without necessarily using a broker. One of the benefits of this system is that it reduces the availability of stock for short sellers to borrow. Unlike brokers, transfer agents cannot lend shares.

In theory, if enough shareholders register their shares with the transfer agent, short sellers should have great difficulty in borrowing shares for shorting GameStop or covering their short positions in case of margin calls.

Most GameStop shares (an estimated 67% of GME's float) are held by retail investors.

Interestingly, since the practice of direct registration has been incorporated by GameStop shareholders, the company has been disclosing the number of shares registered quarterly in its Form 10-Q.

At the end of July, there were about 71.3 million shares registered through DRS. With another four months having passed since then, this number is now likely to be even higher.

Is GameStop (GME) Ripe for a Buyout?

A few years ago GameStop was a potential takeover target. At current levels, could the video game retailer still be an attractive candidate for a buyout?
18 DAYS AGO
MemeStockMaven

JPMorgan Stock: How To Trade It Following Q4 Earnings

JPMorgan reported strong Q4 results on January 13, but the company’s stock did not react positively. Here is what traders should know about JPM following the earnings release.
17 DAYS AGO
MemeStockMaven

Ken Griffin's Citadel fund made record profits during the past year. However, two years ago, the fund was involved in a controversy during GameStop's short squeeze.
5 DAYS AGO
MemeStockMaven

What Job Cuts Could Mean For GameStop Stock

GameStop’s management has shifted gears towards focusing on short-term profitability and cost optimization.
7 DAYS AGO
MemeStockMaven

Is GameStop Stock Ready for Another Rally in 2023?

In the past couple of days, GameStop shares jumped about 16%. Could this be the beginning of a bullish year for the video game retailer?
18 DAYS AGO
MemeStockMaven

Despite being on the verge of bankruptcy, Bed Bath & Beyond's stock has soared in the last week and has taken GameStop and AMC with it. Here's what you should know.
13 DAYS AGO
MemeStockMaven

GameStop stock has had a strong run to start the new year. But looking forward, what do the charts suggest: another leg higher or a pullback? One key pattern may hold the answer.
13 DAYS AGO
MemeStockMaven

The latest security lending market data show that Lucid Group and GameStop furnished the largest gains to lenders in 2022. Here's what that means.
21 DAYS AGO
MemeStockMaven

WWE stock has had a great run in 2023, but is it time to fade the rally? Here is what the graphs suggest could happen next.
18 DAYS AGO
MemeStockMaven

How NIO Stock Could Jump 49% This Year: Analyst Report

Wall Street analysts are expecting 2023 to be a good year for Nio shares. Let's break down one Nio bull's forecast for the Chinese electric vehicle maker.
24 DAYS AGO
MemeStockMaven

Despite being on the brink of bankruptcy and reporting disappointing quarterly earnings, Bed Bath & Beyond shares have skyrocketed this week. Here's what you should know.
17 DAYS AGO
MemeStockMaven

The last two years have been a wild ride for AMC stock bulls, but also a painful one most recently. Could share price finally benefit from a bullish wave next? These graphs may have the answer.
17 DAYS AGO
MemeStockMaven

SPCE Stock Skyrockets: Is It Heading To The Moon?

Virgin Galactic stock has been riding a rocket ship lately. Here is how to trade SPCE based on what the charts have been telling us.
13 DAYS AGO
MemeStockMaven

Helbiz stock has shot through the roof in what seems to be another meme-related rally. What are the main drivers of bullishness, and could the rally continue?
6 DAYS AGO
MemeStockMaven

The ETF that tracks meme stocks has started 2023 on a high note, showing gains of about 15%. Here's what you need to know.
10 DAYS AGO
MemeStockMaven

According to a Seeking Alpha author, AMC could go bankrupt this year, dragging AMC stock sharply down. Here are a few counterarguments to the bearish view.
4 DAYS AGO
MemeStockMaven

Bed Bath & Beyond Stock: Will It Crash Or Reach The Moon?

Bed Bath & Beyond stock has been up 170% in the past ten days. Will this be a successful journey to the moon, or will it end in disaster? Here is what the charts have to say.
13 DAYS AGO
MemeStockMaven

Since last year, activist investor and GameStop Chair Ryan Cohen has been building a sizable position in Alibaba shares. Here's what you need to know.
11 DAYS AGO
MemeStockMaven

Right now, it's risky to bet against AMC Entertainment's stock. Here's why.
12 DAYS AGO