Male killed in shooting on Indy’s east side 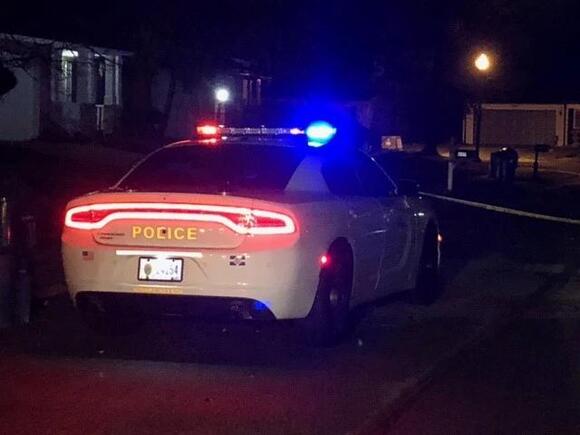 INDIANAPOLIS – Police are investigating after a man was found shot to death near a roadway early Wednesday morning on Indy’s east side.

Police were called to the 600 block of Woods Crossing Drive around 2 a.m. for a “person down.”

When officers arrived, they located a man unresponsive in a grassy area near the road. Police say he had injuries from an apparent gunshot sound.

The man was pronounced deceased at the scene. The Marion County Coroner’s Office identified him as 38-year-old Clarence L. Holder III.

Police say they recieved several reports for shots fired earlier in the night, but found nothing originally.

Anyone with information about this incident should contact Detective Stephanie Herr at the IMPD Homicide Office at 317-327-3475 or by e-mail at Stephanie.Herr2@indy.gov .

1 dead in shooting on Indy’s north side

INDIANAPOLIS — Police are investigating a deadly shooting that occurred on the city’s north side on Monday afternoon. According to the Indianapolis Metropolitan Police Department, just after 1 p.m. officers were called to Carlton Apartments located in the 2500 block of Plaza Drive on report of a person shot. Officers reported locating an adult male […]
INDIANAPOLIS, IN・6 HOURS AGO
FOX59

INDIANAPOLIS — Christian Djon Myers, 22, remains in critical condition with wounds he suffered after a Sunday afternoon gunfight with IMPD officers on the city’s northside. Investigators said Myers fled from officers who attempted to arrest him for allegedly shooting at the car of his child’s mother around 3 a.m. Sunday in Broad Ripple Village. […]
INDIANAPOLIS, IN・3 HOURS AGO
FOX59

Indianapolis community leaders are sharing their reaction and concerns over the violent arrest of Tyre Nichols, who died just three days after five Memphis police officers beat him in early January.
INDIANAPOLIS, IN・2 HOURS AGO
FOX59

INDIANAPOLIS — Yolanda Cabrera and her 1-year-old daughter were sitting in their living room on Friday afternoon. Little did they know, their lives would be flipped upside down in a matter of seconds. “I heard a loud sound. Then I blacked out for a minute,” Cabrera said. “As soon as I came to, I heard […]
INDIANAPOLIS, IN・1 DAY AGO
FOX59

Officers returned fire and struck Myers, who was taken to Methodist Hospital, where he remains in critical condition as of Monday afternoon, IMPD said.
INDIANAPOLIS, IN・1 DAY AGO
FOX59

INDIANAPOLIS – The Indianapolis Metropolitan Police Department is investigating after a deadly shooting Saturday morning. Officers said a passerby called police just after 5:30 a.m. to report a man’s body in the 1900 block of N. Oxford Street. Police said they found the man lying outside in the street, and he had injuries consistent with […]
INDIANAPOLIS, IN・2 DAYS AGO
FOX59

The Grant County Sheriff's Office has a man in custody in connection with a deadly shooting that happened over the weekend.
GRANT COUNTY, IN・4 HOURS AGO
FOX59

The Monroe County Health Department has closed all but one Subway location in Bloomington due to licensing issues.
BLOOMINGTON, IN・4 HOURS AGO
FOX59

2 injured after car crashes into west side home, driver flees

INDIANAPOLIS — Two people are in the hospital after a car crashed into their west-side Indy home and the driver fled the scene. Wayne Township Fire and Indianapolis police crews responded around 3:20 p.m. Friday to the 5700 block of Oliver Avenue, a residential area on the west side, for a structure collapse. Upon arrival, […]
INDIANAPOLIS, IN・3 DAYS AGO
FOX59

HCSO said the student was driving a 2008 Mitsubishi Eclipse west on 500 N. from S.R. 9 when the vehicle went off the roadway and flipped near 50 E.
HANCOCK COUNTY, IN・1 DAY AGO
FOX59

IMPD investigating pair of homicides in the span of 9 hours that left man, woman dead

INDIANAPOLIS — A man and woman are dead following a pair of homicides over the span of nine hours in Indianapolis. Just after midnight, IMPD officers found 23-year-old Jaylin Smith shot to death with a gun next to his body in a neighborhood near 38th and Post. One neighbor said they called 911 after hearing […]
INDIANAPOLIS, IN・4 DAYS AGO
FOX59

COLUMBUS, Ind. – An accused serial burglar is behind bars in Columbus after police claim he ripped off several businesses last week. The Columbus Police Department is investigating multiple cases in which someone threw a rock through a window or glass door to get inside buildings. The individual then stole cash and lottery tickets. Police […]
COLUMBUS, IN・10 HOURS AGO
FOX59

INDIANAPOLIS – Road conditions deteriorated quickly Monday as light snow and sleet fell in central Indiana. A Winter Weather Advisory remained in effect for much of the viewing area until 12 p.m.; the advisory was extended for some counties until 2 p.m. Temperatures are expected to drop throughout the day. The National Weather Service warned […]
INDIANA STATE・12 HOURS AGO
FOX59

With the help of K9s, Edinburgh police recovered 234 grams of meth and six pounds of marijuana.
EDINBURGH, IN・1 DAY AGO
FOX59

IMPD: Man dies after being hit by vehicle near 75th and Binford

INDIANAPOLIS — A man died after being hit by a vehicle Friday on the northeast side of Indianapolis, IMPD confirmed. Police responded to the 6400 block of E. 75th Street, near 75th and Binford Boulevard, around 6:30 a.m. A man was crossing the street when he was hit by a vehicle. The driver stayed on […]
INDIANAPOLIS, IN・3 DAYS AGO
FOX59

DELAWARE COUNTY, Ind. — A jury deliberated for a little over two hours on Friday to find a Muncie man guilty of a July 2021 murder and armed robbery. D’ante Davis, 24, was convicted of fatally shooting and robbing 23-year-old James Braydon King III. On July 22, 2021, several people called Muncie police after hearing […]
MUNCIE, IN・2 DAYS AGO
FOX59

INDIANAPOLIS — Police are asking for the public’s help in identifying the driver of a Chevy Camaro accused of striking and injuring a pedestrian on Michigan Street on Tuesday before fleeing the scene. According to the Indianapolis Metropolitan Police Department, the hit-and-run occurred around 8:10 p.m. in the 300 block of W. Michigan Street. Officers […]
INDIANAPOLIS, IN・4 DAYS AGO
FOX59

INDIANAPOLIS — An accused drug dealer on GPS monitoring is arrested this week following a police raid on Indy’s near east side. Indianapolis Metropolitan Police Department arrested two men on drug charges after cocaine and methamphetamine were found during a search at a near east side home. The drugs were found during an investigation at […]
INDIANAPOLIS, IN・3 DAYS AGO