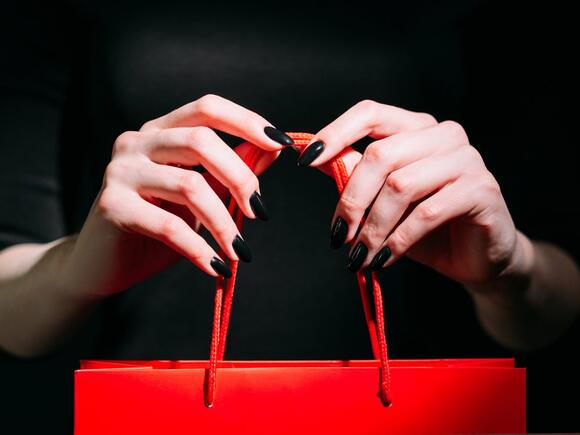 Although consumers are tightening their belts as prices for food, fuel, and other basics are higher than a year ago, online sales rose 2.3% on Black Friday, for a total of $9.12 billion, according to Adobe Analytics.

Which retailers, or retail-related categories, were the Black Friday winners and losers?

Consumers were snapping up discounted phones, video game systems, digital cameras, and other electronic gear over the weekend and into Monday. An obvious shopping choice for these items is Best Buy (NYSE: BBY) , whose shares have skidded 16.60% year-to-date and 25.56% in the past year. Despite recent revenue and earnings declines, shareholders appear optimistic about the company’s future prospects.

Best Buy was up 1.05% mid-session Tuesday, as the broader market was trading lower.

The concept of buying something and paying over time is nothing new, but the industry has evolved in recent years. Today’s version of buy now, pay later is a cross between credit cards and old-fashioned layaway.

Today’s consumers have the option of breaking up their purchase costs into installments, which sometimes carry simple interest and sometimes no interest at all. In the latter case, of course, the payments themselves allow the lender to make money. BNPL is similar to a credit-card purchase, in that the buyer receives the good or service immediately, whereas with layaway, the purchase was only delivered upon completion of payments.

For Black Friday and Cyber Monday, these companies have seen a booming business, according to retail analysts. That bodes well for future gains, as consumers continue to embrace that payment system. Affirm, which specializes in BNPL, has seen revenue grow at strong double-digit rates in the past eight quarters. Its three-year revenue growth rate is nearly 70%, although it’s yet to post a profit, which is not unusual for newly public companies operating in growth mode.

Affirm shares are down 87.49 % year-to-date, and are also down on a one-month and three-month basis.

While it’s much easier to track online shopping in real time, analysts are also observing mall traffic to get insights into brick-and-mortar sales. Sometimes, analysts have to evaluate promotions and prior sales as a way of estimating how companies are performing, ahead of earnings.

However, Morgan Stanley pointed out some retailers that may not be well positioned to make the most of holiday-season sales. Those “relative losers” include Gap (NYSE: GPS) .

But online clothing retailers were also among companies slashing guidance for the current quarter. ThredUp (NASDAQ: TDUP) said earlier this month that it was lowering its full-year revenue guidance. The stock went public at $14 in March 2021 and has largely struggled since. Shares were trading at $1.27 late in Tuesday’s session.

3 Dividend Stocks With 5%-Plus Yields to Buy Now

Although inflation is showing signs of cooling, the chances of the economy escaping a recession are slim due to the Fed’s intention to keep raising interest rates. Amid the uncertain...
14 HOURS AGO
Entrepreneur

Want to Get Richer? 3 Stocks to Buy Now and Hold Forever

Although inflation has shown signs of easing, the Fed is unlikely to stop rate increases this year. Amid recessionary concerns, it could be wise to buy and hold fundamentally strong...
14 HOURS AGO
Entrepreneur

The program includes medications like Escitalopram, generic Lexapro, and Amoxicillin, an antibiotic.
1 DAY AGO
Entrepreneur

3 Stable Stocks to Buy This Week for Under $50

Despite the headline inflation cooling down, the Fed will likely continue raising interest rates to meet its inflation target. Moreover, S&P 500 earnings are estimated to have declined in the...
1 DAY AGO
Entrepreneur

It's "entirely possible" that food producers aren't being 100% transparent.
2 DAYS AGO
Entrepreneur

2 Stocks to Buy Now From a Top Sector

Consumer sentiment improved significantly amid easing inflationary pressures. However, many still believe there will be a recession in 2023. Given the inelastic demand for groceries, fundamentally strong stocks Walmart (WMT)...
VIRGINIA STATE・2 DAYS AGO
Entrepreneur

If you want to build wealth, you’ll need to earn money while you sleep. The only way to do this? Generate passive income. Sadly, passive income can seem overwhelming, since...
2 DAYS AGO
Entrepreneur

Free Webinar | February 15: How to Build and Elevate A Black-Owned Brand

Join us for this free webinar as executive leader in public relations and brand elevation, Zakiya Larry, shares with us actionable tips to shape and grow a Black-owned brand that stands out and lasts. Register now →
2 DAYS AGO
Entrepreneur

3 Hot Momentum Stocks to Add to Your Portfolio Now

While the stock market has been in trepidation over a plethora of headwinds, such as weak corporate earnings and Federal debt repayments, stocks such as APA (APA), North American Construction...
13 HOURS AGO
Entrepreneur

3 Safe Stocks to Buy in an Unpredictable Market

3 Top-Rated Stocks to Buy for the Long Haul

Amid economic turmoil and recessionary fears, market volatility is anticipated to continue. However, this could be an opportune time for investors to scoop up quality top-rated stocks Gilead Sciences (GILD),...
2 DAYS AGO
Entrepreneur

Did #TikTokMadeMeBuyIt Give Amazon the "Social Commerce" Push It Needed?

It appears that social media platforms and online marketplaces are each heading in each other's direction.
2 DAYS AGO
Entrepreneur

Here's What's Brewing in the Minds of Startup Investors

Are you a startup entrepreneur looking for investment opportunities? Learn what's on the minds of potential investors and increase your chances of success!
11 HOURS AGO
Entrepreneur

3 Health Care Stocks to Buy During Times of Uncertainty

The healthcare industry usually holds up well in times of uncertainty, thanks to the inelastic demand for their products and services. As macroeconomic uncertainties related to the high inflation and...
1 DAY AGO
Entrepreneur

How to Adjust Your Marketing to Survive a 2023 Recession

Here are a few tips you can use to ensure your business is well-positioned to survive a possible recession.
1 DAY AGO
Entrepreneur

What Is Earned Media and What Is Its Value?

Earned media coverage is one of the most powerful tools for brands to encourage consumer trust and credibility.
8 HOURS AGO
Entrepreneur

AmazonSmile’s end is alarming, say nonprofits that benefited from donations

Amazon's surprise decision to shut down its AmazonSmile donation program has left thousands of its nonprofit beneficiaries disappointed and concerned about finding ways to replace the funding.
CHICAGO, IL・28 MINUTES AGO
Entrepreneur

10 Business Strategies and Trends to Consider in 2023

To adjust and succeed in 2023, corporate leaders should consider these key trends and strategies.
1 DAY AGO