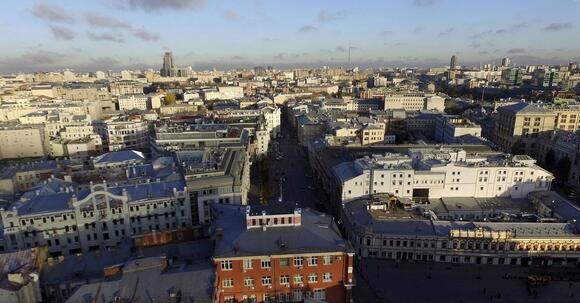 BRUSSELS, Nov 30 (Reuters) - The European Commission proposed a plan on Wednesday to compensate Ukraine for damage from Russia's invasion with proceeds from investing Russian funds frozen under sanctions.

Officials in the EU, United States and other Western countries have long debated whether Ukraine can benefit from frozen Russian assets, including around $300 billion of Russia's central bank reserves and $20 billion held by blacklisted Russians.

Moscow says seizing its funds or those of its citizens amounts to theft.

"Russia must ... pay financially for the devastation that it caused," Ursula von der Leyen, president of the EU's executive said in a statement.

"The damage suffered by Ukraine is estimated at 600 billion euros. Russia and its oligarchs have to compensate Ukraine for the damage and cover the costs for rebuilding the country."

European Commission officials said that one short-term option for Western nations would be to create a fund to manage and invest liquid assets of the central bank, and use the proceeds to support Ukraine.

The assets would be returned to their owners when sanctions were lifted, which could be part of a peace agreement that ensured Ukraine received compensation for damages.

"It's not easy so it will require strong backing from the international community but we believe it is doable," one official said.

With regard to the frozen assets of private individuals and entities, seizing these is usually only legally possible where there is a criminal conviction.

The Commission has proposed that violations of sanctions could be classified as an offence that would allow confiscation.

Von der Leyen also said that the Commission was proposing the establishment of a specialised court, backed by the United Nations, "to investigate and prosecute Russia's crime of aggression".

Moscow denies its invasion, which it calls a "special military operation", constitutes aggression, a war crime under international law.

Good ! Send every "dollar" and every "euro" to Ukraine ! By the way , if the Russians object give them the most respected salute in the history of mankind... the Italian kind !

they should do it. it can help pay for all the damage, purchase supplies and weapons. then if the Russians continue to attack they are literally paying to kill themselves.

Igor Krasnov told Putin there were "more than 9,000 citizens who were illegally mobilized" when Russia sent conscripts into Ukraine late last year.
1 DAY AGO
Insider

The U.S. government has warned that the war in Ukraine has "raised geopolitical tensions in the Arctic"
MICHIGAN STATE・19 HOURS AGO
Newsweek

"There is no other way to talk to these fools," State Duma member and former military commander Andrey Gurulyov said.
2 DAYS AGO
Reuters

BEIJING, Jan 31 (Reuters) - China is seriously concerned about a report that the United States has stopped approving licences for U.S. companies to export items to tech giant Huawei, a foreign ministry spokesperson said on Tuesday.
2 DAYS AGO
Reuters

Feb 1 (Reuters) - The situation on the front lines in eastern Ukraine has become tougher as Russian forces step up an offensive, President Volodymyr Zelenskiy said on Wednesday in another gloomy military assessment from Kyiv.
14 HOURS AGO
Reuters

WASHINGTON/KYIV, Feb 2 (Reuters) - With the United States expected to send a new longer-range weapon to Ukraine, it has answered President Volodymyr Zelenskiy's plea for rockets that can strike deep behind the front lines of the nearly year-long conflict with Russia.
3 HOURS AGO
Reuters

Jan 31 (Reuters) - Israeli Prime Minister Benjamin Netanyahu said on Tuesday he would be willing to consider serving as a mediator between Russia and Ukraine if asked by both warring countries and the United States.
WASHINGTON STATE・1 DAY AGO
Reuters

WASHINGTON, Jan 31 (Reuters) - The White House is launching a partnership with India on Tuesday that President Joe Biden hopes will help the countries compete against China on military equipment, semiconductors and artificial intelligence.
WASHINGTON STATE・1 DAY AGO
Reuters

MOSCOW, Jan 31 (Reuters) - Russian tech giant Yandex (YNDX.O) said on Tuesday that fragments of its program code had been leaked online, with a preliminary investigation revealing violations of some of its own internal policies.
1 DAY AGO
Reuters

Feb 1 (Reuters) - A U.S. woman was detained and fined by a Russian court on Wednesday for walking a calf on Moscow's Red Square that she said she had bought to save from slaughter, Russian state media reported.
21 HOURS AGO
Reuters

KYIV, Jan 31 (Reuters) - Ukraine said on Tuesday its forces had repelled Russian attacks on a road near the eastern town of Bakhmut, preventing Moscow gaining control of an important Ukrainian supply line.
1 DAY AGO
Reuters

MOSCOW, Feb 2 (Reuters) - Russian Foreign Minister Sergei Lavrov said on Thursday that Russian forces would respond to the delivery of longer-range Western weapons to Kyiv by trying to push Ukrainian forces further away from its borders to create a safe buffer zone.
GEORGIA STATE・3 HOURS AGO
Reuters

KYIV, Feb 2 (Reuters) - A Russian missile destroyed an apartment building in the eastern Ukrainian city of Kramatorsk, killing at least three people before top European Union officials arrived in Kyiv for talks seen as key to Ukraine's pivot towards the West.
1 HOUR AGO
Reuters

Belgian arms trader tangles with minister over tanks for Ukraine

TOURNAI, Belgium, Feb 1 (Reuters) - Freddy Versluys does not like to be called an arms dealer. But he does have a big warehouse full of second-hand tanks for sale. Standing next to dozens of German-made Leopard 1 tanks and other military vehicles in the chilly warehouse in eastern Belgium, Versluys stressed he is the CEO of two defence companies with a broad range of activities, such as making sensors for spacecraft.
20 HOURS AGO
Reuters

SARARO, Iraq, Jan 31 (Reuters) - Looming over the deserted village of Sararo in northern Iraq, three Turkish military outposts break the skyline, part of an incursion that forced the residents to flee last year after days of shelling.
2 DAYS AGO
Reuters