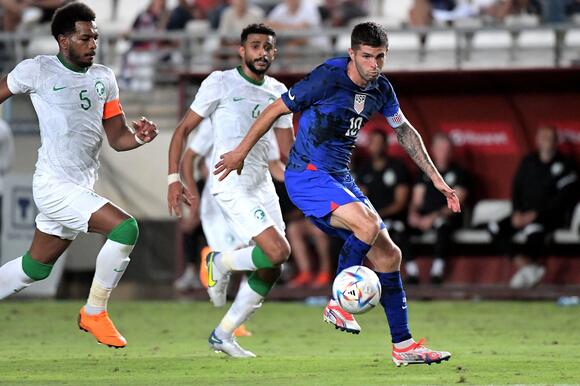 The United States have reached the last 16 of the Qatar World Cup after a tense 1-0 victory over Iran to finish second in Group B behind England.

Gregg Berhalter’s men have shown tactical discipline throughout the group stage, holding the Three Lions to a goalless draw , and now they play the Netherlands for a place in the quarter-finals.

Christian Pulisic picked up an abdominal injury and was taken to hospital after his goal against Iran, with United States fans desperate for the Chelsea star to make it against the Orange on Saturday.

And while Pulisic is the star, the United States’ strength comes from a stellar midfield, including captain and Leeds United star Tyler Adams, joined by Weston McKennie and Yunus Musah. Giovanni Reyna had struggled with injuries heading into the tournament, and the Borussia Dortmund talent has seen limited minutes so far. Instead, the likes of Tim Weah, Haji Wright, Brenden Aaronson and Josh Sargent support Pulisic in the final third, with the lack of a pure No 9 limiting their attacking potential.

Here is everything you need to know about the USA : 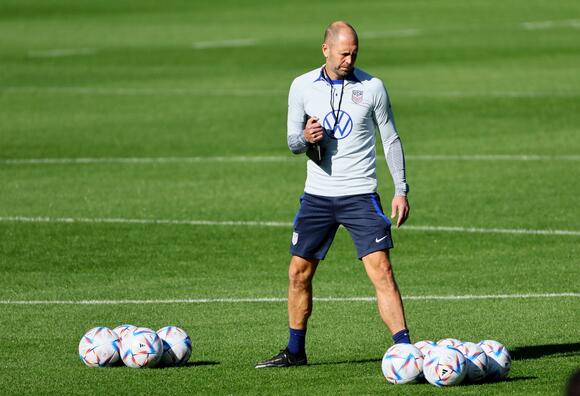 Star – Christian Pulisic: Easily the team’s best player, the 24-year-old Chelsea forward hasn’t featured as much as he’d like for the Premier League side this season but has 21 goals in 52 appearances for the United States and remains an ever-present threat in front of goal. There’s a reason his nickname is Captain America. 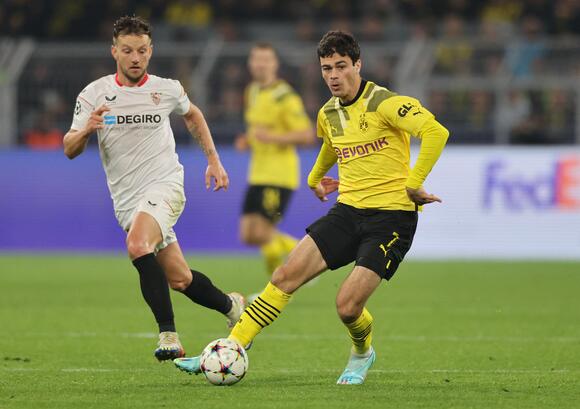 Breakout talent – Giovanni Reyna: An injury plagued 2021/22 halted his progress at Borussia Dortmund but the 19-year-old looks set to be a brilliant player after being given the number seven shirt when Jadon Sancho joined Manchester United. He’s only made a handful of appearances for the German side this term but became the first American player to provide two assists in a Champions League match during a 3–0 win against Copenhagen back in September.

Odds to win the World Cup ( taken from Betfair )

The USA have athleticism, workrate and tenacity and ground out the runner-up spot over Iran. Now though, against Netherlands, they face a tough task to reach the quarter-finals. But the Dutch have not been at their best and could be vulnerable to a similar gameplan that England struggled to overcome. Still, we’ll lean to Cody Gakpo, one of the players of the tournament, making another decisive moment for the Oranje in a 1-0 win, possibly after extra-time. Knocked out in the last 16 .

Manchester United will hope to get back to winning ways in the Premier League when they host Crystal Palace on Saturday.The Red Devils have fought their way into the top four after a strong run of results post-World Cup, but that run was halted by a late draw at Palace two weeks ago, before an even later defeat to Arsenal.Now they will try to set the record straight on the first of those, as the Eagles head to Old Trafford on a four-match winless run of their own. Patrick Vieira’s team have been wildly inconsistent this term and sit...
3 HOURS AGO
The Independent

Sports stars and clubs across the world continue to provide an insight into their lives on social media.Here, the PA news agency looks at some of the best examples from February 3.FootballGabriel Martinelli signed a new deal at Arsenal.🖊 pic.twitter.com/naewQ1af9v— Arsenal (@Arsenal) February 3, 2023Gabi signs on ❤️ pic.twitter.com/mgMIzdt68O— Arsenal (@Arsenal) February 3, 2023Marcus Rashford won another award.The last month couldn't have gone better for me. On a personal note, it's the first time I've won these awards together and hopefully not the last. Thank you to my teammates, the coaches, my family and the fans for helping me to...
1 HOUR AGO
The Independent

Chelsea return to action following a two week break as they host Fulham in the Premier League tonight following a record-breaking January transfer window.The Blues broke the British transfer record to Enzo Fernandez on deadline and take their spending over £300m for the month with Mykhailo Mudryk, Benoit Badiashile, Noni Madueke, Malo Gusto, Andrey Santos and David Datro Fofana also moving to Stamford Bridge.Manager Graham Potter must now come up with a solution to fit all of his new incomings into the team and help Chelsea improve on their current 10th place standing in the table. Fulham come into...
38 MINUTES AGO
The Independent

Wrexham to compete in 7-on-7 tournament in North Carolina

Wrexham, the fifth-tier Welsh club owned by actors Ryan Reynolds and Rob McElhenney, will send a team to compete in a $1 million, winner-take-all, seven—on-seven tournament in early June in Cary, North Carolina.The 32-team tournament includes Mexico's Necaxa and teams organized by former U.S captain Clint Dempsey, U.S. women's team midfielder Heather O’Reilly and Hashtag United, a British site founded by YouTube personality Spencer Carmichael-Brown.TBT Enterprises is organizing the tournament, which runs June 1-4. Wrexham said Friday that its team will include club legends, some from the “Welcome to Wrexham” documentary series on FX.Wrexham, bought by Reynolds and McElhenney...
CARY, NC・2 HOURS AGO
The Independent

Everton vs Arsenal live stream: How to watch Premier League fixture online and on TV

Sean Dyche will take charge of Everton for the first time as the Toffees host Premier League leaders Arsenal at Goodison Park on Saturday.Dyche replaced the sacked Frank Lampard last week and takes over an Everton side who sit 19th in the table and are in grave danger of relegation.Arsenal will look to continue their charge at the Premier League title following the dramatic 3-2 win against Manchester United two weeks ago.The Gunners can stretch their lead at the top of the table to eighth points, ahead of Manchester City’s trip to Tottenham on Sunday.Here’s everything you need to...
3 HOURS AGO
The Independent

George North says that Wales must go “toe to toe” with Ireland in their quest for victory over the world’s top team on Saturday.An intriguing Six Nations opener sees Wales, with Warren Gatland back as head coach, targeting an immediate statement against the tournament favourites.Gatland will send out a team containing more than 900 caps, including three Test centurions in North, Dan Biggar and Alun Wyn Jones, for what could be a Principality Stadium blockbuster.Ireland have lost their last four Six Nations games in Cardiff, but they arrive as the world-ranked number one side following sustained success during the...
GEORGIA STATE・2 HOURS AGO
The Independent

‘Everyone wants a title battle’: Max Verstappen challenges F1 rivals to step up

Max Verstappen has challenged Lewis Hamilton and Mercedes to raise their game and provide him with the championship battle that Formula One needs.Verstappen ran away with last season’s title, winning 15 of the 22 races, to secure his second championship with four rounds to spare.In contrast, Hamilton, in his under-performing Mercedes, endured the worst year of his career as he failed to win a race and finished 214 points adrift.But when addressing the prospect of renewing his rivalry with Hamilton at Red Bull’s season launch in New York, Verstappen, 25, said: “In the interest of the sport you always...
2 HOURS AGO