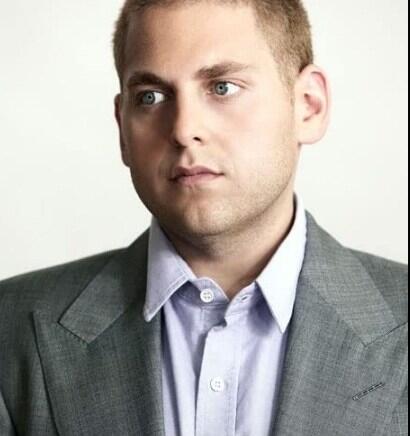 Los Angeles, Nov 30 (SocialNews.XYZ) Actor Jonah Hill has filed a petition to legally change his name, and be known by the one he is famous by.

The 38-year-old actor - whose real name is Jonah Hill Feldstein - has filed a petition in Los Angeles to legally drop Feldstein from his name, according to TMZ, reports femaleforst.co.uk.

The documents explained that Jonah simply wants to be known by the name that he's used publicly for years.

Meanwhile, Jonah revealed earlier this year that he won't promote any of his films due ......

The Vivid Faces of the Vanished

"He Wanted To Be A Star." He Was Found In The California Desert With All Of His Organs Missing

Ryan Singleton was a model from Atlanta, Georgia. Since he was young, he "wanted to be a star," his mother, Iris Flowers, remembers, reports WUSA 9. When Ryan was 21 years old, he left Atlanta and went to New York to pursue his dream.
ATLANTA, GA・1 DAY AGO
Distractify

“King of Pop” Michael Jackson’s family has been all over the news lately. The late pop star’s ex-wife Lisa Marie Presley passed away on Jan. 12. His daughter, Paris Jackson, attended the Los Angeles premiere of the documentary Pamela, a love story on Monday, Jan. 30. And that same day, Michael’s son Prince Jackson congratulated cousin Jaafar Jackson on his role as the “Thriller” singer in the upcoming biopic Michael. But what about Michael’s other son? Where is Blanket Jackson now?
LOS ANGELES, CA・2 DAYS AGO
INSIDE News

While Marc Anthony and Nidia Ferreira's wedding was taking place, Jennifer Lopez and Ben Affleck could be seen having a heated argument while wearing ball gowns at the premiere of the new JLO movie.
1 DAY AGO
HuffPost

"Someday, his kid is going to read about this," said Kutcher. "I wholesale feel for anybody who feels like they were violated in any way."
1 DAY AGO
RadarOnline

R&B singer and music producer Babyface reached a divorce settlement agreement with his ex-wife and will pay $37,000 per month in support to his former spouse, RadarOnline.com has learned. Babyface, 64, whose real name is Kenneth Brian Edmonds, reached the deal with his ex, Nicole Pantenburg. Unlike most high-profile divorces, Babyface and Pantenburg entered into their divorce finalization on amicable terms. According to The Blast, the former Dancing with the Stars announced he separated from his now ex-wife in the summer of 2021. The singer made the decision to end his marriage and officially filed for divorce days later. While...
1 DAY AGO