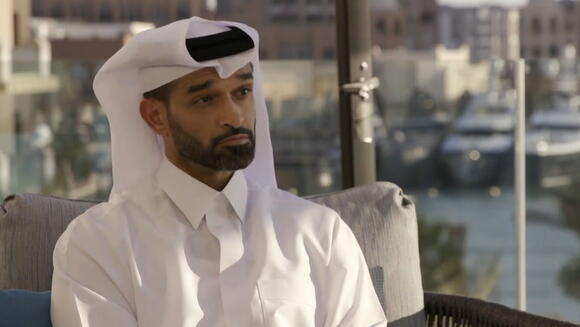 It could be a dark day for the dark horses. Denmark were tipped as potential World Cup winners. They came to Qatar ranked 10th in the world, with a 2022 double over France to their name, as Euro 2020 semi-finalists, with 23 wins in their last 32 games. They may go out at the first opportunity after finishing below Australia or Tunisia; maybe even both.

But, as Denmark know to their cost, a prowess in the European Championships is no guarantee of World Cup success. This has been billed as their best team in three decades. Yet the side who won Euro ’92 failed to qualify for the 1994 World Cup, just as Euro 2020 champions Italy are nowhere to be seen in Qatar.

Manager Kasper Hjulmand has seen parallels with the more recent past. “We had zero points after two games in the Euros so we still have hope,” he noted after defeat by France. Indeed, Denmark’s opening stalemate with Tunisia means they actually have more points than at this stage in Euro 2020. Yet one difference then was that there was the potential for third-place teams to sneak through; another was that the opening loss to Finland followed Christian Eriksen’s cardiac arrest; understandably, a shellshocked side had weightier matters on their mind.

That Eriksen is decorating the midfield again means this Denmark side possesses a playmaker who, suddenly, traumatically, that Denmark side lost. Hjulmand impressed with his empathetic leadership in Euro 2020. Once again, he is looking to harness and channel emotion. “It is a World Cup, so emotions are very high,” he said. “Football is wonderful and you can multiply your emotions by 10 with the fear of losing.”

In Demmark’s case, it may also be a fear of drawing. They were held by Australia in the 2018 World Cup; now a repeat will send Graham Arnold’s Socceroos through, unless Tunisia spring a surprise against the holders. “I don’t have the brain capacity to think about the match of Tunisia against France,” said Hjulmand.

If his attention is concentrated on his team, one department of it may command the most time. Denmark have a lone goal at this World Cup, a header from a centre back, Andreas Christensen, assisted by another, Joachim Andersen, from an Eriksen corner. Hjulmand has been forced to defend his attackers of late. Eriksen is by far the top scorer in this squad. If the actual forwards are not prolific, the Danish model has been to share the goals around. They had 18 scorers in 2021, seven of them at Euro 2020. That collective contribution took them a long way.

Indeed, four players, from defender Christensen to striker Yussuf Poulsen, found the net in the 4-1 demolition of Russia in their third group game then. Now Denmark have one goal from 21 shots, spread across 10 players. Mikkel Damsgaard, one of the breakout stars of Euro 2020 and their semi-final scorer, has not even had an effort. That Damsgaard and Kasper Dolberg are yet to score a club goal this season and Andreas Cornelius has just one suggests the World Cup has come at the wrong time for the Danish attackers. 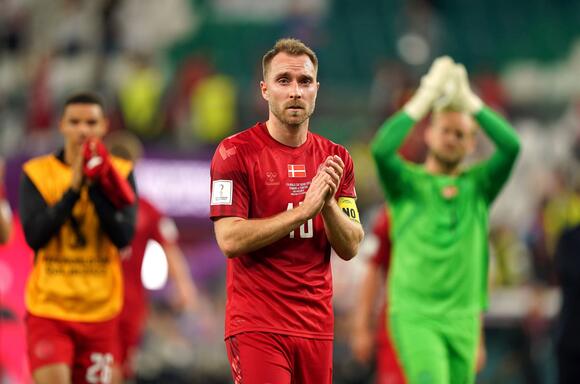 And yet Hjulmand believes Denmark can draw on past memories of defining games. “The more experience you get in these events, from maybe feeling the pressure, you feel the proudness,” he said.

In Euro 2020, he showed he possesses that rare capacity to connect with people, providing a brand of management that stretched beyond tactics and training sessions, selection and substitutions. He feels international football does likewise; that if it is not necessarily the best, it is the most meaningful.

“That is real football: It is for the children, for the fans, for the next generation. You see some games with less structure than normal, than in the Champions League, but here you see much bigger emotions.”

Win, lose or draw and those emotions will be apparent as Denmark’s destiny is decided. Their very presence at a World Cup some felt they could win forms part of a broader emotional journey.

Hjulmand explained: “It is an award for being able to dream big and work hard and go after your dreams. And, here you go, this is your dream. Let’s see what you can do. We will play our socks off and see what happens.”

The U.S. government has warned that the war in Ukraine has "raised geopolitical tensions in the Arctic"
MICHIGAN STATE・1 DAY AGO
The Independent

Ukraine may also get old Leopard 1 tanks from German stocks

Ukraine may be able to add old Leopard 1 battle tanks from German defense industry stocks to deliveries of modern tanks that Berlin and other governments pledged last week to counter Russian forces in the war.German government spokesman Steffen Hebestreit confirmed Friday that “export authorization has been granted” but declined to give numbers or other details, saying that they may become more concrete “in the coming days and weeks.” He told reporters in Berlin that the application from industry to permit delivery of Leopard 1 tanks had been made “some time” ago.Hebestreit's comments came after the daily Sueddeutsche Zeitung...
1 HOUR AGO
The Independent

John Lydon ‘terrified’ in bid to represent Ireland at Eurovision 2023

John Lydon has said that he is “terrified of getting it wrong” whilst performing as he prepares his bid to become Ireland’s Eurovision 2023 entry.The former Sex Pistols frontman, 67, and his band Public Image Ltd (PiL) are among six acts competing to represent Ireland in Liverpool this May.Other acts up for the top spot include Andrew Carr (ADGY), Jennifer Connolly, Wild Youth, Leila Jane, and K Muni & ND.The act will be selected on a special programme of The Late Late Show on RTE tonight (3 February).Sign up for our newsletters. Read More How Abba’s 12-points energy at Eurovision started a pop revolutionEurovision Song Contest winners ranked from worst to bestGraham Norton’s most savage Eurovision commentary moments
2 HOURS AGO
The Independent

Total Covid-19 infections in the UK have dropped for the fourth week in a row and are now at a level last seen at the start of autumn 2022, figures show.Infections are not falling across all age groups, however, with increases in England among primary and secondary school children and for 35-49 year-olds.The recent drop in coronavirus patients in hospital has also come to a halt, as health experts said there were “concerning” signs the number may be starting to rise.A total of 941,800 people in private households in the UK were likely to have had Covid-19 in the week...
1 HOUR AGO
The Independent

Gabriel Martinelli has signed a new contract at Arsenal, the Premier League leaders have announced.The Brazil international has scored seven goals in the league this season as the Gunners sit top of the table.The PA news agency understands Martinelli’s new deal will run until 2027 with the club holding an option to extend the agreement by an additional 12 months.“We’re delighted Gabi has signed a new long-term contract,” Gunners boss Mikel Arteta told the club’s official website.Gabi signs on ❤️ pic.twitter.com/mgMIzdt68O— Arsenal (@Arsenal) February 3, 2023“Our supporters see his quality and energy every single time he puts on the shirt...
4 HOURS AGO
The Independent

Turkey for a second day on Friday railed against a group of Western countries that temporarily shut their consulates in Istanbul, accusing them of failing to share information on the security threat that led to the closures and of aiming to cause harm to Turkey.This week, nine Western nations either closed down their consulates in Istanbul or issued travel warnings to citizens visiting Turkey, citing security threats. The measures angered Turkey, which on Thursday summoned the countries’ ambassadors in protest. Turkey’s interior minister accused the countries of waging “psychological warfare” and attempting to wreck Turkey’s tourism industry. Turkish Foreign...
3 HOURS AGO