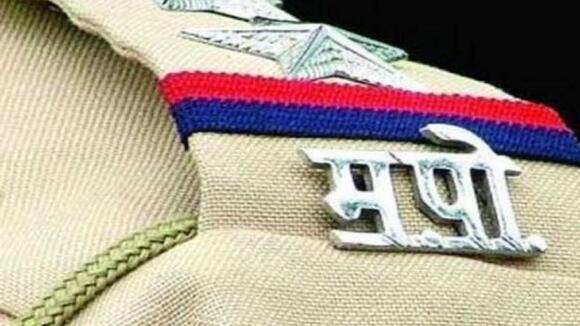 Mumbai, Nov 30 (SocialNews.XYZ) The Amboli Police have launched a manhunt to track down an absconder, who along with his friend, had stalk-chased two minor schoolgirls in their boss' Mercedes car last weekend in Andheri west, an official said here on Wednesday.

"We have already arrested one person and have formed a special team to track down the other missing accused... He will be nabbed soon," Amboli Police Station Senior Police Inspector Bandopant D. Bansode told IANS.

County Henrico in Virginia One man determined that performing his job duties as a police officer for Henrico County, Virginia, was insufficient. The county officer stopped his squad car when he noticed a driver in need, and he did something unexpected for Chy-Niece Thacker.
HENRICO COUNTY, VA・12 DAYS AGO
Anthony James

The welfare of the children is of utmost importance, and as parents, it is our duty to ensure that they are protected and have access to the care they need to grow and thrive. Unfortunately, in some cases, parents do not always provide this level of care and protection. This was the case for a 9-year-old girl who arrived at a local hospital pregnant.
2 DAYS AGO
Fox News

Florida mother found dead in street near SUV with her sleeping child inside ID’d, family says she was pregnant

Alana Sims, 22, was identified by her family as the woman who was found dead in a residential street in Tampa, Florida, near an SUV where her toddler was sleeping inside.
TAMPA, FL・1 DAY AGO
Savannah Aylin

Many people look younger than they are. I grew up hearing people telling my mom that she and I looked more like sisters. Even today, some of my friends and I are mistaken for teens even though we're well into our twenties. Most of the time, looking younger than you are is chalked up to having a "baby face" or "good genes." But some suffer from medical conditions that cause them to have a younger appearance.
1 DAY AGO
Business Insider

Wife of doctor accused of driving his Tesla off a cliff with his family inside shouted to rescuers 'he intentionally drove the car over' edge, DA alleges

The San Mateo County district attorney told reporters it was a "miracle" the family of four survived the 250-foot plunge in Northern California.
2 DAYS AGO
USA TODAY

Parents in Germany thought they discovered their daughter's dead body but police say their daughter is a murder suspect in her doppelganger's death.
MICHIGAN STATE・2 DAYS AGO