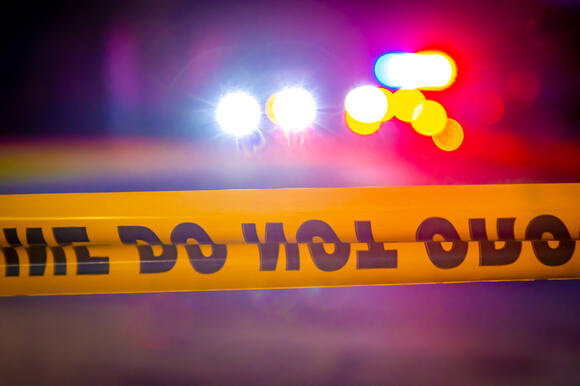 CHARLOTTE, N.C. (QUEEN CITY NEWS) — In just seven days, six juveniles have been arrested and hit with a slew of charges, including first-degree murder in Charlotte.

On Tuesday morning, CMPD announced that they had arrested and charged two juveniles in the alleged murder of Sharod Armstrong. Those two individuals joined two other youths and a 41-year-old man with connections to this case.

On Tuesday afternoon, authorities arrested two juveniles for their alleged involvement in the death of seventeen-year-old Damien Rodriguez early in November.

These kids face charges of attempted murder, robbery with a dangerous weapon, and conspiracy to commit murder and theft.

When word got out that the crimes involved youth, area juvenile mentorship group leaders reacted.

“Right now we are in a crisis,” Life Connections of the Carolinas mentor Alma Moore told Queen City News. “We have youth who are angry.”

Moore has worked with the Charlotte organization for the past eight years. She encourages youth to obtain their GED, job hunting, and hobby finding. Her team helps juveniles find positive influences at times when they need them.

Moore feels that “these are not kids who are at risk. “Rather, see shes them as “marginalized” kids.

“I’ve got kids who are constantly being detained,” Moore added. “They get out, and they have nothing to go to. Nowhere to really go to. You’ve got parents who aren’t parenting.”

Moore started with a client list of four juveniles who needed service in Charlotte eight years ago. She started the 2022 fiscal year with a cap size of about 60 minors she could help. Now, she has 80 children to help, with another 40 on a waitlist.

“We need to do better about having tangible resources for our youth. We’re not doing what we can do,” Moore explained.

Of her clientele, 88 percent come directly from juvenile court counselor referrals. Some, including three of her most recent referrals, have been children she’s also tried to help.

Her organization and juvenile clients feel the effects of a lack of volunteers and funding. They’d like to give each child their full, undivided attention but can’t when faced with the facts.

“You just can’t turn them down, but you have to have the funds for that,” she added.

Moore needs about 25 more volunteers to help serve the 150 juveniles her team expects to see over the next few months.

To find out how you can volunteer, or if you’d like more information about Life Connections of the Carolinas, click here .

"She was very artistic, and she saw everything in the world as something she could turn into a piece of art," said Katie Wetherbee, Morgan's sister.
CHARLOTTE, NC・2 DAYS AGO
Queen City News

CHESTER COUNTY, S.C. (QUEEN CITY NEWS) – An investigation is underway Saturday morning after a body was found in Great Falls, the Chester County Sheriff’s Office said. Deputies responded to calls regarding a missing elderly woman near Great Falls Saturday around 7:30 a.m. About 20 minutes later deputies were called to another area along McClinton […]
CHESTER COUNTY, SC・1 DAY AGO
Queen City News

MONROE, N.C. (QUEEN CITY NEWS) — A suspect is in custody after a chase that started at the Mecklenburg County line ended near Monroe, according to the Union County Sheriff’s Office. Authorities said the pursuit began after Union County law enforcement was notified by Charlotte-Mecklenburg Police that a stolen vehicle from the Charlotte area was […]
MONROE, NC・2 DAYS AGO
Queen City News

CHARLOTTE, N.C. (QUEEN CITY NEWS) – A Charlotte man is missing after leaving home for an appointment and never returning, Charlotte-Mecklenburg Police said Sunday. John Corrigan, 70, was last seen around 9 a.m. in a vehicle at his home near 7000 Ambleside Drive in north Charlotte. Corrigan had been traveling to an appointment on North […]
CHARLOTTE, NC・4 HOURS AGO
Queen City News

Trent Conard was named the next permanent police chief for the Gastonia Police Department on Friday.
GASTONIA, NC・2 DAYS AGO
Queen City News

CONNELLY SPRINGS, N.C. (QUEEN CITY NEWS) — A body found in a remote wooded area in Connelly Springs earlier this month was identified as a 30-year-old man reported missing in June, according to the Burke County Sheriff’s Office. Authorities said Philip Carter was last seen on June 22, 2022, walking on Hubert Lane near Will […]
BURKE COUNTY, NC・2 DAYS AGO
Queen City News

CHARLOTTE, N.C. (QUEEN CITY NEWS) – Lawmakers in the Carolinas are weighing what to discuss in this session, including critical race theory.
SALISBURY, NC・5 HOURS AGO
Queen City News

Police: Razor blades on gas pump handles in NC may not be widespread

Less than one week after a Charlotte mail carrier was kidnapped and robbed at gunpoint in the Starmount area, Union representatives and US Postal leaders met with mail carriers at the Starmount post office to discuss what safety changes could be made.
CHARLOTTE, NC・1 DAY AGO
Queen City News

Eight years ago, the planning began. City, state, and development leaders crafted a vision to turn the abandoned building into a lively centerpiece for the small downtown.
BESSEMER CITY, NC・2 DAYS AGO
Queen City News

MONROE, N.C. (QUEEN CITY NEWS) – In an emergency session Friday morning, the Union County Board of Education voted to rescind its school calendar that would have defied state law and started school three weeks early. The school district initially voted 6-3 in December to split with the North Carolina state law that declares when […]
MONROE, NC・2 DAYS AGO
Queen City News

"It was kind of funny because I be walking around Charlotte doing Door Dash," said Isaiah Evans. "Everyone [that I picked up food for was] like I know you, 'You play basketball!'"
CHARLOTTE, NC・1 DAY AGO
Queen City News