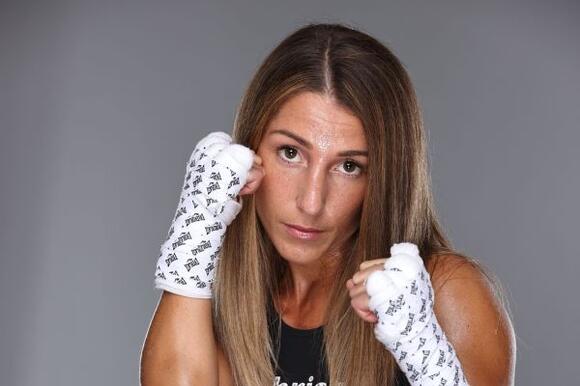 The junior flyweight unification fight between WBC champion Kim Clavel and WBA titlist Jessica Nery Plata set for Thursday in Laval, Canada, has been postponed after Clavel came down with the flu, her promoter tweeted Tuesday evening.

The fight was set to be the first title defense for both women. Clavel beat Yesenia Gomez by unanimous decision in July and Plata defeated Yesica Bopp in March.

Both fighters had been in Canada and participating in fight week activities when Clavel got sick.

It's unclear at this point when the two may end up fighting -- Clavel's promoter, Yvon Michel, did not offer details of when it could take place but said on Twitter he hoped to have more details Wednesday.

Whenever the fight does happen, it will bring the division closer to unification. Yokasta Valle won the WBO and IBF titles on Saturday by defeating Evelin Bermudez by unanimous decision.

The deal for the planned April 15 superfight between Gervonta Davis and Ryan Garcia hasn't yet been completed because of a dispute over the rematch clause, Garcia's promoter, Oscar De La Hoya, told ESPN on Monday.
1 DAY AGO
ESPN

Sydney will play host to Tim Tszyu's maiden world title fight next month, pipping Victoria and Queensland in what was a fierce bidding war.
15 HOURS AGO
ESPN

Champ vs. Champ: The history of superfights for double-champ status in UFC

Featherweight champ Alexander Volkanovski will aim to dethrone lightweight champ Islam Makhachev in the latest installment of a much smaller fighter trying to do the unthinkable. Why is this happening?
2 HOURS AGO
ESPN

Chelsea are increasingly confident Thiago Silva will sign a new one-year contract through to 2024, sources have told ESPN.
1 DAY AGO
ESPN

Marcin Oleksy is the first-ever amputee footballer to be on the shortlist for FIFA's prize for the best goal of the year scored by anyone, anywhere.
4 HOURS AGO
ESPN

The NFL has signed a 10-year agreement with DAZN Group to deliver the Game Pass International service to fans outside the United States beginning with the 2023 season, it was announced Tuesday.
NEW YORK STATE・1 DAY AGO