Bill to make 'swatting' a felony in Ohio moves forward 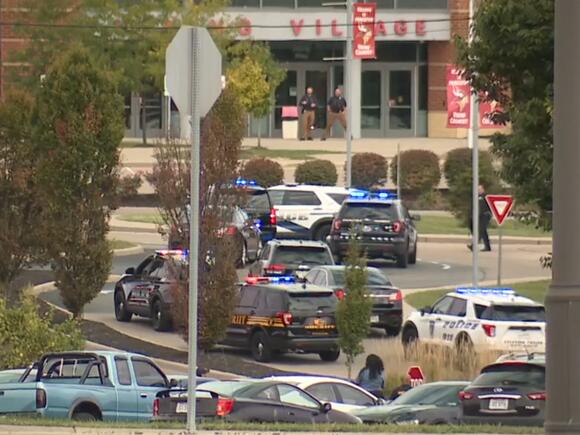 The Ohio House voted Tuesday to advance a bill that would make “swatting” a felony in Ohio. “Swatting” is when someone makes a false report of a serious threat.

“All across the country, folks have been killed in these instances — law enforcement officers and civilians as well,” said state Rep. Kevin Miller, R-Newark, who sponsored House Bill 462 .

If the bill becomes a law, violators could face prison time and potentially thousands of dollars in restitution.

“Typically, there's a huge law enforcement response,” he said. “That can involve bringing additional officers out early, holding officers out after their shift, so there's a cost to the public.”

Miller said the bill sets the tone that swatting is not acceptable in Ohio.

Opponents argue the bill is not necessary.

“The behavior this bill is meant to address is already illegal and more often than not is already a felony,” said Niki Clum with the Ohio Public Defender's Office in her testimony opposing the bill. “Adding additional overlapping charges just leads to a confusing criminal code, mistakes in trial, and a coercive stacking of charges.”

To become a law, the bill would also need to pass in Ohio’s Senate and be signed by the governor. If the bill doesn’t make it through those steps before the end of the session, Rep. Miller plans to reintroduce it next year.

A string of swatting incidents has disrupted schools across the Tri-State this year. On Monday, a false report of an active shooter sent hundreds of Winton Woods students on lockdown .

A similar false report was made earlier this month at Pleasant Run Middle School. Brandi Price received a text from her son when the school went on lockdown.

“I will never, ever forget that text ever,” she said. “He's like, ‘Someone says that it’s someone in a school with a gun.”

Kids can be heard laughing in the background of the 911 call that led to the lockdown. A young girl now faces charges for it.

“They don't realize how it's impacting the students, the teachers, their parents,” Price said.

Swatting is already a felony in Kentucky after a new law was signed into effect earlier this year.

READ MORE
'This will be very hard to stop': Increase in technology could lead to more swatting calls
Princeton High School among multiple Ohio schools targeted by national active shooter hoax
'It's stress, it's trauma': Expert weighs in on string of swatting incidents at Ohio schools

There are already laws on the books concerning this so perhaps law enforcement and the judicial system enforcement the the laws in place.

Personally, I think ANY false report to police should be a felony.

Ummm...correct me if I'm wrong...but isn't "swatting" really called "filing a false report"? This revamping of laws that already exist seems redundant to me. Just actually enforce the laws that are already in place and perhaps people would fear repercussions and not do such asinine things, instead of a simple slap on the wrist, catch and release democratic policies.

Ohioans continue to foot the bill of not just former Speaker of the Ohio House Larry Householder's public corruption trial, but also the bill that landed him in federal court.
OHIO STATE・1 DAY AGO
WCPO 9 Cincinnati

A new bill introduced to the Ohio Senate would prevent marijuana enthusiasts from facing charges for driving with THC in their system as long as they can prove they weren't impaired.
OHIO STATE・2 DAYS AGO
WCPO 9 Cincinnati

Getting cold for a cause: Hundreds participate in Polar Plunge at The Banks

This is the 17th year the Polar Plunge has been benefiting Speical Olympics in Ohio and Kentucky. Hundreds of people wear wild costumes as they take the plunge in 40-degree water.
OHIO STATE・1 DAY AGO
WCPO 9 Cincinnati

'It's a sad reality that we face': Ky. students discuss school safety

The Commissioner's Student Advisory Council, a group of high school students that advises Kentucky's Education Commissioner, presented its ideas on how to improve school safety in Kentucky.
KENTUCKY STATE・4 DAYS AGO
WCPO 9 Cincinnati

Prosecutor: Larry Householder 'sold the statehouse' and 'ripped off' voters

A federal prosecutor said former Ohio House Speaker Larry Householder “sold the statehouse,” ripped off the people he was elected to serve and made a backroom deal to exchange his power for money.
OHIO STATE・6 DAYS AGO
WCPO 9 Cincinnati

As the Kroger Co. pursues the largest acquisition in its history, thousands of employees ask why the company can't get their paychecks right.
WASHINGTON STATE・5 DAYS AGO
WCPO 9 Cincinnati

A few snow emergencies in effect where snow fell the most

Some counties in the Tri-State issued snow emergencies for early Wednesday morning before the reality of the weather came in to focus.
INDIANA STATE・5 DAYS AGO
WCPO 9 Cincinnati

Last year the CDC reported, 2.5 million middle and high school students admitted to vaping. Organizers of Thursday's event are calling it a growing threat to children.
CINCINNATI, OH・9 DAYS AGO