Shortage in amoxicillin raising concerns for families with sick children 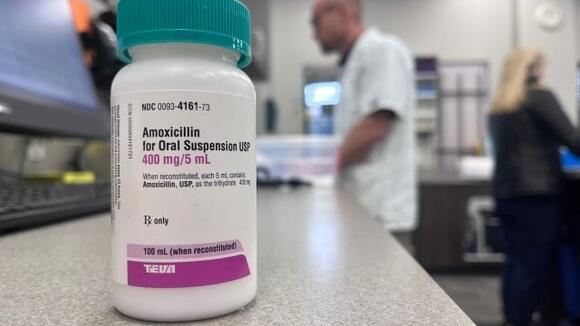 SPOKANE, Wash. — ‘Tis the season for strep throat, bronchitis and bacterial infections, and a shortage of a widely-used antibiotic is now causing a major headache.

Administrators with Spokane Schools say the absentee rate right now is double what it normally is.

The country’s short supply of amoxicillin is not helping the situation.

Families across the country are struggling to get this commonly-used antibiotic, which is raising concerns for their sick children. Erik Nelson, pharmacy manager at Sixth Avenue Pharmacy, says he’s trying to buy as much amoxicillin as he can.

“Parents tend to start freaking out when they can’t get their kids the medicines they need,” Nelson said.

For almost three weeks now, Sixth Avenue Pharmacy has struggled to get more amoxicillin, which is commonly used to help children with ear infections.

“There are a lot of sick people in the community right now,” Nelson said. “It’s going around.”

The shortage is not helping the rising demand for amoxicillin.

“There’s a big shortage along with other drugs,” Nelson said. “Nobody can really give me a clear answer why. We have been fortunate that we have been able to get several in. It lasts for a while and it goes away.”

As flu season hits, the pharmacy manager says he will keep trying to order the medication to meet the need.

The manager says the FDA has recently allowed them to compound.

“If it gets to the point where we need to start making it, from the guidance that came out, we will start doing that as well,” Nelson said.

This means they can make the drug from scratch from their own compounding lab for kids who are unable to swallow capsules or tablets.

The pharmacy manager also says you don’t want to assume your pharmacy has amoxicillin. His suggestions are simple — check with multiple pharmacies to see if they have medication and talk to your doctor for alternative medications.