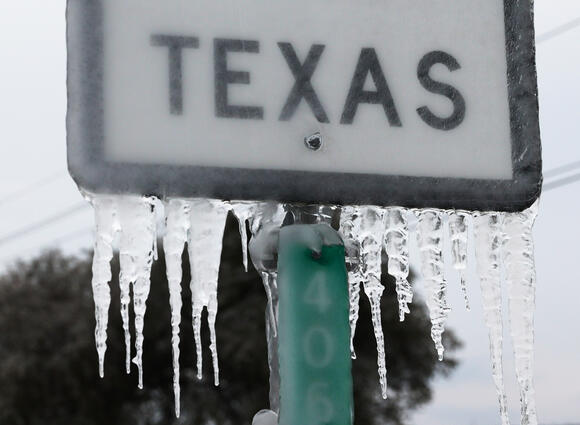 AUSTIN (KXAN) — Texas utility leaders said they feel confident the state’s power grid will be able to withstand winter weather this year, but they are still keeping an eye on certain extreme conditions outlined in two new reports about power availability and reliability.

In a press conference Tuesday, the Chairman of the Public Utility Commission of Texas Peter Lake said he “absolutely” expects the lights to stay on, given the changes implemented over the last two years.

At least 246 people died and millions were left in the dark when a winter storm plunged the state into freezing temperatures for days in February 2021. Lawmakers required power generators and electricity providers to prepare their equipment for freezing conditions.

Lake outlined several additional reforms, including improved communication across state agencies and the industry, as well as an effort to map critical infrastructure for the natural gas supply chain — which is needed to keep the state’s power generators online.

Still, a seasonal assessment report from the Electric Reliability Council of Texas, which operates the power grid, shows scenarios where Texans could be asked to conserve their power usage during an emergency. The most extreme scenario outlined in the report, involving high demand for electricity and generation outages, could result in outages and rolling blackouts.

“There is a scenario where under the most extreme conditions there is not enough power. That is not acceptable,” acknowledged Pablo Vegas, the new CEO of ERCOT. “We’re not trying to underplay it at all. It does reflect a very low probability scenario, so we want to be clear on what it is.”

Vegas went on to say he believes this is why an ongoing review of the electric market design will provide more long-term solutions. He pointed to the ever-growing population in Texas leading to increased demand for power. Meanwhile, he said many sources of power generation being added to the system are wind and solar generators — which provide more generation in the summer months than in the winter months.

Lake said they still will use “every tool available,” including calling for conservation, to avoid an emergency, but have avoided outages during record-setting heat this summer and even this past winter.

“The basic arithmetic of adding and subtracting numbers doesn’t account for the many reforms we have put in place like better coordination and communication,” Lake said.

Vegas also emphasized that weatherization requirements for power generators would have most “significant impact” on reliability. Since the 2021 storm, he said they have inspected 450 of these generators. Each year, they expect to inspect one-third of the state’s generators — meaning over the next four to six weeks, they plan to conduct 350 inspections.

On Friday, the Electric Reliability Council of Texas announced a new 6-Day Forecast on the Supply and Demand dashboard that will provide Texans with an extended view of upcoming grid conditions.
TEXAS STATE・3 DAYS AGO
BigCountryHomepage

These Texas cities are among the safest in America: report

Six Texas cities were highlighted as being the safest U.S. cities to live in.
TEXAS STATE・13 HOURS AGO
BigCountryHomepage

Nationwide, traffic fatalities rose 7.2% in 2020 to nearly 39,000. That number was the highest recorded since 2007.
TEXAS STATE・5 HOURS AGO
BigCountryHomepage

Tips to de-ice your windshield without damaging it

As winter weather blankets North, Central and parts of West Texas with frozen precipitation this week, many drivers will need to de-ice their windshield prior to driving.
TEXAS STATE・6 DAYS AGO
BigCountryHomepage

An invasive water plant is spreading from shore to shore across the Rio Grande -- spanning from Mexico to the United States, and clogging U.S. canals that supply water to South Texas towns. Border Report found spots on the international river completely covered by the plant
TEXAS STATE・4 DAYS AGO
BigCountryHomepage

Can kids ride in the bed of a truck in Texas?

Texas law puts restrictions on riding in the back of a pickup truck.
TEXAS STATE・1 DAY AGO
BigCountryHomepage

Nearly 1M drivers at risk of losing licenses. Are you one of them?

Texas judges have the right to keep drivers from renewing their license if they don't pay traffic tickets or the fines associated with delaying payment — and our investigation found nearly one million current orders to do just that. Our KXAN investigation found it's a system keeping people from driving to work, and childcare, and often trapping families in a cycle of debt.
TEXAS STATE・3 DAYS AGO
BigCountryHomepage

HARLINGEN, Texas (ValleyCentral) — Texas-favorite H-E-B has become America’s best, according to a ranking of grocery stores nationwide. According to Dunnhumby, a global customer data science company, H-E-B ranked No. 1 overall in their grocery Retailer Preference Index. The index features 63 of the largest retails in the country that sell both food and non-food […]
TEXAS STATE・4 DAYS AGO
BigCountryHomepage

HOUSTON (KIAH) In 2023, Netflix is trying to make sure no one is sharing account passwords. Do you share your Netflix passwords? In Texas, 53% of Texas Netflix subscribers said they do share their password, and watches and average of 760 hours of Netflix each year. That’s according to Techelate.com. The streaming giant sent a […]
TEXAS STATE・4 DAYS AGO
BigCountryHomepage

One Texas city among best in the country to get married

HOUSTON (KIAH) Valentine’s Day is just around the corner and many may think of popping the question, but it will cost you. The average wedding costs $28,000. However, there is one city in Texas that is ranked among the best to get married, according to a new study. Personal-finance website WalletHub today released its report […]
TEXAS STATE・6 DAYS AGO
BigCountryHomepage

The State Board of Education is changing its mind on "school choice" — voting Thursday to reverse its previous stance of asking Texas lawmakers to reject school vouchers or anything that gives public funding to private schools.
TEXAS STATE・3 DAYS AGO
BigCountryHomepage

As Texas lawmakers prepare to tackle school safety-related bills in the aftermath of the Uvalde mass school shooting, the mother of a Parkland school shooting victim hopes legislators in all states will remember her daughter's name in a push for silent panic alert systems in schools.
TEXAS STATE・5 DAYS AGO
BigCountryHomepage

Parents trust Democrats over Republicans when it comes to K-12 education, according to a new poll commissioned by the National Parents Union (NPU). The poll, released ahead of President Biden’s State of the Union address, found that 46 percent of surveyed parents trust Democrats to lead primary education policy, while 38 favor Republicans and 16 […]
VIRGINIA STATE・9 HOURS AGO
BigCountryHomepage

What former Texas high school quarterback will win the Super Bowl, Jalen Hurts, or Patrick Mahomes? Well, only time will time, but there were some serious lottery winners throughout Texas over the weekend.
TEXAS STATE・8 HOURS AGO
BigCountryHomepage

CHILDRESS COUNTY, Texas (KAMR/KCIT) – The Texas Department of Criminal Justice released information on an ongoing investigation after a package in the T.L. Roach Jr. Unit mail room was found to contain suspected drugs. According to the TDCJ, mail room clerks at the Roach Unit received a package containing a pair of shoes on Jan. […]
TEXAS STATE・3 DAYS AGO
BigCountryHomepage

The College Board on Wednesday released a revised version of an Advanced Placement African American studies course following criticism from Florida Gov. Ron DeSantis (R), who refused to allow the program to run in the state’s schools.  In a new framework for the course reviewed by The Hill, Black writers and scholars associated with critical race […]
FLORIDA STATE・5 DAYS AGO
BigCountryHomepage

Scott: ‘I don’t think it made any sense’ for McConnell to boot me from Commerce

Sen. Rick Scott (R-Fla.), who has challenged Senate Minority Leader Mitch McConnell’s (R-Ky.) leadership and strategy on multiple fronts, told CNN in an interview that he doesn’t think McConnell kicking him off the powerful Commerce Committee “made any sense.” But Scott said he’s undeterred by the setback, which some Senate conservatives think is payback after […]
FLORIDA STATE・4 DAYS AGO