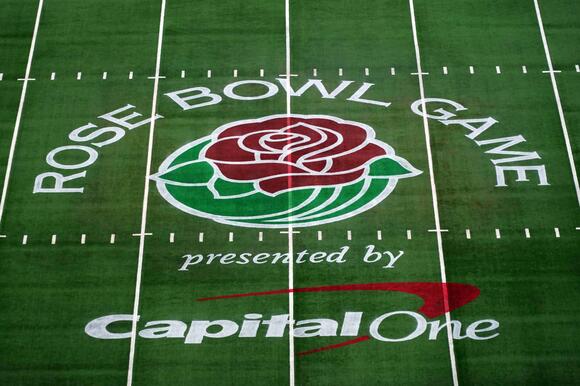 For all of the speculating about Penn State’s bowl projections we have been reviewing for the past few weeks, there could be one path to the Rose Bowl that we have yet to discuss. Could the Rose Bowl welcome Penn State as the Big Ten’s representative over Ohio State ? Kirk Herbstreit laid out the case for that scenario on Tuesday night during the revealing of this week’s College Football Playoff rankings .

The Rose Bowl is tied to take the Big Ten champion unless that team is playing in the College Football Playoff in a year when the Rose Bowl is not hosting a semifinal game. When that is the case, the Rose Bowl is set to get the next highest-ranked option from the Big Ten. As the rankings revealed on Tuesday showed, Ohio State at No. 5 would be three spots higher than Penn State at No. 8 , with a better record and a head-to-head victory in State College. So if Ohio State is left out of the College Football Playoff, in part because USC defeats Utah in the Pac-12 Championship Game, it would appear the Buckeyes would be a lock to play in the Rose Bowl.

But what if the Rose Bowl doesn’t want a rematch of Ohio State and the next best option from the Pac-12, Utah? Well, Kirk Herbstreit had a thought.

“I would just add that Penn State moving up to eight, and if everything plays out as it should this weekend, Penn State a viable candidate for Pasadena in my mind at 10-2,” Herbstreit said. “I don’t know if they would send Ohio State out there again after last year. Potentially maybe go Penn State to the Rose, Ohio State maybe to the Orange if they’re left out of the Playoff.”

And it turns out, Herbstreit is on the money with that thought. According to the Rose Bowl contract, the game can take an alternate team from a cluster of options if available and if it makes sense. One of the reasons the Rose Bowl might consider another option would be based on the last time a team played in the game. Ohio State played in the Rose Bowl last season, against Utah, and has been to Pasadena twice since Penn State’s last visit in the 2016 season.

Bryan Fischer shared the Rose Bowl selection process to clarify the process that could end up benefitting Penn State.

Well, this just got a whole lot more interesting for Penn State.

Bowl selections will be made official on Sunday afternoon, so we will know for sure just where Penn State will be going bowling. But at this point, it appears to be as close to a lock as it can be that Penn State will be in a New Years Six bowl game. 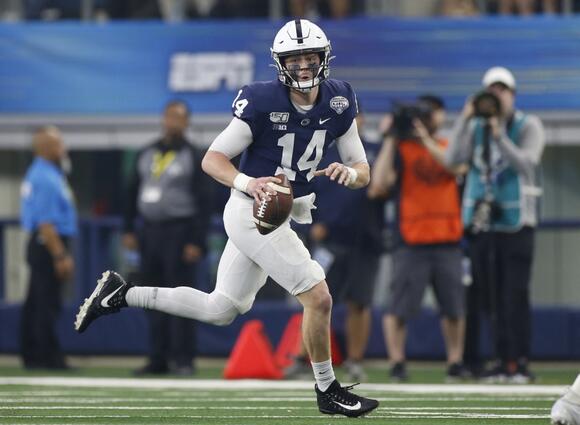 As Big Ten leaves ESPN, the end of the ACC/Big Ten Challenge is official

The Alabama Crimson Tide finally hired an offensive coordinator. Tommy Rees leaves Notre Dame to become Bill O’Brien’s replacement in Tuscaloosa. Frankly, the move is a surprising one given he has merely had relatively moderate success at the college level. Rees has coordinated the Notre Dame offense since 2020. In those three seasons, the team only once eclipsed 35 points per game.
TUSCALOOSA, AL・2 DAYS AGO
USA TODAY Sports Media Group

The Ohio State football team will be without two more of its members when the 2023 season officially begins. Not because of the transfer portal or NFL declarations, but because it’s time to move on. It was announced that both Tyler Friday and Palaie Gaoteote will not return for...
COLUMBUS, OH・2 DAYS AGO
USA TODAY Sports Media Group

As you’ve heard and read from me many times before, Notre Dame is never boring. It’s always the next something. And here we are again. In what is normally a rather slow part of the calendar in terms of news and action, big news dropped out of South Bend. Now offensive coordinator Tommy Rees has left Notre Dame for the same role at Alabama.
SOUTH BEND, IN・1 DAY AGO
USA TODAY Sports Media Group

Just a few short months ago, former Ohio State great Luke Fickell was named head football coach at Wisconsin. Now the Badgers have grabbed another former Buckeye to join the coaching staff: Tuf Borland. He will be a defensive grad assistant on Fickell’s staff after a short stint in the NFL.
MADISON, WI・1 DAY AGO
USA TODAY Sports Media Group

How each Big Ten team finished in 2023 recruiting rankings

National signing day has come and gone and while most teams had filled up their classes prior, during the early signing period, there were a few additions once the ink was dry. That said, the 2023 classes are now set in stone, and with recruiting being the lifeblood of any...
1 DAY AGO
USA TODAY Sports Media Group

Look out, the next great Manning quarterback might be on the way. Marshall Manning, the son of five-time NFL MVP Peyton Manning, is 11 years old now and has been growing up on the sidelines of NFL games. He’s been coached by his dad — and some of Peyton’s former teammates — in flag football for several years now, and Marshall has developed quite the arm.
LAS VEGAS, NV・1 DAY AGO
USA TODAY Sports Media Group

If Texans traded with Bears for No. 1 overall, what would it cost Houston?

The Chicago Bears are contemplating dealing the No. 1 overall pick. So says Todd McShay from ESPN, who relayed some of the chatter he had heard this past week at the Senior Bowl in Mobile, Ala. I’ve heard similar in talking to scouts and execs this week about Chicago’s situation....
CHICAGO, IL・1 DAY AGO
USA TODAY Sports Media Group

The Big 12 standings are taking shape in the early days of February. The Texas Longhorns are moving into strong positioning after wins over the Baylor Bears and Kansas State Wildcats. It wasn’t such a great week for the Wildcats after dropping two games for the week and losing its...
KANSAS STATE・1 DAY AGO
USA TODAY Sports Media Group

One potential candidate for the 49ers’ defensive coordinator job appears to be heading to the Minnesota Vikings. Mike Klis, of 9News in Denver, reported the Broncos have released defensive coordinator Ejiro Evero from his contract despite their efforts to keep him in Denver. Klis also reported “all signs point to Evero as (Vikings’) DC.”
MINNEAPOLIS, MN・1 DAY AGO
USA TODAY Sports Media Group

Florida’s quarterback of the future, 2024 five-star Willis signal caller DJ Lagway, might also be a future baseball star for the Gators. Schools recruited Lagway for both sports throughout high school. He picked up baseball offers from well-established programs such as LSU, Oklahoma and Texas A&M before committing to Florida for football, and the assumption is that he’ll end up playing for baseball head coach Kevin O'Sullivan’s squad at some point.
GAINESVILLE, FL・1 HOUR AGO
USA TODAY Sports Media Group

Oklahoma's Caleb Shaffer an underrated transfer portal add per On3

With Oklahoma Sooners offensive guard Chris Murray following tackles Anton Harrsion and Wanya Morris to the NFL Draft, OU will have a new faces on most of the offensive line for 2023. One of those new faces will be Miami (Ohio) transfer Caleb Shaffer. The former three-star recruit has been...
NORMAN, OK・3 HOURS AGO
USA TODAY Sports Media Group

Michigan State basketball hosts Maryland in an important Big Ten matchup on Tuesday, and if you’re wondering how you can watch the action live, you’ve come to the right place. The Spartans enter this home matchup looking to get things back on track after losing to Rutgers on...
EAST LANSING, MI・2 HOURS AGO
USA TODAY Sports Media Group

Billy Napier and Co. are cranking away on the college football recruiting trail with the sports’ offseason now in full swing. While plenty of time is being spent helping the class of 2023 settle in on campus, the program continues to move forward in search of the best and brightest to play in the Swamp.
GAINESVILLE, FL・2 HOURS AGO
USA TODAY Sports Media Group

Winter conditioning workouts are underway for college football teams across the country and many are starting to look ahead to the upcoming season. Athlon Sports was one of the first media sites to do so, officially releasing their early Big 12 power rankings for 2023 last week. While these could certainly change over the coming months, it’s our first glance at power rankings that include the four new additions to the conference.
KANSAS STATE・3 HOURS AGO
USA TODAY Sports Media Group

REPORT: Familiar name has emerged as a potential candidate for Alabama's DC opening

Alabama’s defensive coordinator opening has created a lot of headlines over the last couple of weeks and it now appears that a new yet familiar name has emerged as a contender for the job. Kevin Steele, Miami’s current defensive coordinator has reportedly become one of Nick Saban’s primary targets...
TUSCALOOSA, AL・1 DAY AGO
USA TODAY Sports Media Group

Senior Bowl practices are officially in the books, and just like every other installment, this year’s week of festivities saw a handful of NFL draft prospects send their stock in the right direction with impressive performances. Here are my picks for the biggest winners at every position from the...
ILLINOIS STATE・2 DAYS AGO
USA TODAY Sports Media Group

No. 13 - Broderick Jones, OT, Georgia. The Jets land the last of the big three offensive tackles and solidify an offensive line that will also be returning Alijah Vera-Tucker and Mekhi Becton — at least the hope is the latter can stay healthy. No. 44 - John Michael...
GEORGIA STATE・2 HOURS AGO