KROGER shoppers have been disappointed after the grocery chain shared that a major update won't happen before 2023.

Despite an Ohio law that was passed legalizing sports betting in the state come January 1, 2023, Kroger's new kiosks won't be in operation that quickly.

Kroger, which is based in downtown Cincinnati, has been granted licenses to operate sports betting kiosks at 13 of its locations in the area.

In total, Kroger has received licenses for 42 of its stores across the state of Ohio.

A spokesperson for the grocery chain told the Cincinnati Business Courier that sports betting likely won't begin at the store until the spring. 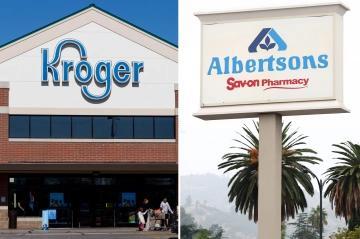 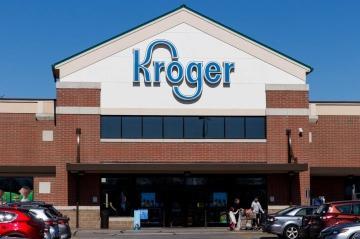 “We are still doing our due diligence for the program,” the spokesperson told the outlet.

"We are continuing this process and expect to learn more in summer 2023.”

The spokesperson added that despite the number of licenses Kroger has been granted, there won't be functional kiosks at all of the 42 locations.

The number of stores that will have kiosks “is still under consideration,” the spokesperson said.

“The initial list encapsulated all possible stores where this program could occur, not necessarily all locations where activations will happen."

News of the delay to the kiosks comes as the impending $25billion merger of Kroger and Albertsons has become the focus of an anti-trust panel in the Senate Judiciary Committee.

Kroger is attempting to purchase Albertsons for nearly $25billion.

The merger will impact 5,000 stores across 48 states and boost Kroger's worth by $47billion.

The U.S. Sun has reached out to Kroger for further comment.

Ten new store openings in 2023, including Aldi and Sam’s Club – see if your favorite brand is coming to your city

THOUGH many retailers have struggled with widespread closures after the pandemic, there are still several companies expanding their footprints. These major chains are looking to grow into new regions across the country, including bargain retailers Five Below and Dollar General as well as grocery store Sam’s Club. Here are...
ILLINOIS STATE・2 DAYS AGO
The US Sun

CUSTOMERS with a sweet tooth might want to head over to Costco’s bakery section, as a new product has launched. The discovery comes from Instagram super fan account costcobuys, which has 667,000 followers. Specifically, the item is called Cherry & Cheese Pastries. They were described in a video as...
COLORADO STATE・1 DAY AGO
The US Sun

WALMART shoppers have been warned to be vigilant about skimmer devices when using credit card machines at the retail giant. TikTok creator Abundance Tori shared a video in which she claimed to have spotted a skimmer on a machine at a Walmart in Houston. "My credit card info was almost...
HOUSTON, TX・2 DAYS AGO
The US Sun

CASEMIRO received his marching orders after putting his hands around Will Hughes' neck in Manchester United's 2-1 win over Crystal Palace. The Brazilian went a step too far in the second half after a tackle on Antony sparked a mass brawl. While confronting Hughes, with United holding a 2-0 advantage...
1 DAY AGO
The US Sun

NORTH CAROLINA police are seeking the public's assistance in locating a missing woman and her two children who have been missing for several days. The Pender County Sheriff's Office is searching for Melinda Sue Hull, 32, and her children, Gavin, 10, and Gracie, seven. They were last spotted in Rocky...
PENDER COUNTY, NC・2 DAYS AGO
The US Sun

A MASSIVE fire has erupted after a freight train derailed, forcing nearby residents to evacuate as flames engulf the area. About 50 train cars veered off the tracks near the Ohio-Pennsylvania state line on Friday at around 9pm. The derailment caused the surrounding area in East Palestine, Ohio to burst...
EAST PALESTINE, OH・1 DAY AGO
The US Sun

THE family of a 74-year-old missing Lyft driver has spoken out after his car was found days after he vanished, with another man inside. Gary Levin, a Lyft driver from Palm Beach Gardens, Florida, went missing on Monday. His red 2022 Kia Stinger was discovered up the East Coast in...
PALM BEACH GARDENS, FL・1 DAY AGO
The US Sun

SOLDIERS fighting in Ukraine's bloodiest battle have a life expectancy of just four hours as they fight "drugged up" Russians. Ukrainian troops in the battle for Bakhmut are fighting against what they’ve alleged is a zombie-like army that often outnumbers them 10 to 1. A once popular tourist destination,...
10 HOURS AGO
The US Sun

TAMMY Slaton's home has been broken into, and the thieves took everything even if it was attached to the wall. The break-in occurred in May of 2022, but the TLC reality show 1000-lb Sisters will cover the break-in in the upcoming episode. The U.S. Sun was able to exclusively confirm...
KENTUCKY STATE・2 DAYS AGO
The US Sun

MIKEL ARTETA was allegedly forced to pull Oleksandr Zinchenko off the pitch after Arsenal's loss at Goodison Park. The Ukrainian had been involved in an altercation with Neal Maupay towards the end of the game, and it has been suggested that the arguments continued after the full-time whistle. Arsenal tempers...
1 DAY AGO
The US Sun

OZZY Osbourne has been seen for the first time since cancelling his upcoming shows and retiring from touring. The 74-year-old singer made the announcement this week and said he's "not physically capable" after a recent operation. Black Sabbath icon Ozzy was today photographed looking frail as he walked with the...
2 DAYS AGO
The US Sun

THE dog walker seen on the same route just minutes after Nicola Bulley went missing has revealed that women are now scared to go out in the village. Nicola, 45, disappeared a week ago while walking her dog along the River Wyre in Lancashire. Cops had issued a CCTV image...
2 DAYS AGO
The US Sun

GMA fans have been asking Lara Spencer how much longer she has to wear a boot after she returned to the show in shocking footwear this month. Numerous GMA viewers shared their concern for her in the comments of a photo the co-anchor shared on Instagram on Thursday. In the...
2 DAYS AGO
The US Sun

PAUL INCE has accused Erik ten Hag's Manchester United staff of showing him a "lack of respect" by snubbing him for a post-match drink. The former Red Devils midfielder took Reading to Old Trafford last weekend for their FA Cup fourth-round clash, which they lost 3-1. Ince's former manager Sir...
2 DAYS AGO
The US Sun

A DRIVER was left furious after his neighbour stole his parking space just moments after he had shovelled it clear of snow - before exacting an ice cold revenge. The man said he had spent 45 minutes in the "freezing cold" to clear the path to his wife's car - only to discover that his neighbour had taken the spot when he returned.
1 DAY AGO
The US Sun

A MOM has slammed a local police department for accepting the resignation of a police officer who is charged with manslaughter for her teen cheerleader's death. The officer allegedly ran a red light at 86mph during an ill-advised police chase and collided into Maggie Dunn, Liam Dunn and Caroline Gill’s car in a deadly accident.
2 DAYS AGO
The US Sun

LIKE most mums Bryony Maynard’s priority is keeping her two-year-old son fed, clean and warm. But in doing so, she’s had to skip showers, dilute hair products with water and purchase cheap men’s razors, which irritate her skin. The mum, who is unemployed due to the rising...
2 DAYS AGO
The US Sun

VLADIMIR Putin is planning to launch a new "revenge" offensive in Ukraine as Russia losses near 200,000, Western intelligence claims. According to new numbers, Vladimir Putin has seen some 200,000 soldiers wounded or killed in the Ukraine war, according to a report that cited US and Western officials. Citing US...
2 DAYS AGO
The US Sun

SALT Bae was filmed meeting wanted billionaire Isabel dos Santos at his Dubai restaurant as she continues to dodge cops on luxury trips. Interpol have issued a "red notice" for the 49-year-old tycoon's arrest for alleged embezzlement, fraud, influence peddling and money laundering. She has faced corruption accusations for years...
2 DAYS AGO
The US Sun

A MYSTERY bug has left up to 130 school children projectile vomiting in a scene one teacher compared to Armageddon. Youngsters at the Wayne N. Tanaka Elementary School in Las Vegas fell ill last Friday, according to local reports. A week on and parents say they are still not clear...
LAS VEGAS, NV・2 DAYS AGO